England trio join Heaslip on Player of the Year shortlist

Jamie Heaslip joins a trio of Englishmen on the shortlist for the World Rugby Men's Player of the Year awards. [more] 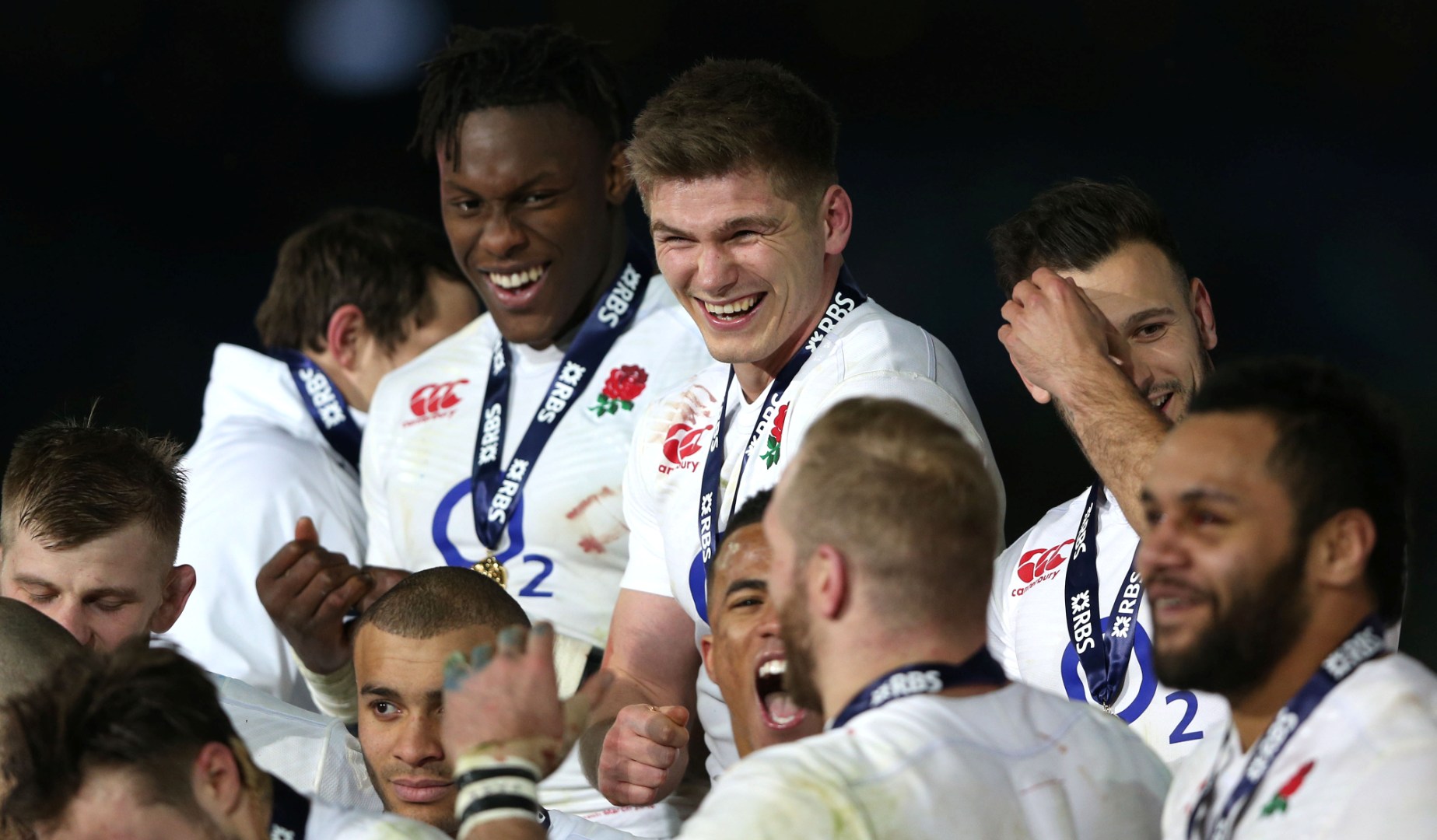 Jamie Heaslip joins a trio of Englishmen on the shortlist for the World Rugby Men’s Player of the Year awards.

Four players from the home nations have been named on the six-man shortlist, with Heaslip included alongside England’s Maro Itoje, Billy Vunipola and Owen Farrell.

All Black pair Dane Coles and Beauden Barrett complete the list as the six players seek to succeed Dan Carter for the title which has previously been won by British & Irish Lions trio Keith Wood, Jonny Wilkinson and Shane Williams.

World Rugby Chairman Bill Beaumont said: “There is class in abundance with New Zealand’s Barrett and Coles, England’s Vunipola, Itoje and Farrell and Ireland’s Heaslip. There is also a great mix of experienced, proven campaigners and exciting young talent.”

Playmaker Owen Farrell is nominated for the second time for the award, after first getting the nod four years ago.

Used at inside centre for much of the season, combining with former England Under-20s colleague George Ford, Farrell has scored more international points than any other player this season, racking up 135 in just eight matches.

With 44 caps to his name, Farrell will be looking to kick on in November to earn selection for a second British & Irish Lions Tour.

Seven years after his first nomination, Jamie Heaslip is once more in contention for the prize after a string of fine performances for Ireland.

The 32-year-old No 8 was one of the standout performers against the All Blacks in Chicago, setting up Robbie Henshaw for the final try in the 40-29 success.

This nomination is one of two this year for Heaslip, who is also up for the IRPA Try of the Year for his score against Italy in the RBS 6 Nations.

Like Heaslip, Maro Itoje has been nominated in more than one category this year, after also being named on the three-man shortlist for the Breakthrough Player of the Year.

At just 22, Itoje is the youngest nominee on the shortlist and only made his international debut in 2016.

The second row enjoyed a remarkable season in 2015/16, finishing on the winning side in every match he started as part of a 31-game run.

The arrival of Eddie Jones has marked a turning point for Billy Vunipola, who has enjoyed a breakthrough year for England.

Named man of the match in three of the five RBS 6 Nations clashes, on the way to the Grand Slam, Vunipola has cemented his place at the base of the English scrum.

Also named vice-captain by Jones, Vunipola is thriving with his new-found responsibility.

All Black pair Dane Coles and Beauden Barrett are the other two players included on the shortlist, having helped New Zealand to the Rugby Championship title in 2016.

Coles has started ten matches, coming off the bench in an 11th, scoring four tries, while Barrett trails only Farrell in terms of Test points scored this year.