It's a hard thing to pick out a hero of the 2009 British & Irish Lions Tour really, but looking back there were two players that stood out for me. [more] 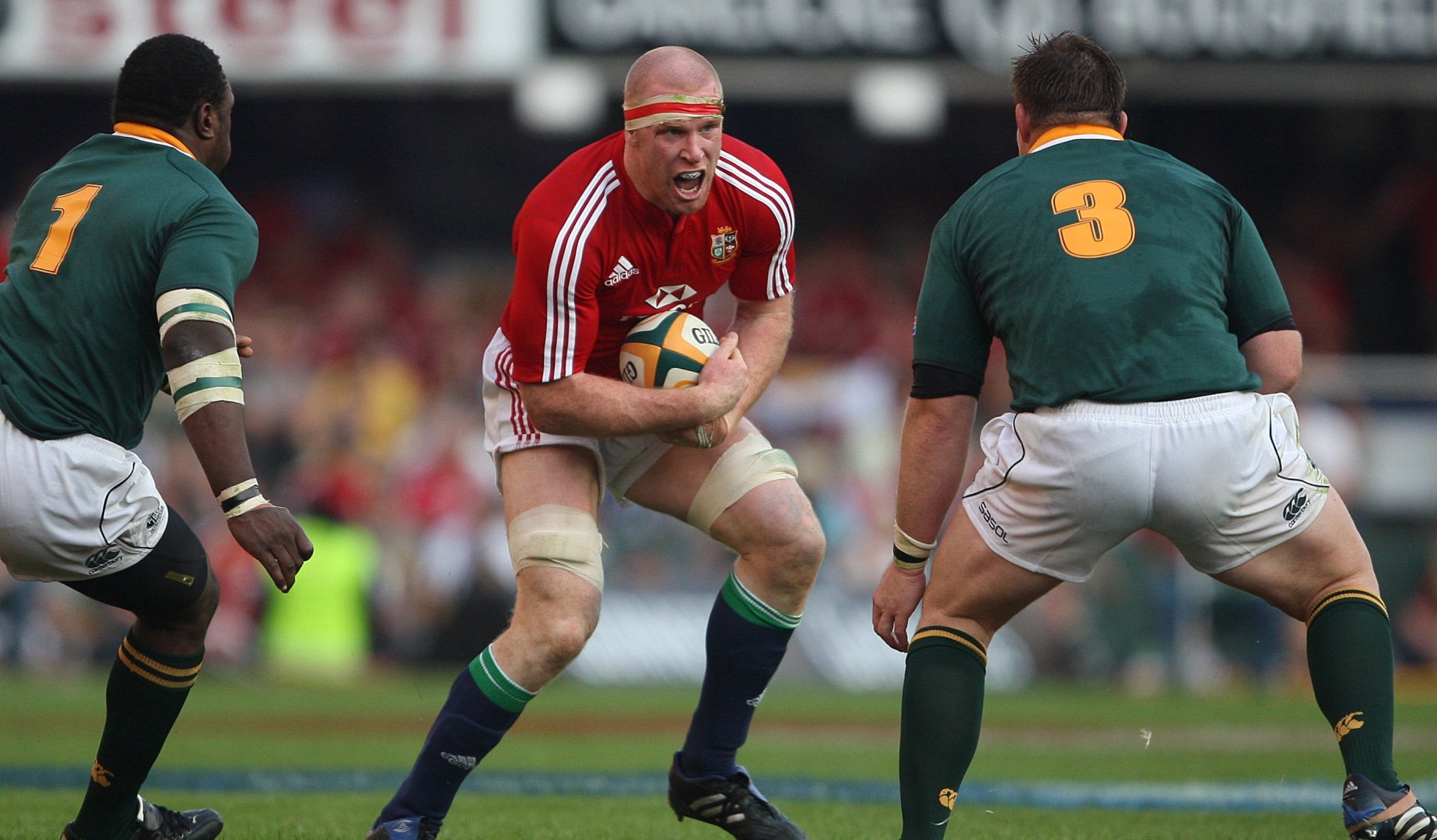 It’s a hard thing to pick out a hero of the 2009 British & Irish Lions Tour really, but looking back there were two players that stood out for me.

And rather than being any of my fellow Welsh players, believe it or not it was two Irish guys in Paul O’Connell and Brian O’Driscoll that set the standard.

Wales and Ireland of course had been fierce rivals for years. I had come up against them for my country three times before the Tour and it was always a fierce battle.

To then go on the Tour with them was pretty surreal really, as I had always looked up to both as superb players.

Brian had a longer professional career than myself, and I grew up watching him – so to play alongside him and see what he could do in training was incredible.

Brian and I roomed together and of course were both ruled out of that Tour with injuries, but while we never really spoke about that, he was the sort of man who would have been there if I’d needed it.

Paul O'Connell and Lee Byrne were fierce rivals during the 2009 Six Nations, just a matter of months before the Tour to South Africa

Paul was really a true leader and deserved captain of that Tour. On and off the field he was a superb bloke and exactly what you wanted from a captain.

He’s very approachable and you could easily just sit with him and have a cup of coffee. The conversation was always interesting – he is a very well brought up bloke.

It felt almost immediately like we were no longer rivals; every year we would play in the Six Nations or in the league but coming together in camp and being together on the Tour, you realise just what a top guy Paul was.

He was a ferocious competitor and it was a shame his international career ended the way it did, but he will be remembered for the exceptional way he led the Lions, Ireland and Munster rather than that.

THE SPIRIT OF THE LIONS

The thing I really took away from the Tour, and something that Paul really got behind, was how rugby comes together on day one.

After that very first training session, it’s like you’ve known each other your whole lives and you’d do anything for each other.

That just sums up the game of rugby; you come together and in four weeks you are the best of mates on the field and off it, and I’m still in touch with a lot of the guys now.

Those friendships last, and it still feels good to reminisce about our time with the Lions.

Lee Byrne was in conversation with Jack Miller