Ross Ford will win his 100th Scotland cap as Vern Cotter's side get their autumn campaign underway against a buoyant Australia side at BT Murrayfield. [more] 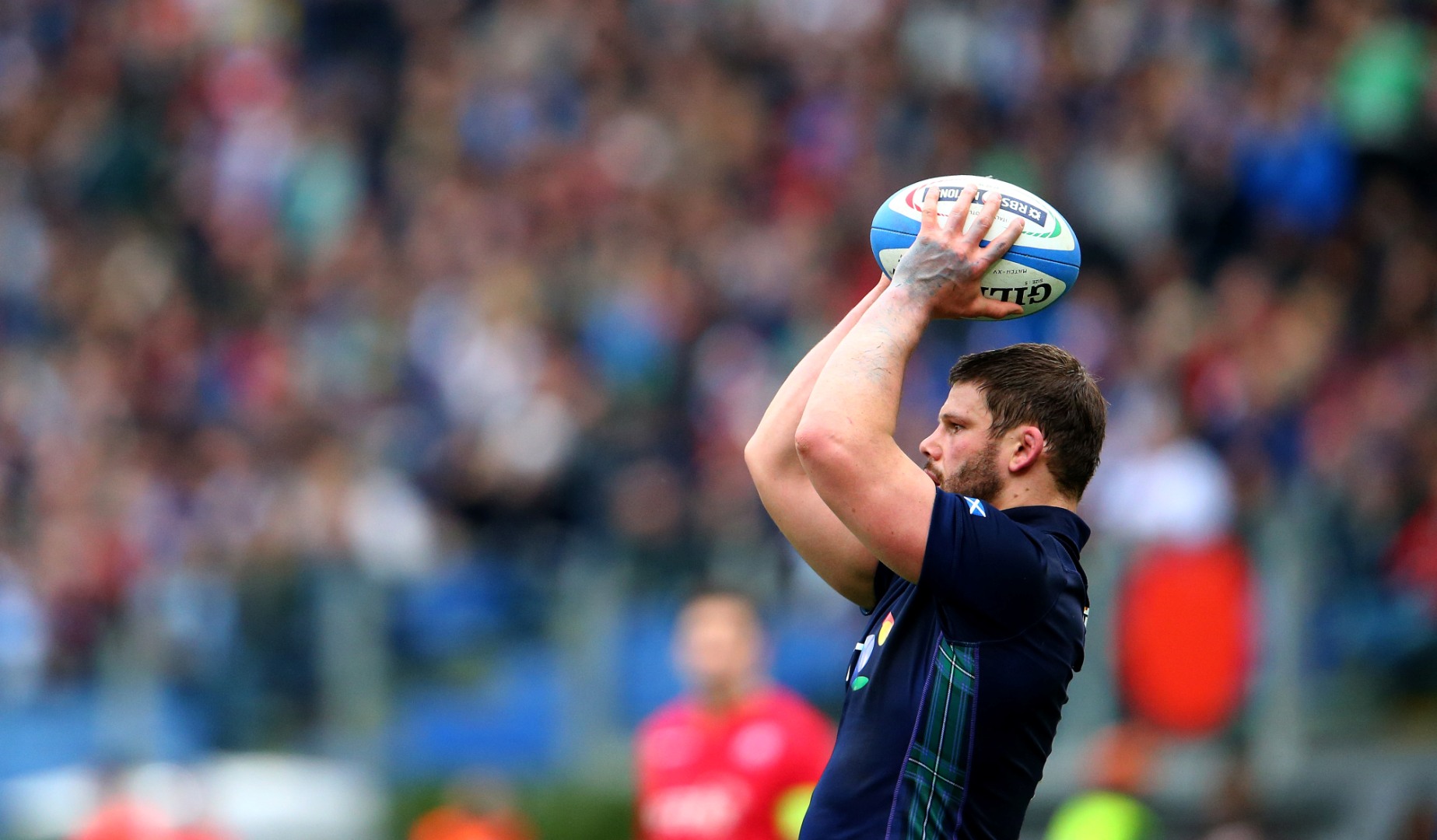 Ross Ford will win his 100th Scotland cap as Vern Cotter’s side get their autumn campaign underway against a buoyant Australia side at BT Murrayfield.

Edinburgh hooker Ford has one Test cap for The British & Irish Lions, but after missing both summer Tests with a calf problem, he will finally become a centurion for the Scots alongside 24-year-old clubmate and debutant Allan Dell.

Zander Fagerson wins a second cap alongside veteran Ford, who won his first Test cap against the Wallabies and joins fellow Scots Sean Lamont and Chris Paterson in winning over 100 caps, against an Australia side who arrive full of form after a powerful performance at Principality Stadium, running out 32-8 winners over Wales.

Scotland though, have won two of their past four internationals against Australia and with the average points difference between the two sides just 2.75 in that period, expect a tight affair.

Team News:
Lions Stuart Hogg and Richie Gray, along with brother Jonny, John Barclay and Ryan Wilson are the only survivors of Scotland’s last Test – a 21-16 win over Japan in June.

Saracens’ Lion Sean Maitland starts on the wing, with an in-form Tim Visser starting on the opposite flank while Stormers centre Huw Jones wins his second cap in the centre alongside Alex Dunbar.

WATCH | Ross Ford on his 100th and his 1st appearance against Australia! https://t.co/yFimNVzjrR #AsOne

Finn Russell returns to start at fly-half for the first time since the RBS 6 Nations, while Greig Laidlaw captains the side from scrum-half and is up against returning Stade Français scrum-half Will Genia – who played three Tests against the Lions in 2013.

It is a clash of giants in the second row as the Gray Brothers meet Rory ‘four-storey’ Arnold and Adam Coleman – Jonny Gray is the only one of the four under two metres tall, while they have a combined weight of nearly 500kg.

The Grays are a towering presence in the lineout and have – especially since Cotter’s arrival – had a brilliant understanding with Ford, as well as challenging well against opposition ball in what will prove a critical contest in the Scottish Capital.

What they’ve been saying:

Ross Ford (Scotland hooker): "It’’s only when you get into the 90s that you’re thinking there aren’t many people have got in the hundreds. There’s only been two Scottish players before me and I think there have only been 44 in world rugby so it creeps up on you slowly."

Michael Cheika (Australia head coach): "Who are we? We're nobody. Why have we got a higher status? We've got nothing," Cheika said. “Right now, both teams are equal and the only thing that separates them is what happens on match day. No one is looking at [rankings], the only thing we're looking at is Saturday.”

Two of the world’s best attacking full-backs go head to head at BT Murrayfield, Hogg – a Lion in 2013 – and Folau, who made his Australia debut in the first Test against the Lions that year can both threaten from all over the field and are central to their sides’ attacking shapes.

Folau – who played a lot of rugby at centre for the Waratahs this year – frequently joins the line and the Scottish defence will have to be sharp as a tack to stop the full-back causing a ruckus in the wide channels.

Hogg’s pace, footwork and audacious ability to attack from deep could be critical, but in a game that has proved close in recent years, his long-range kicking boots could also come in handy.

Of the 29 occasions the two sides have met, Australia have won 20 and Scotland nine, whiles the Scots have won seven of the 16 Tests in Edinburgh.