Ultan Dillane produced a magnificent all-round display as Ireland put on a half-century of points in a 52-21 victory over Canada. [more] 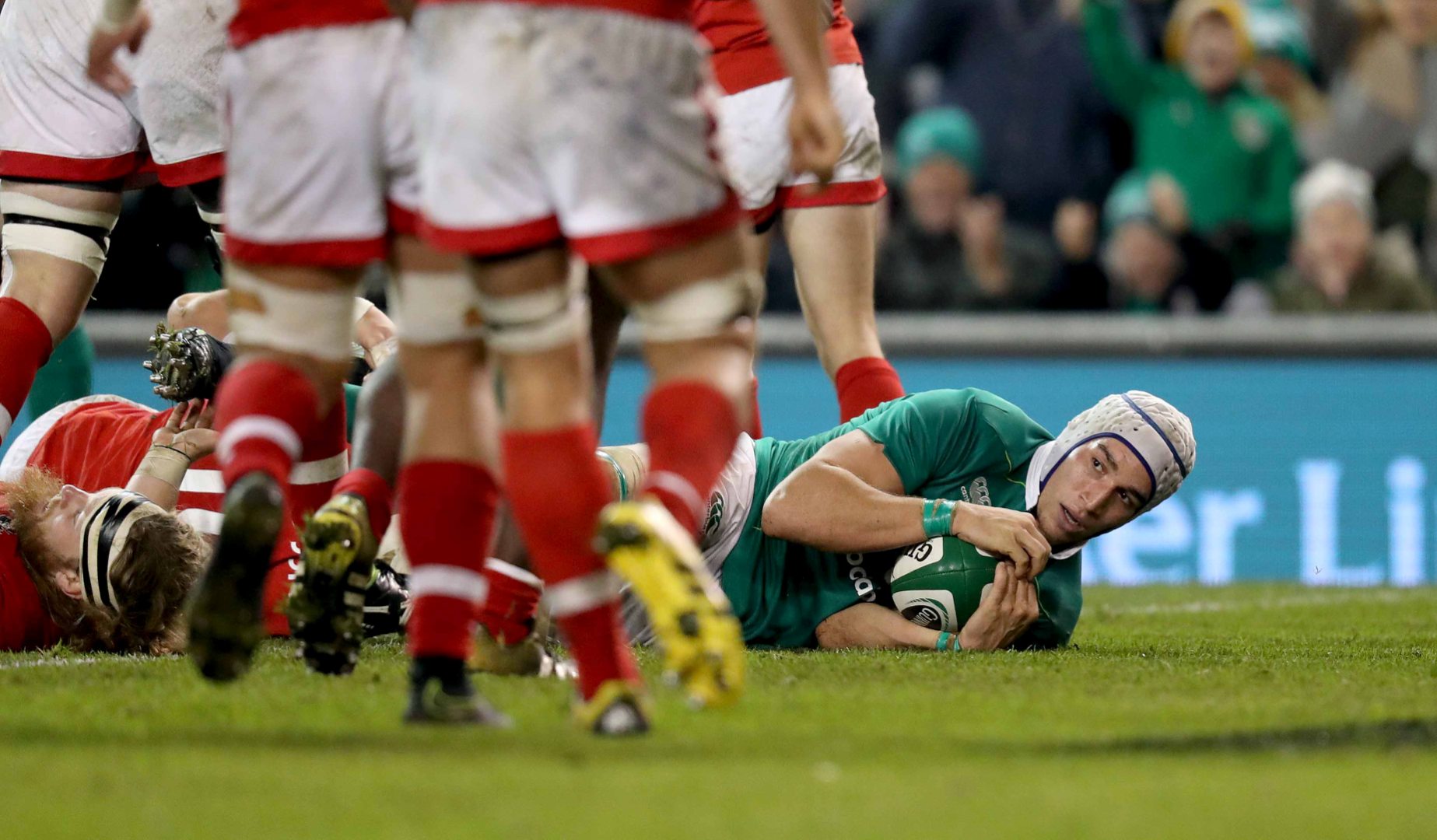 Ultan Dillane produced a magnificent all-round display as Ireland put on a half-century of points in a 52-21 victory over Canada.

A week on from their brilliant win over the All Blacks in the USA, Joe Schmidt’s men made a successful return to Dublin, overcoming a stubborn Canadian outfit, scoring eight tries in all.

Dillane opened his account on the Test scene with a try in the second half as Ireland finally ended Canadian hopes of an upset.

And there were also first Test tries for Tiernan O’Halloran, who scored two, Kieran Marmion and debutant James Tracy in a promising display.

Ireland fly out of the blocks

Despite making 15 changes, Ireland carried the momentum of Chicago into this clash in Dublin with two tries to open up a convincing lead.

The first came after just six minutes, with Kieran Marmion collecting the ball off the back of a maul, perfectly drawing his man and sending Keith Earls over for the diving score in the left-hand corner.

Paddy Jackson converted, and then played creator for the second try, delivering the pass for Luke Marshall to reach over the line.

It was an accomplished display from Jackson, who opened up Canada both with his passing and some clever tactical kicking.

Just as it looked as if Ireland were going to run away with it, Canada fought back with two tries in quick succession.

First DTH van der Merwe showed his opportunism with an interception score as he read Marshall’s intentions, pounced on his long pass and had enough strength to get over.

His wing partner Taylor Paris matched him five minutes later, popping up in the middle of rolling maul to force his way over. Gordon McRorie converted both to level matters on the half-hour.

Dillane had played his part off the bench a week ago, and relished the chance to start in this one, with one rampaging break and handoff a highlight of his first-half display.

And two of his provincial teammates combined to ensure Ireland would go in ahead at the break. Tighthead Finlay Bealham started it, with a strong charge, and then a brilliant offload to Tiernan O’Halloran on his shoulder.

The full-back showed all his pace to race over from halfway, with Jackson’s conversion making it 21-14 at the break.

As they had in the first half, Ireland were first on the scoreboard in the second half, this time making the most of their set-piece.

Canada had caused them a few problems in the first half, but it was a different story after the break, with a couple of big drives leading to a penalty try for the hosts.

Jackson’s conversion made it 28-14, but Canada responded, Matt Evans forcing his way over despite a brilliant defensive effort from O’Halloran to try to hold him up over the line.

Dillane had already impressed in the first half, and he followed it up with a first Test try as Ireland killed off any hopes of a comeback.

WATCH: Straight from kick-off. This is the reaction Ireland wanted. SS3. Brought to you by @DoveMen #scrumtogether https://t.co/ANrHZwnOAD

From the restart they claimed the ball and after a number of phases, eventually opened up the space for Dillane. He took full advantage, powering through the tackle of Van der Merwe and over the line.

Finishing with a flourish

Ireland continued to have the distinct advantage in the scrum, allowing Marmion to notch up his maiden international try as he fell onto the ball in the in-goal area with 15 minutes to go.

And there was still time for Ireland to make it past 50, with O’Halloran on hand to grab his second before Tracy powered over for the final score with time up on the clock.