LionsWatch: England too strong for South Africa at Twickenham

England extended their unbeaten start to life under Eddie Jones with an impressive 37-21 win over South Africa at Twickenham. [more] 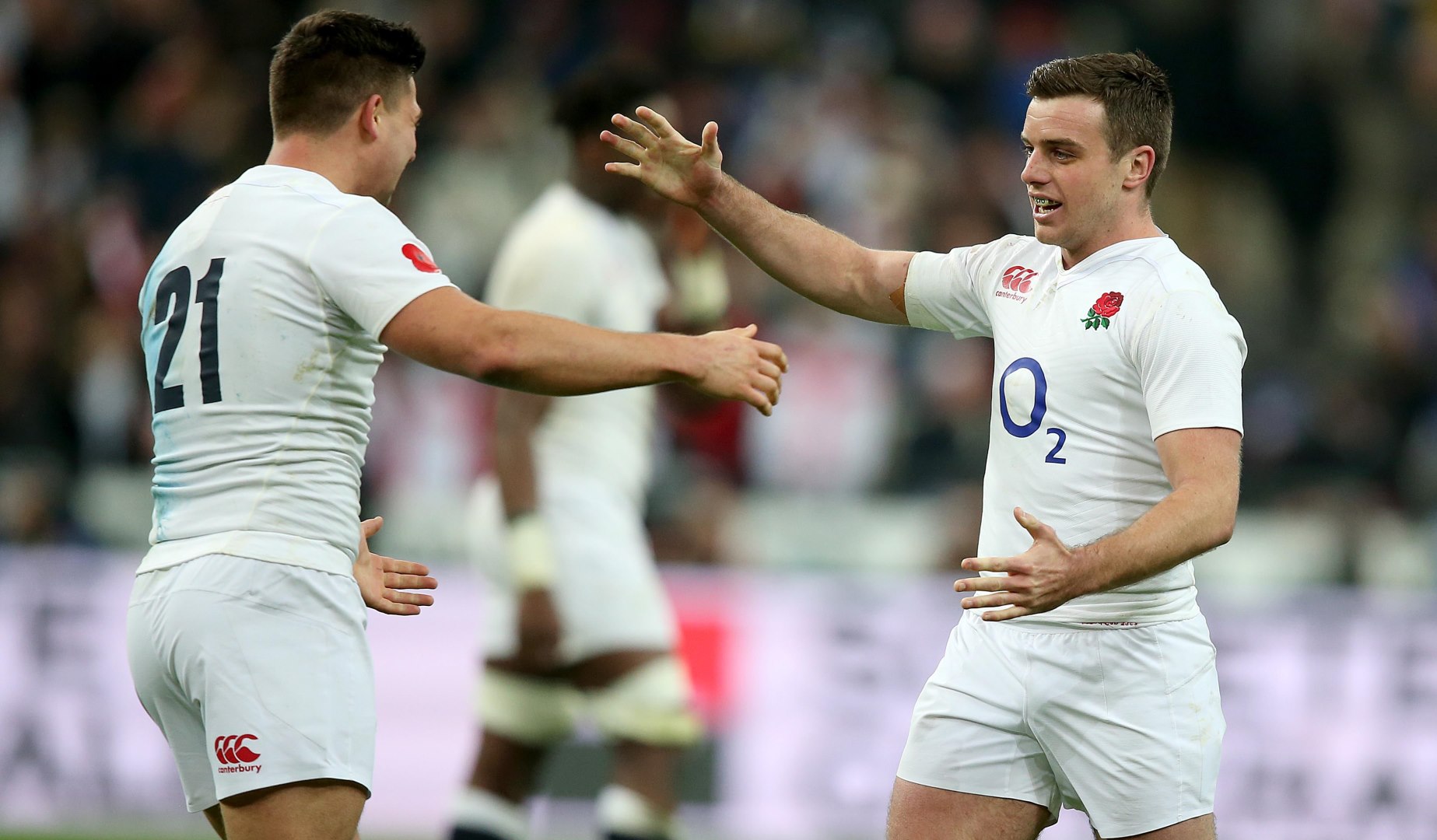 England extended their unbeaten start to life under Eddie Jones with an impressive 37-21 win over South Africa at Twickenham.

After Ireland’s victory over New Zealand last weekend, the Red Rose struck another blow for the northern hemisphere on a wet afternoon in south west London.

Tries from Jonny May and Courtney Lawes in the first half and George Ford and Owen Farrell  in the second did the damage for the hosts.

England – Grand Slam winners earlier this year and after a cleansweep of their three Tests against Australia this summer – have now won ten in a row under Jones.

Victory ended a run of 12 without a victory against the Springboks and with Fiji, Argentina and Australia to come – not to mention a British & Irish Lions Tour to New Zealand next year, Jones’ men will look to build on a strong autumn opener.

England struggled initially, conceding six penalties in the first 20 minutes of the match much to Head Coach Jones’ displeasure.

Pat Lambie kicked two penalties and a drop goal  for the Boks in the first quarter to punish that ill-discipline.

But in one of their first forays into Springbok territory the Red Rose showed their attacking talents with a superb set-piece try.

From lineout ball just outside the 22, Elliot Daly’s dummy line through the middle released Mike Brown and he fed May – making his first appearance in over year for England – and the winger won the race to the corner.

That was his seventh try for England and his first against the Boks and Farrell converted while another penalty made it 10-9 on the half-hour mark.

Much of the pre-match focus had been on Courtney Lawes who was winning his 50th cap for his country on Saturday.

And the lock picked the perfect day to score his first-ever international try.


But while May’s try had been slick in its execution, the second was more opportunistic.

Ruan Combrinck spilled the ball under pressure from May, Daly and then Brown hacked on and when Lambie pushed the ball out of Brown’s grasp over the try-line, Lawes was on hand to dive on the loose ball.

A long-range penalty from Daly stretched the lead to 20-9 at the interval and after the break the Red Rose scored two more tries through Ford and Farrell.

Both of them were made by scrum-half Ben Youngs, the 2013 Lion twice sniping round the fringes of the breakdown and leaving Springbok defenders grasping at thin air before leaving both England playmakers simple walk-in scores.

Youngs was sublime throughout for the hosts at Twickenham but there were other notable highlights in the second half for Jones’ men.

Most notable amongst them were the debuts handed to Nathan Hughes, Ben Te’o and Kyle Sinckler as they all came off the bench in the second half and a man-of-the-match showing from Joe Launchbury.

The Boks did get a couple of tries back through their Willie le Roux and replacement Johan Goosen but England were not to be denied a famous victory, their first over the Boks in a decade.