LionsWatch: All Blacks bounce back in Rome

The All Blacks ran in ten tries in total in a convincing win over Italy at the Stadio Olimpico in Rome. [more] 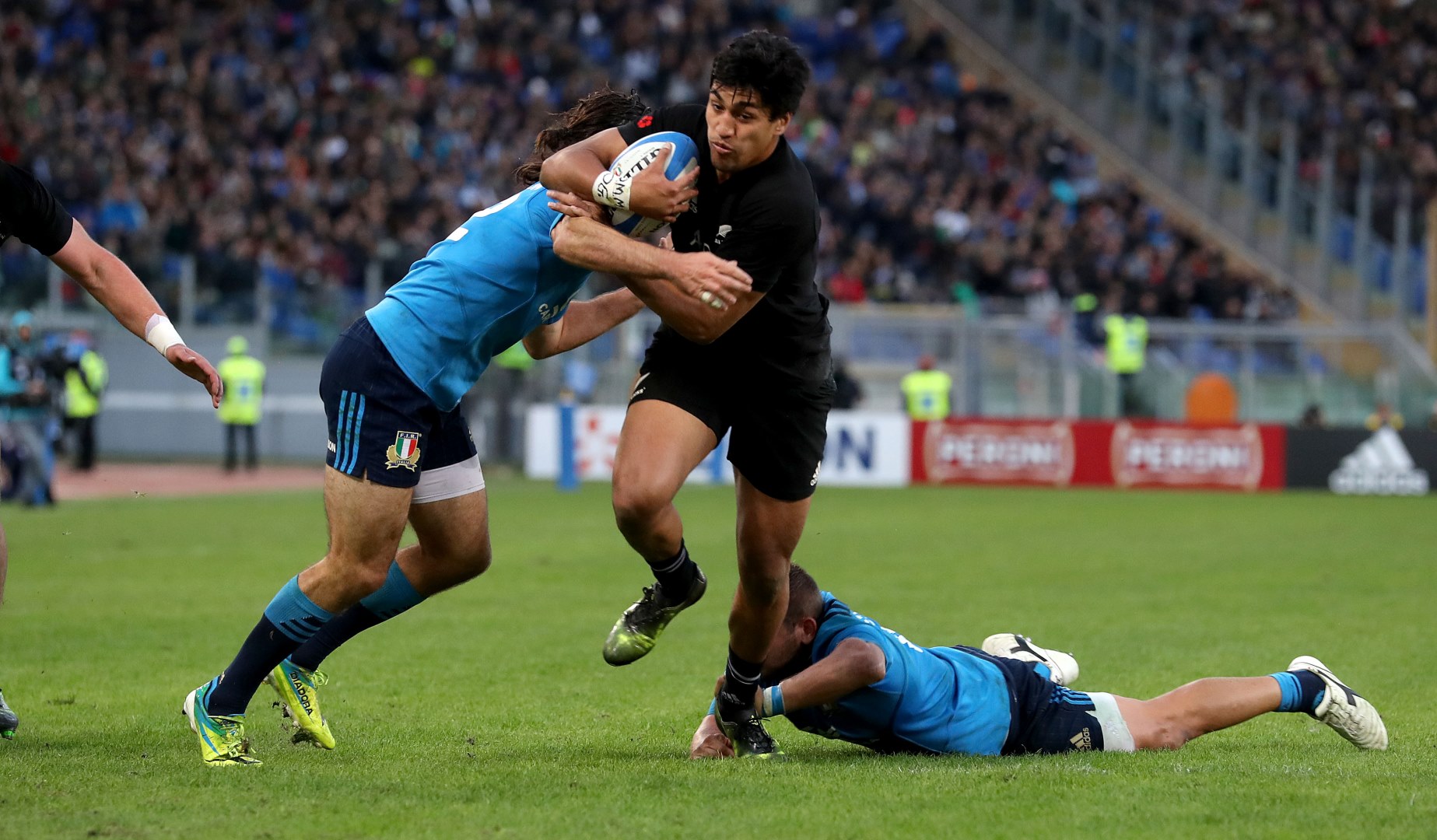 The All Blacks ran in ten tries in total in a convincing win over Italy at the Stadio Olimpico in Rome.

After defeat to Ireland last weekend in Chicago, Steve Hansen’s much-changed side came storming out of the blocks against the Azzurri.

Malakai Fekitoa, who finished with a double, was one of four try scorers in the first half, Charlie Faumuina, Patrick Tuipulotu and Israel Dagg also crossing.

And after the break the All Blacks turned the screw as Wyatt Crockett, Steven Luatua, Elliot Dixon, Rieko Ioane – on debut – and Waisake Naholo all crossed.

But the All Blacks extended their unbeaten run against Italy to 13 games and now prepare for their re-match with Ireland next weekend in Dublin.

The writing was on the wall as early as the fourth minute as the All Blacks – who host The British & Irish Lions next year – showed no signs of a hangover from their Chicago defeat.

Fekitoa bursting over under the posts after being fed by Dagg for the fifth try of his international career and his first since their Rugby World Cup clash with Georgia last year.

Fekitoa has had to bide his time and share game time in the All Blacks midfield this year as Anton Lienert-Brown and Ryan Crotty – to name but two – are competing for spots.

But a double in Rome will serve Hansen a timely reminder of his talents ahead of their re-match with Ireland next weekend.

In the second half as the tries started to stack up there was a debut cap for Rieko Ioane – the latest talent off the Auckland Grammar School conveyor belt.

The pacey back broke through for the Blues in Super Rugby this season and was part of the Kiwi team that played 7s at the Olympics in Rio this summer.

And after an outing for the Maori All Blacks in the USA last weekend, the 19-year-old was given a bench spot against the Azzurri.

Thanks for everything guys was a dream come true good to do it with my mates ! #1156 pic.twitter.com/8hc4deini3


And he climbed off the pine to bag a maiden try for the All Blacks in the second half in what could be the first of many for the promising youngster.

Cruden was a perfect seven from seven from the kicking tee for the All Blacks and pulled the strings in impressive fashion.

This was his first start since the All Blacks’ summer Test series against Wales as Beauden Barrett has made the No 10 jersey his own.

But Cruden showed Hansen and the Kiwi selectors what they have been missing with an accomplished all-round performance.

And with clashes against both Ireland and France still to come this autumn, the fly-half will be hoping he gets another chance to impress ahead of the Lions Tour next year.