Joe Schmidt admits he's been given a selection headache by the performance of his Irish team against Canada, as a new-look side recorded a 52-21 win in Dublin. [more] 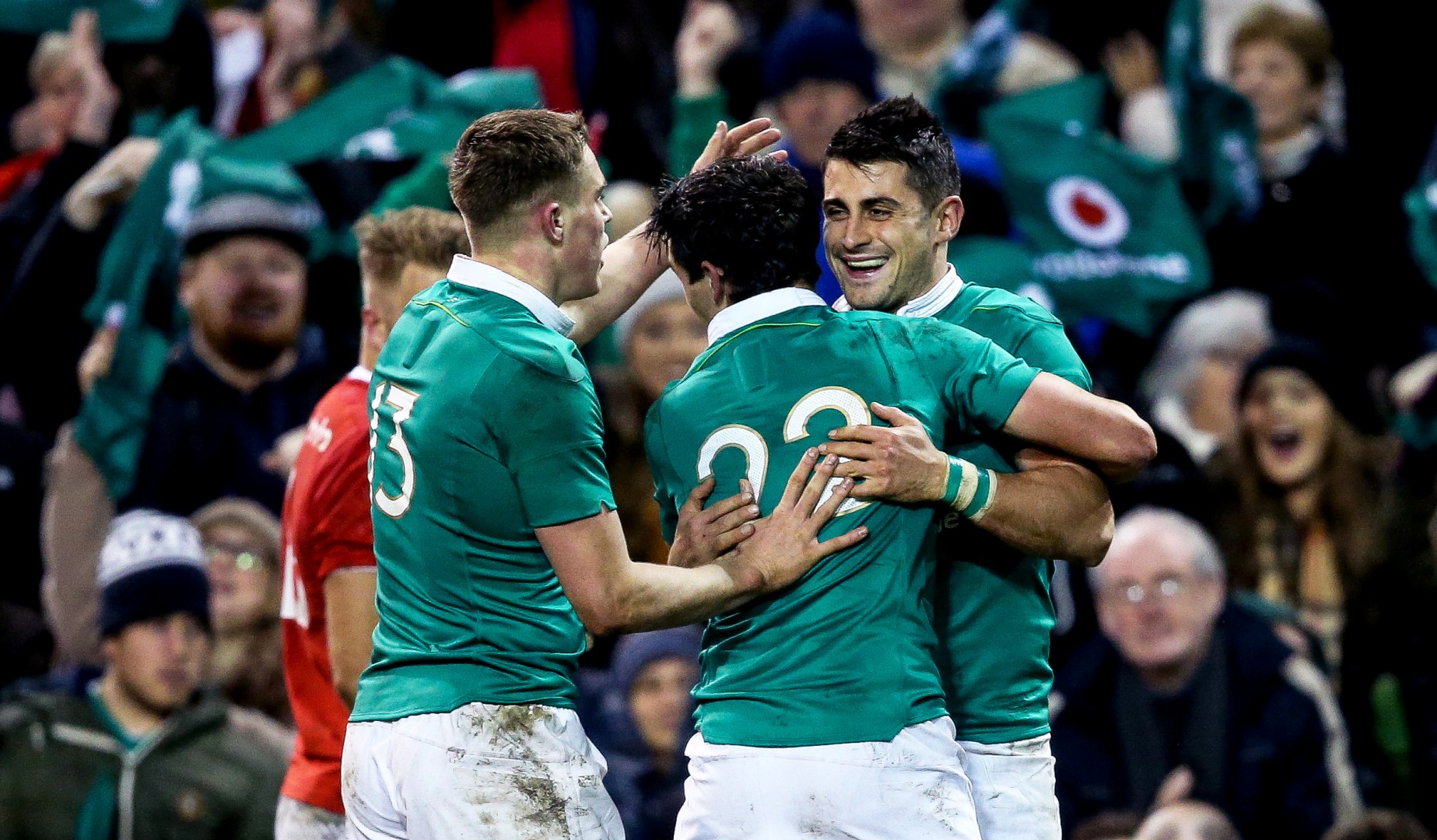 Joe Schmidt admits he’s been given a selection headache by the performance of his Irish team against Canada, as a new-look side recorded a 52-21 win in Dublin.

Having changed 15 players from the win over New Zealand in Chicago last weekend, Ireland were still able to run in eight tries, with first Test scores for Tiernan O’Halloran, Ultan Dillane, Kieran Marmion and James Tracy.

Next up is a rematch with the All Blacks – who host The British & Irish Lions in 2017 – and Schmidt knows he has some big decisions to make as Ireland aim to make it three from three this November.

“Back row, back three, even front row; there’s some tough decisions,” said Schmidt.

“I think we’ll get together and sort those out and we’ll announce the squad on Thursday and it will have been really, really closely looked at.

“Hopefully, it will be the right squad to give the All Blacks another really good game.”

Dillane was particularly impressive, carrying powerfully all game long, while also racking up the tackles in defence.

And Schmidt was quick to praise the Connacht second row, who featured off the bench against New Zealand in Chicago.


“I think he did really well,” he added.

“His ability to carry the ball and then carry it again, and then get up and carry again, was really impressive. He got off the line and made some really good tackles as well, so on either side of the ball he did really well.

“We would probably liked to have got a little more lineout pressure on them. I felt their lineout was probably better than it was in the World Cup, where they didn’t contest as much and we maybe got a little bit more access.

“But across the board, Ultan did really well.”

O'Mahony leads from the front

As he continues his return to full fitness, Peter O’Mahony captained the side – his first Ireland appearance in a year – as he looked to force his way into the team for next week.

And O’Mahony was impressed by a number of players in the Irish side, including Dillane and debutant Jack O’Donoghue, one of eight players getting their first taste of the international scene.

“It was disappointing not to be (in Chicago),” he said.

“All you can do is try and stick your hand up, do the basics right, get through the game as well as you can.

“I thought a couple of young fellas really stuck their hands up. I thought Ultan was super. I thought Jack O’Donoghue had a fine game.

“A couple of first caps looked like they and been there a long time.

“Hopefully that young side gave the boss a bit of a headache.”