England ended their wait for a win over South Africa, Wales held on for a dramatic victory over Argentina, Ireland downed Canada and Scotland came agonisingly close against Australia. [more] 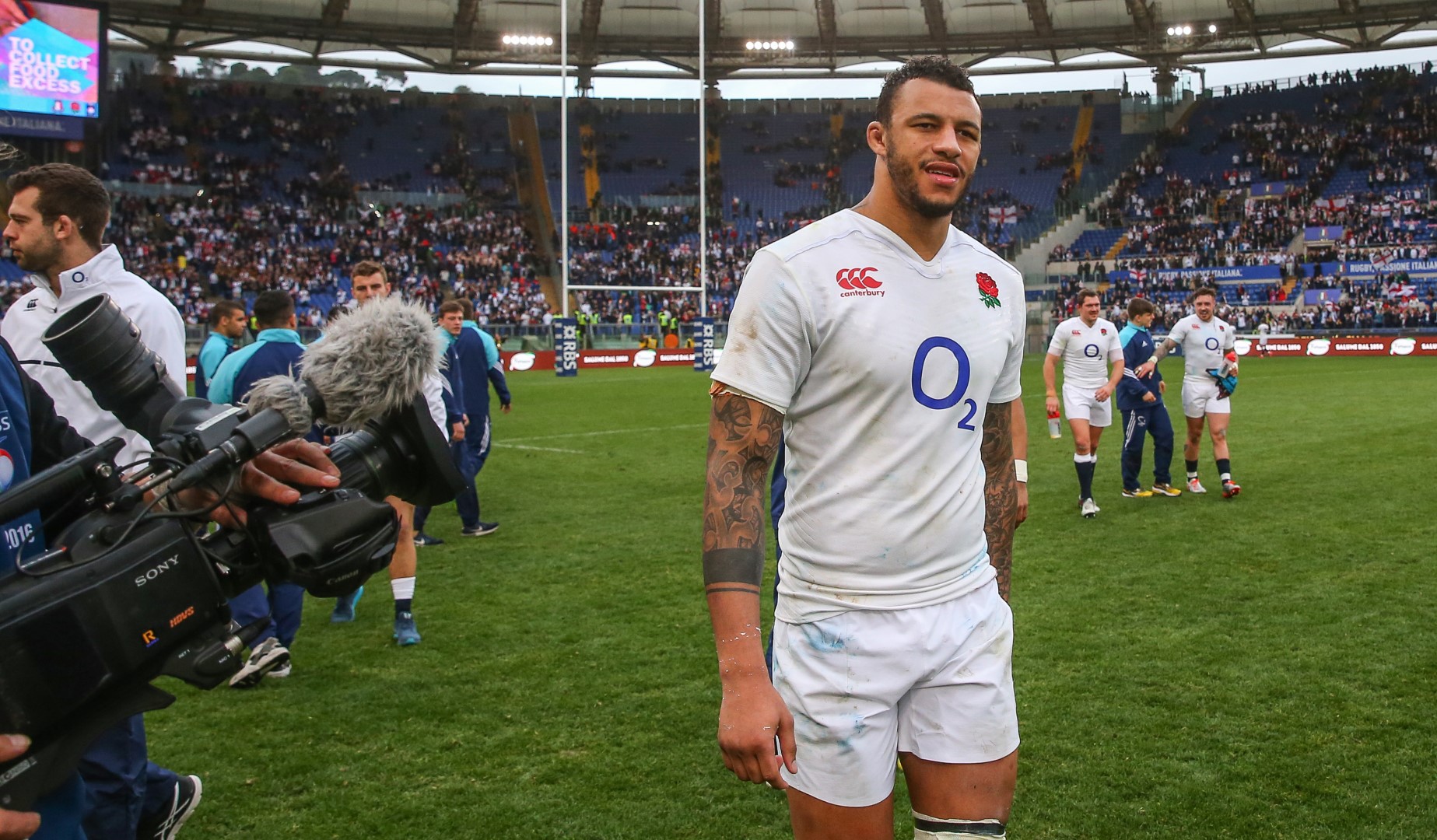 England ended their wait for a win over South Africa, Wales held on for a dramatic victory over Argentina, Ireland downed Canada and Scotland came agonisingly close against Australia.

It was a busy second weekend of the autumn internationals across the four home nations.

Jonny May, Courtney Lawes, George Ford and Owen Farrell all crossed for tries for England as they beat the Springboks at a wet and windy Twickenham.

Liam Willams and Gareth Davies were the try scorers for Wales as they bounced back from their defeat to Australia last weekend by beating the Pumas in Cardiff.

Huw Jones scored a magnificent double for Scotland but Tevita Kuridrani's last-gasp try and Bernard Foley's conversion gave the Wallabies a dramatic 23-22 win up in Edinburgh.

And Ireland rounded off Saturday with their eight-try victory over Canada – Tiernan O'Halloran bagging a double.


Then we head to Twickenham where Courtney Lawes scored a try – his first for his country – on the occasion of his 50th cap:

A proud day for me and my family ?? Massive thank you to everyone that's supported me throughout my career ?? #50 pic.twitter.com/5oOQFlS1Ji

That performance drew special praise from his teammate and positional rival Maro Itoje who is currently out injured with a broken hand:


There were other milestones to mark at Twickenham as Nathan Hughes, Ben Te'o and Kyle Sinckler all came off the bench to make their Red Rose debuts.

And while Joe Launchbury was the official man of the match, scrum-half and 2013 Lion Ben Youngs produced a stellar showing – that drew special praise for his brother Tom.


But while England were downing South Africa in south west London, Scotland were making inroads against the Wallabies up north.

Huw Jones' double, plus a score from Jonny Gray, looked like being enough to give them a famous victory and JK Rowling could not hide her nerves.

Eventually the Wallaby pressure told and they held on for a one-point victory, much to 2013 Lion Stuart Hogg's disappointment.

Gutted with the result yesterday. Huge effort from everyone. Incredible support & atmosphere at BT Murrayfield. Big week ahead @Scotlandteam


But there was some consolation to take from Zander Fagerson and Allan Dell who both made impressive showings in the front row.

Tough game yesterday,gutted with the result but chuffed for @AllanDell_ on his first and fordy on his ? thanks for all the support ??


Over the Severn Bridge in Cardiff Wales were made to fight every step of the way by the Pumas but Liam Williams and Alun Wyn Jones were the stand-out players in their narrow victory.

Nice to be back on the field yesterday and back to winning ways! Great shift @AlunWynJones ??? pic.twitter.com/JA05axaA4x

However, the best moment of the game belonged to three-time Lion Gethin Jenkins, the loosehead prop showing all the skills of a back with a delightful little chip to the corner.

How many other loosehead props could do this? Gethin Jenkins showing off his kicking skills… ???#UASeries #WALvARG pic.twitter.com/cMp2n4r8iA


Over in Ireland, Joe Schmidt shuffled his pack and handed eight new players their debut as they beat Canada 52-21 at the Aviva Stadium.

And one legendary Lion was impressed by what he saw:

Well done to the 8 new @IrishRugby caps this evening. A great day for you and your families. Hard work rewarded!

And here you can take a look at what happened in the tunnel during a hard-fought clash.


Next up for Ireland is a re-match with the All Blacks, and Steve Hansen's side warmed up for that clash by putting ten tries on Italy in Rome.

And one man was there to represent Great Britain and Ireland:

Thanks all for ur kind messages. Really means a lot. Time to swap the MBE for a whistle now. Game head on Italy v Nz pic.twitter.com/h6aQhD3gfD