Scotland Head Coach Vern Cotter has made four changes in total for his side's clash with Argentina on Saturday. [more] 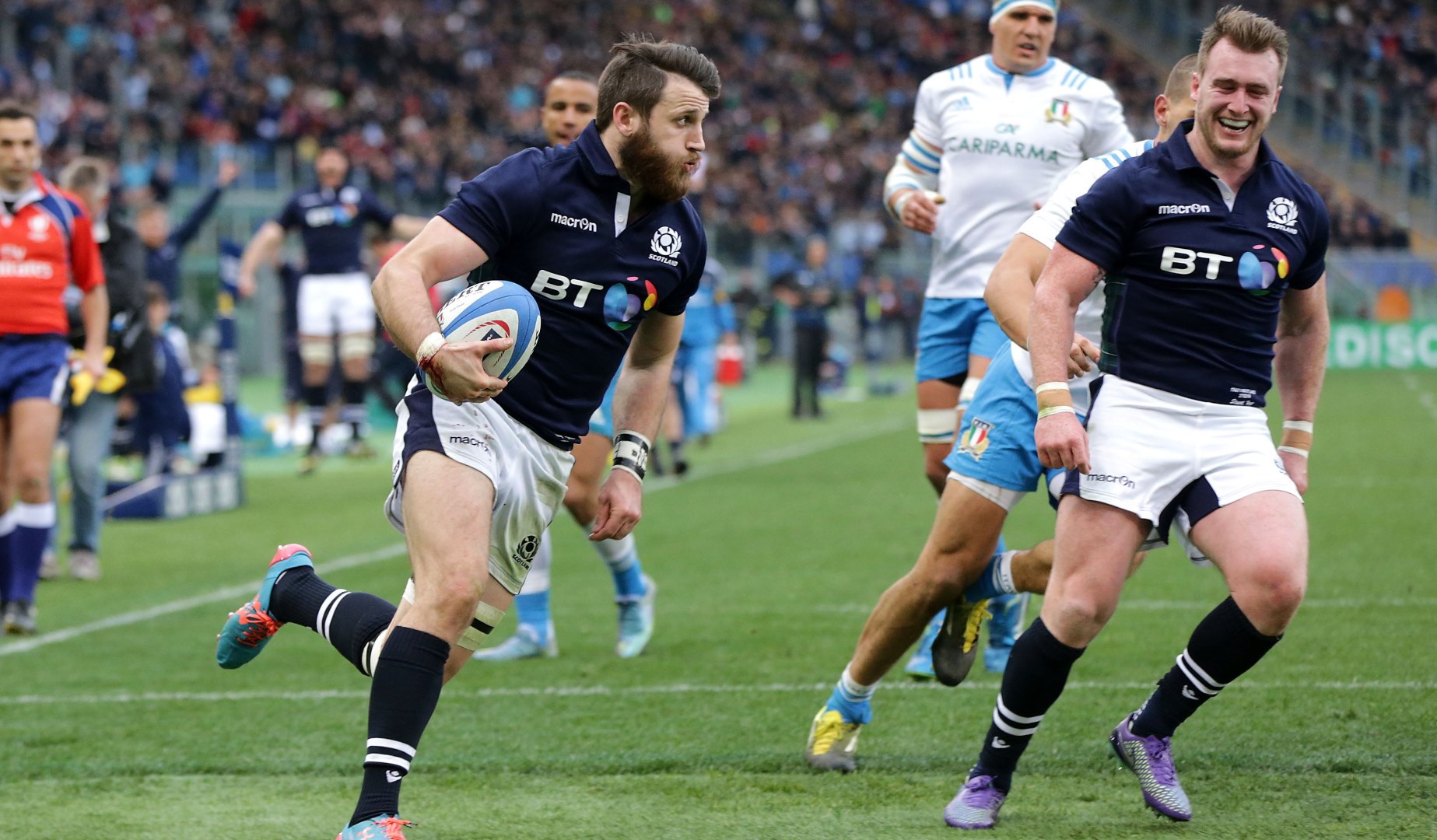 Scotland Head Coach Vern Cotter has made four changes in total for his side’s clash with Argentina on Saturday.

The Scots were edged out by Australia last weekend at Murrayfield, despite outscoring the Wallabies by three tries to two and Cotter has not opted for wholesale changes.

2013 British & Irish Lions Stuart Hogg and Sean Maitland remain in the back three and are joined by the recalled Tommy Seymour who missed last weekend's clash due to personal reasons.

In the pack Magnus Bradbury comes in for his debut on the blindside flank with John Barclay shifting to No 8 while also in the pack Grant Gilchrist comes in for the injured Richie Gray and hooker Fraser Brown starts in place of Ross Ford.

Brown packs down in the front row either side of Allan Dell and Zander Fagerson while Gilchrist joins Jonny Gray in the boiler room.

Two further personnel changes appear on the bench, with prop Alex Allan and lock Tim Swinson coming in for Gordon Reid and the promoted Gilchrist.

“Every week we want to improve. We did a lot of good things against Australia: we scored three tries to their two, we were aggressive in attack and our defence held strong for the most part,” said Cotter.

YOUR Scotland back-row! Magnus Bradbury will make his debut on the blindside alongside returning back-rows Watson (7) and Barclay (8). pic.twitter.com/jXbSoEnB4p


“While it’s disappointing we didn’t walk off with the win, I’m proud of the courage the players showed and the way they adapted to changes in the paddock due to injuries.

“Saturday’s game is going to be a different challenge for us, both physically and mentally, against a very dangerous Argentina side.”

Scotland last faced Argentina in a dramatic 2014 autumn victory and the Pumas have named an unchanged starting XV from the one that ran Wales so close last time out.

“They have the capacity to vary their game so we have to be prepared for whatever approach they take, though we can expect them to look to dominate the set piece as a starting point, be very explosive around the rucks and look to get their offloading game up and running,” added Cotter.

“We will have to be disciplined and make sure we capitalise on every opportunity we create.”

News Scotland
Previous story Gillette to be an Official Sponsor of the Tour to New Zealand
Next story LionsWatch: Warburton and Wales will not underestimate Japan