Maori down Quins on a special night at Stoop

The Maori All Blacks put on a first-half show in front of The British & Irish Lions Head Coach Warren Gatland to finish their November Tour on a high with an impressive 26-10 win over Harlequins. [more] 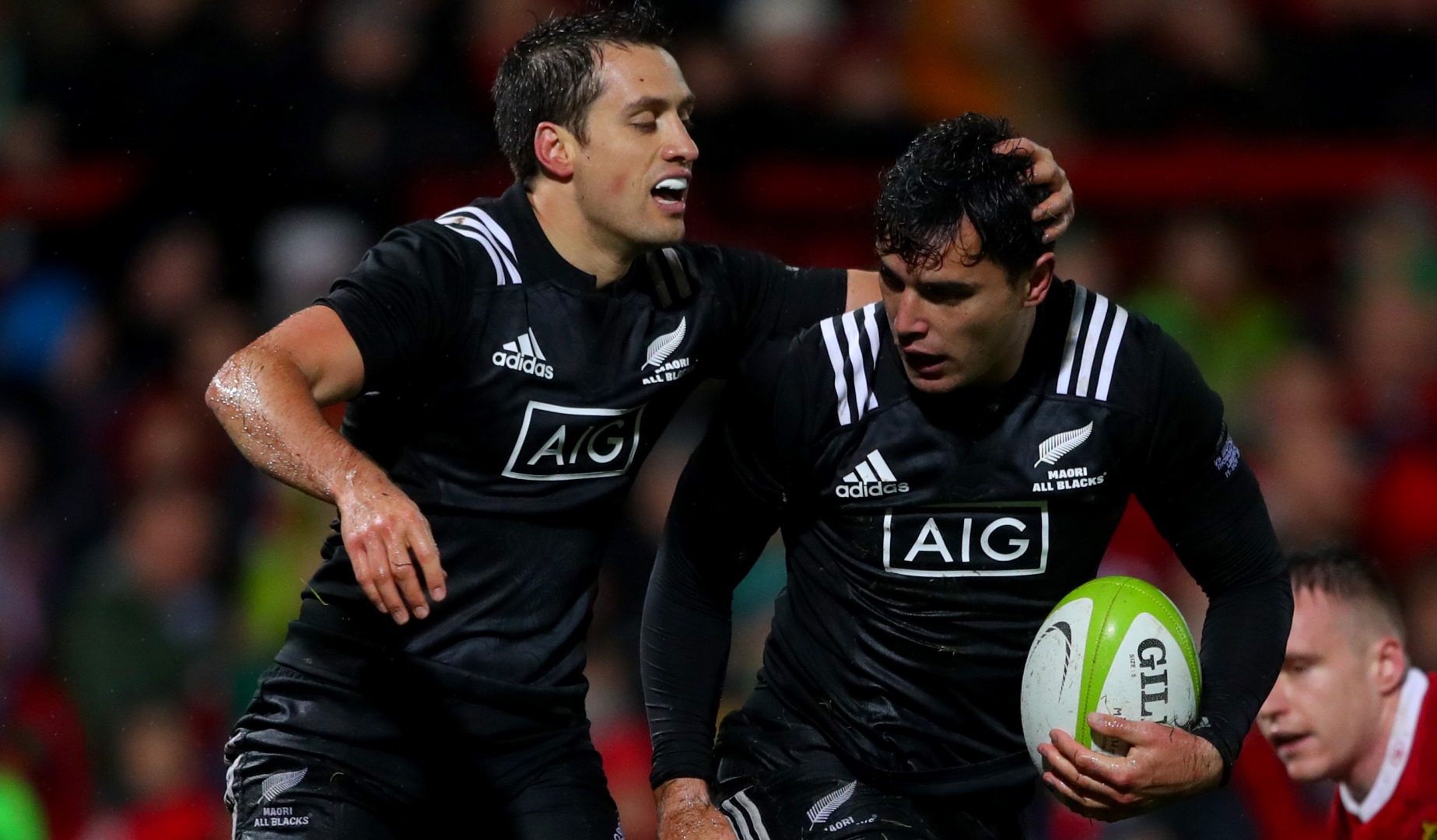 The Maori All Blacks put on a first-half show in front of The British & Irish Lions Head Coach Warren Gatland to finish their November Tour on a high with an impressive 26-10 win over Harlequins.

On what was a superb spectacle to mark Harlequins' 150th year in existence, the two teams met for the first time since 1926 at the Stoop.

And there was much for the 12,142 people in attendance to enjoy both on and off the pitch as the Maori brought all their famous heritage to south west London.

James Lowe scored two tries and played a key role in another as the Maori ran in four tries in ten minutes in the opening period to take control.

And even though they did not score again after the 26th minute, they had done enough to secure the win at the Stoop.

After a tight start to the game, with Tim Swiel knocking over an early penalty for Harlequins, the Maori started to cut loose on the quarter-hour.

Dangerous through their ability to offload out of the tackle and keep the ball alive, they enjoyed a purple patch of four tries in the space of ten minutes to take the game away from their hosts.

Lowe a danger at full-back

Lowe has played much of his rugby on the wing for the Chiefs, but he relished the extra freedom that came with switching to full-back.


The first Maori try came on 16 minutes with Lowe the beneficiary of a great move off a lineout. After an initial burst in midfield it was Whetu Douglas’ half-break that set it up. He found Matt Proctor on his shoulder and the centre played the simple two-on-one to send Lowe over. Ihaia West converted to make it 7-3.

Two minutes later Lowe was in again, this time having to do a lot more to get over the line. The Maori worked their way to just outside the Quins 22, and Lowe then sold the perfect dummy, sped away and raced over from 25 metres. West’s conversion from the other side pushed the score to 14-3.

They were in again four minutes later, Proctor’s searing break just stopped by Gabriel Ibitoye only for the ball to be spread to Shane Christie to finish impressively.

The fourth, on 25 minutes might have been the best of the lot, with Lowe starting it with a beautiful blind pass, then Tom Franklin, Tim Bateman and Christie combining to send Sean Wainui over.

At 26-3 it was in danger of getting away from Quins, but they battled for the remainder of the half and almost went over before the break.

They did score shortly after half-time, pop Dan Murphy the beneficiary after some strong work from the forwards, burrowing over from close range.

In a tight second period both teams had their chances, with Akira Ioane shackled for much of the game but making one great break, while Sam Aspland-Robinson produced a great break late on for Quins which led to Chris Eves’ sin-binning.

There was one very interested observer in the 12,142-strong crowd for this encounter, with British & Irish Lions Head Coach Gatland getting a good view of what to expect on next year’s Tour to New Zealand.

The Lions will face the Maori in Rotorua on June 17, a week before the first Test in Auckland for what will likely be a crucial game in terms of selection for the Test team.

Incredible respect from the Maori All Blacks as they thank their hosts with a traditional song pic.twitter.com/2Q4otI5KZM


And in addition to some free-flowing rugby, the game's many great values were also on show as the Maori thanked their opponents in the Stoop changing rooms afterwards with a traditional song.

New Zealand News
Previous story Gillette to be an Official Sponsor of the Tour to New Zealand
Next story LionsWatch: Warburton and Wales will not underestimate Japan