Ireland gave it everything in a ferocious encounter in Dublin, but in the end the All Blacks did enough to come away with a 21-9 victory. [more] 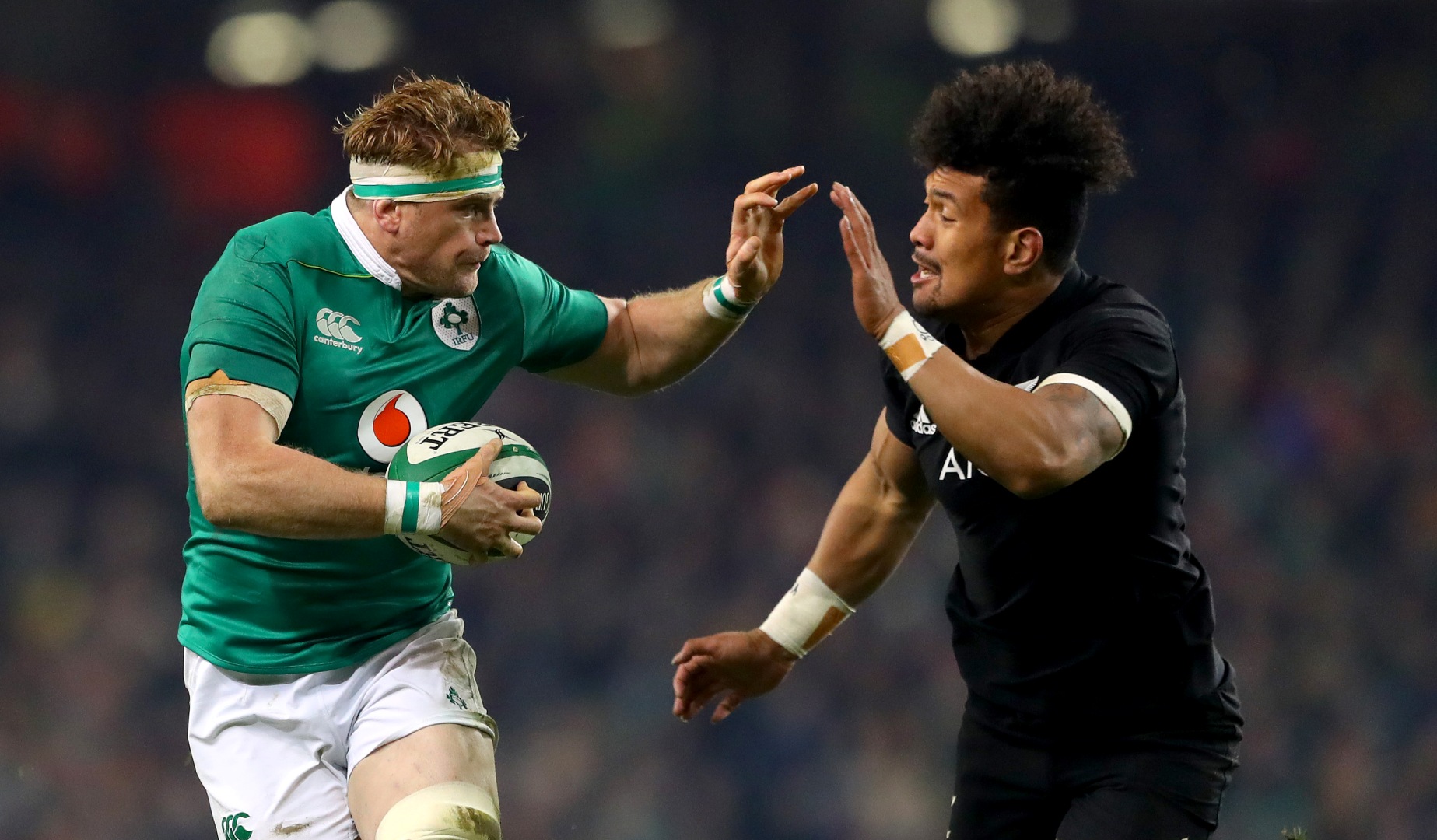 Ireland gave it everything in a ferocious encounter in Dublin, but in the end the All Blacks did enough to come away with a 21-9 victory.

After the magnificent victory in Chicago a fortnight ago, Ireland were aiming to make it three from three this November with a second straight win over the All Blacks.

In a hugely physical encounter, New Zealand again found themselves under pressure for large periods, but where Ireland racked up the points in the States, this time they couldn’t find a way through.

New Zealand were more clinical, with two Malakai Fekitoa tries and a Beauden Barrett score, enough to ease them to victory.

New Zealand began with huge intensity, keeping hold of the ball from the start and eventually scoring through Fekitoa. Beauden Barrett’s conversion made it 7-0 and Ireland found themselves on the back foot.

They responded brilliantly, with Sean O’Brien – exceptional after missing the first meeting between the teams – turning the ball over and getting deep into the New Zealand 22.

Johnny Sexton slotted a penalty to get Ireland on the board to cut the deficit back to four as they showed they meant business.

New Zealand were in again when Barrett showed his pace to sprint through, converting his own try to make it 14-3 to the visitors.

Still, Ireland were very much in it, and Paddy Jackson – on for the injured Sexton – cut the deficit to eight points by the break.

Ireland had enjoyed more of the possession in the first half, and that continued early in the second, with Fekitoa sent to the sin-bin for a high tackle.

The hosts took advantage of their extra man to cut the deficit to a single score, Jackson knocking over a second penalty of the afternoon.

WATCH: Ireland narrow the gap! One converted try for the lead. Brought to you by @DoveMen. #ScrumTogether https://t.co/8umY4u9kvo


But with 15 minutes to go, the All Black offloads finally started to stick, with Barrett and TJ Perenara combining to put the centre over. Barrett converted from the touchline to make it 21-9.

There was still time for Ireland however, with Garry Ringrose – on for Robbie Henshaw – making a searing break that had New Zealand scrambling once more.

The All Black defence held though, as it had all game, with Steve Hansen’s men doing enough to hold on.

It was an all-round team effort from the Irish, with Jamie Heaslip and O’Brien leading the charge from the back row.

Jackson, on early in the first half, showed up well at fly-half, pulling the strings, while tighthead prop Tadhg Furlong showed his carrying ability in abundance.