Greig Laidlaw kicked a last-gasp penalty to give Scotland their first win of the autumn in a tense and intriguing contest against Argentina. [more] 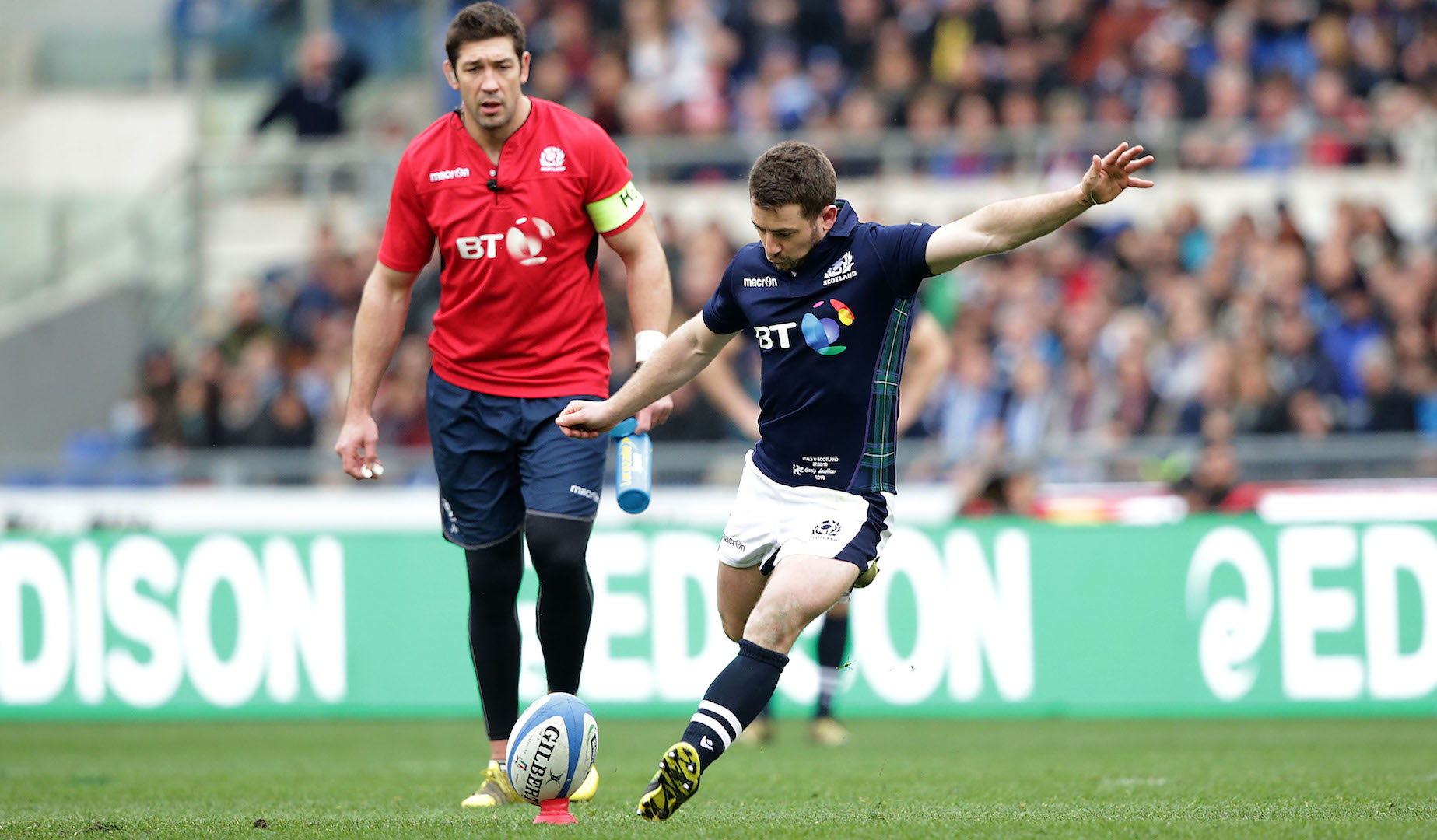 Greig Laidlaw kicked a last-gasp penalty to give Scotland their first win of the autumn in a tense and intriguing contest against Argentina.

The scrum-half had missed a penalty three minutes earlier from a tight angle but he kept his cool with the last kick of the game to make it 19-16.

But Argentina got back on level terms through two Nicholas Sanchez kicks, and broke through in the second period as an outstanding Juan Martin Hernandez chip fell perfectly for Matias Orlando to score.

And, minutes after striking the near post from wide on the right, Laidlaw confirmed victory for Vern Cotter's side.

Laidlaw has rarely let Scotland down and he was at the top of his game once again, kicking five of six efforts.

The hosts were fast out of the traps as good work from full-back Stuart Hogg saw Argentina commit an infringement at the breakdown, and Laidlaw successfully sent it sailing through.

Oh yes, that will do very nicely indeed! Great win after a patchy performance but we will take it and run!! #AsOne #SCOvARG

Later in the half he kicked his second penalty, before Argentina came roaring back after the break as Orlando scored.

In a tight game, every point mattered and Laidlaw's conversion after Maitland's try was further evidence that he remains one of the best kickers in the game as he sent it straight down the middle from the right touchline to draw the side's level.

And he kept his composure right at the death despite an unlucky miss moments before to kick-start Scotland's campaign after a heart-breaking defeat last week to Australia.

After leading 6-0, Scotland were in danger of losing their grip once Argentina responded with 13 unanswered points but a well-crafted try got them back in the game.

An excellent set-piece form the left was worked from left to right before Jones muscled his way through an Argentine defender.

He looked up and off-loaded neatly to Maitland – who darted in at the corner to send BT Murrayfield wild.

The winger may have been caught out for Orlando's try but it was a fine finish, which gave Scotland the momentum they needed to win the game.

But the veteran recovered and showed why he is still renowned as one of the best centres in the southern hemisphere as he was at the heart of a beautiful Argentine move resulting in Orlando's try.

With Scotland struggling to live with the intense Argentine game, space opened up on the left side and Hernandez exploited it as he dropped a pin-point cross-field kick right into the middle of it.

The bounce was unfortunate for Scotland, but Orlando controlled it well and rushed in to score.