Champions of England two years ago, and champions of Europe at the turn of the Millennium, Northampton Saints have been one of the dominant teams of the English game over the last two decades. [more] 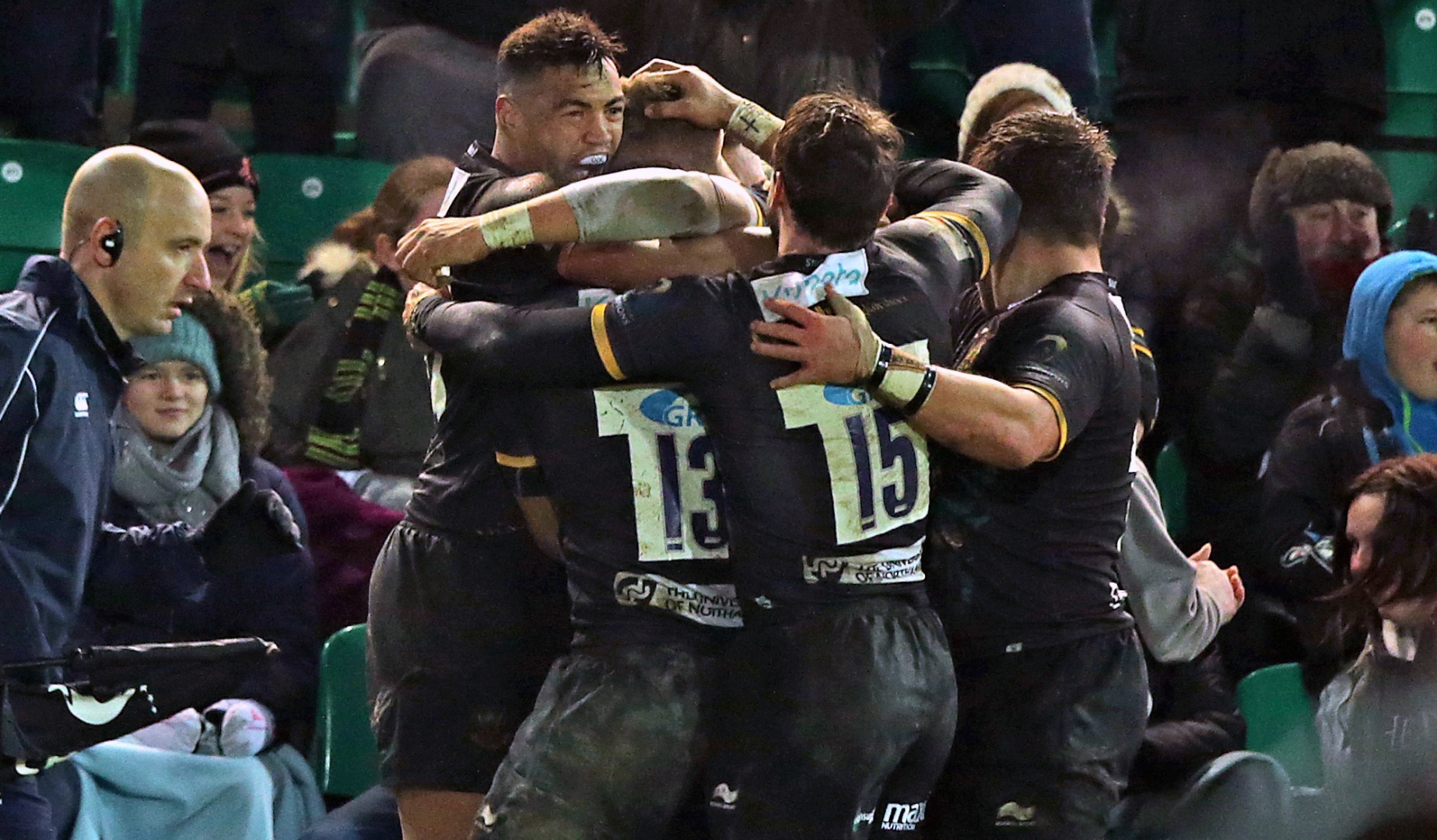 Champions of England two years ago, and champions of Europe at the turn of the Millennium, Northampton Saints have been one of the dominant teams of the English game over the last two decades.

This season they are still searching for their best form – but in the manner of most champion teams, they appear to have mastered the art of grinding out close wins.

And having started the season with three defeats from their first four, including home losses to Bath and Wasps, they have responded well.

Back-to-back Aviva Premiership wins over Gloucester and Worcester, by three points and one point, have them in sixth and hot on the tails of East Midlands rivals Leicester Tigers in the final play-off spot.

Over the years Saints have had strong ties to The British & Irish Lions, most notably with then-director of rugby Sir Ian McGeechan in charge of the victorious 1997 Tour to South Africa.

Northampton Herald and Post sports editor Matt Wright has been keeping a close eye on the side this year, and expects them to add to their Lions heritage in 2017, particularly if they can reach top form heading into the New Year.

He said: “What you can say for Saints is they are closing out games and picking up some victories.

“The pack is going ok but they probably just need that bit of a spark behind which isn’t quite there at the moment.

“I’d say they have as good as squad as any in the country though, so you’d like to think it could come together.”

As perennial play-off contenders, Saints have built up an impressive squad including a number of regulars on the international scene.

From a Lions perspective, Wales winger George North will be looking to build on his Tour to Australia in 2013 when he provided one of the Tour’s abiding images when going head-to-head with Israel Folau.

Add in England skipper Dylan Hartley and second row Courtney Lawes – looking at 100 percent after an ankle operation in the summer and you have a trio of players looking to catch Gatland’s eye.

“I’d say that George North and Dylan Hartley are in great position to go provided they stay fit,” he said.

“Whenever North has got the ball this season he’s still looked very dangerous, he’s just had some games where it’s not come his way as much.

“He should be right in contention though.

“We’ve not seen as much Dylan this year with a couple of niggles, but as a leader and England captain he’s got a great chance.

“It’s not just his leadership, even if he is great as someone who doesn’t speak too much, but knows to say the right things. In some ways it’s a bit like when Martin Johnson used to speak to the team, and he acts as a leader in the pack, regardless of whether he’s captain.

“Courtney Lawes has been pretty good this year, having played all of last season with an ankle injury.

“Over the summer he had surgery on it and you can tell that he’s much better for it.

“I think he’s been one of Saints’ best players this year and it’s great to see him at his best.”

Initially not part of Eddie Jones’ England plans, Tom Wood has forced his way back into the reckoning by sheer force of will.

The abrasive flanker is credited with being a natural leader by all who meet him – and took on the Saints captaincy this season.

He said: “There’s probably no harder worker that I’ve come across than Tom, and the way he reacted to not being involved initially with England was great.

“He took over as Northampton captain this season and everyone you speak to raves about his leadership.”

In terms of younger players, Saints have a collection of academy graduates now making their presence felt in the first team, and even on the international stage.

This time last year Teimana Harrison was still battling for a first team opportunity, but he finished the season so brilliantly that he was called up for England in the summer, and has featured again for them in November.

Young 21-year-old tighthead Paul Hill is another to have been given his international chance already, facing plenty of competition from club and international colleague Kieran Brookes.

And joining them in the front row when Hartley has been away has been Mike Haywood – who at 25 is already well over the century of caps for Saints.

“A year ago Harrison was just trying to get some game time for Saints, but he took over at the end of last year and was probably Saints’ most important player,” added Wright.

“That got him a call-up for England, and he’s back with them again this November.

“Paul Hill is really mature for his age and a very good scrummager, which is often the issue at that age.

“He’s great around the park and you’d like to think he can maintain that as he develops. There’s great competition for him at Saints with Kieran Brookes, who looked like he might become first choice for England last year and is in great form as well at the moment.

“And you have to mention Mike Haywood, who is really underrated. He was the Premiership player of the season last year, and has stepped up when Dylan’s been away. They didn’t seem to miss Hartley that much, which is a compliment to how well Haywood played.”

Finally it’s impossible to talk about Saints’ next generation without mentioning Harry Mallinder – son of director of rugby Jim – who enjoyed a breakthrough year last season.

The spearhead to England’s World Rugby Under-20s Championship victory – the gifted 20-year-old will feature on the Test stage sooner rather than later according to Wright.

He concluded: “Harry Mallinder is a bit like Hill in that he’s so advanced for his age. The way he’s built means that he doesn’t have to grow into it like a lot of young guys, he’s already capable of playing at this level.

“He’s played at fly-half and centre this year, and I think long-term No 12 will be his position, he looks to have the size and the playmaking to play there, and has said that’s his favourite position as well.

“I’m not sure when it will be, but I’m confident he’ll play for England, maybe even next summer depending on who is available.”

Northampton have a long history with the Lions going back to a couple of legends of the 1950s, as well as the aforementioned McGeechan.

Jeff Butterfield, who toured with the Lions in 1955 and 1959 is widely regarded as one of the greatest centres to have played the game, and made 227 appearances for Saints.

Meanwhile legendary scrum-half Dickie Jeeps is second only to Willie John McBride in terms of Test caps for the Lions, making 13 appearances for the team over three Tours.

They have continued to contribute Lions through the years, including five to South Africa in 1997, while their most recent Lions player was Euan Murray – the Scotland prop selected to tour South Africa in 2009.

Matt Wright is the sports editor of the Northampton Herald & Post