Eddie Jones' believes England's best win is yet to come after they completed an unbeaten 12 months with a 27-14 victory over Argentina. [more] 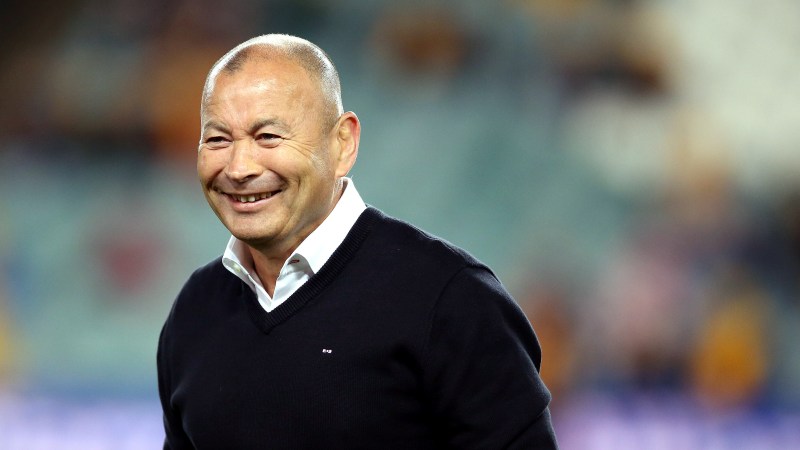 Eddie Jones’ believes England’s best win is yet to come after they completed an unbeaten 12 months with a 27-14 victory over Argentina.

Elliot Daly was shown a red card inside the first five minutes for taking out Leonardo Senatore in the air with referee Pascal Gauzere branding six cards in total.

A penalty try got England rolling before Jonny May also crossed for the 2016 RBS 6 Nations Grand Slam winners with Facundo Isa and Santiago Cordero replying for the Pumas.

In the end it was Owen Farrell’s boot which proved to be the difference between the two sides, as he made Argentina pay for any ill-discipline.

Jones’ England now face Australia – a team they beat 3-0 in a Test series Down Under in the summer – looking to equal the Red Rose’s longest winning run, set in 2002-03.

“I am looking forward to the game; it will be a lot of fun,” Jones said.

“The best win [of the year] is to come. Australia will be the best win. We are not concerned with records, just playing good rugby.

“We will be prepared for that and we are very keen to speak with the referee [South Africa’s Jaco Peyper] about Australia’s scrummaging.

Rugby is a game of respect ?


“They have issues with it and I will invite their coaching team to come along. It should be fun.

“It was an outstanding performance. The players showed flexibility, adaptability and courage after having to abandon the gameplan minutes in.

“They did exceptionally well and we left a few points out there.

“When it came to the 65-minute mark, there was only one team out on its feet and it was not us. It was a game so high on drama that it was like 10 episodes of EastEnders.”


Scrum-half Ben Youngs hailed the effort from his England team-mates as they continued to build on their RBS 6 Nations success earlier this year.

“It would be an incredible effort and show how far we’ve come in 12 months,” he said.

“We have got the chance to make history and all the boys are loving it. An unbeaten year would show the team application, the detail from the coaches and how we are learning as a side.

“We had to dig it out today and the desire was there for everyone to see. We adapted well after Elliot was sent off.

“Losing him was tough: he went into the challenge with good intentions and was unfortunate. The forwards were outstanding and it was a great team effort.”