LionsWatch: Farrell on song as England march on 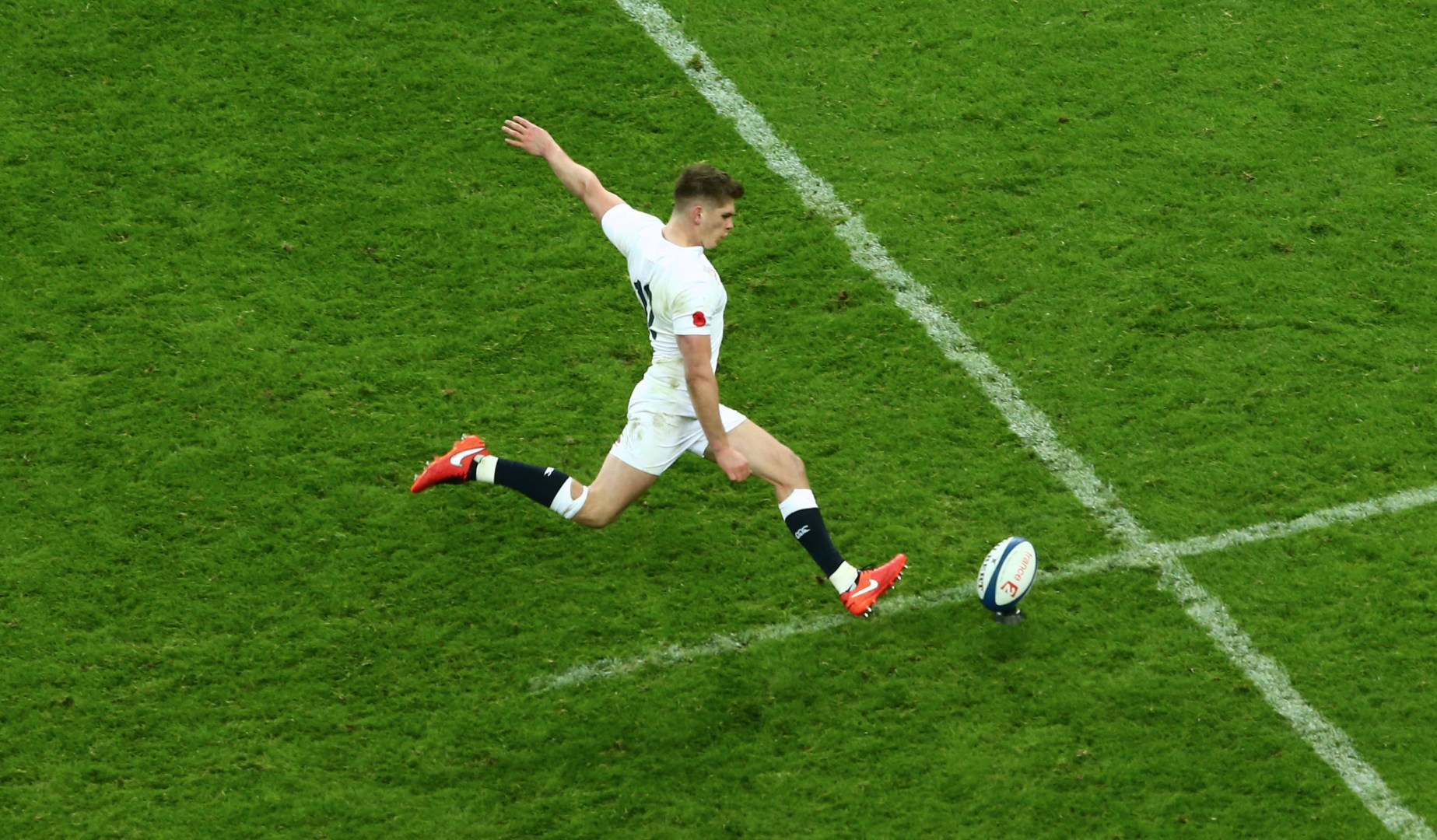 Elliot Daly’s early red card put the hosts under pressure at Twickenham but a penalty try and a Jonny May score ensured that England’s win streak rose to 13.

They will look to complete a perfect 2016 next weekend against Australia in their final match of the year.

The hosts had their first chance within two minutes, May putting a grubber through but he was just beaten to the ball.

England then lost Daly to a red card after just four minutes as he collided with Leonardo Senatore in the air and the Pumas No 8 landed dangerously.

Farrell had already given England the lead at that point, knocking over an early penalty, and he doubled the advantage just before the quarter-hour.

A third Farrell penalty on 24 minutes made it 9-0 as England belied their man disadvantage to dominate the game.

Great pressure from England results in a penalty try! Watch on SS2. Brought to you by @DoveMen #ScrumTogether. https://t.co/v0tTZGqwVV


Things got even better just before the half-hour when Jonathan Joseph blocked a kick through and England poured forward. George Ford was stopped just short of the line but after it was recycled, Matias Orlando was penalised for an intentional knock-on. The winger was sin-binned, while also conceding a penalty try that Farrell converted to make it 16-0.

Argentina had been on the back foot for much of the half but started to come back at half-time approached.

After a series of scrums on the England line they finally got on the scoreboard, taking advantage of Dan Cole’s sin-binning through replacement Facundo Isa.

Juan Martin Hernandez converted as England led 16-7 at the break.

That lead was cut to two shortly after half-time with a brilliant try for the visitors, scored by Santiago Cordero.

Making the most of their two extra players, the ball was shifted through the hands to put Juan Pablo Estelles away down the left. Two more passes back inside and Cordero was away and over despite some great tracking back by Kyle Sinckler.

Leading by just two, England looked to be under pressure as their defensive efforts began to take their toll.
However Farrell added two penalties to stretch the lead back to eight points.

May scores a fantastic try. Surely that clinches the win for England? SS2. Brought to you by @DoveMen #ScrumTogether https://t.co/2urJo6Dluu


England were back in control, and made the game safe with 12 minutes to play through May's try. Quick hands through the backline saw the winger put clear down the left and he raced in for the score.

They could have had another soon after, the impressive Mike Brown breaking through, but he knocked on as he tried to dot down over the line.

The final stages were broken up by a succession of cards, with Argentina losing Pablo Matera to a yellow card for collapsing a maul.

Joe Marler was then sin-binned for holding onto Enrique Pieretto, who saw red for retaliating.

Still, England were never in danger of being overhauled, and saw out one of their most impressive wins of the year.