Stuart Hogg scored a sensational individual score and finished a late team counterattack as Scotland powered to a 43-16 victory over Georgia at Kilmarnock's Rugby Park. [more] 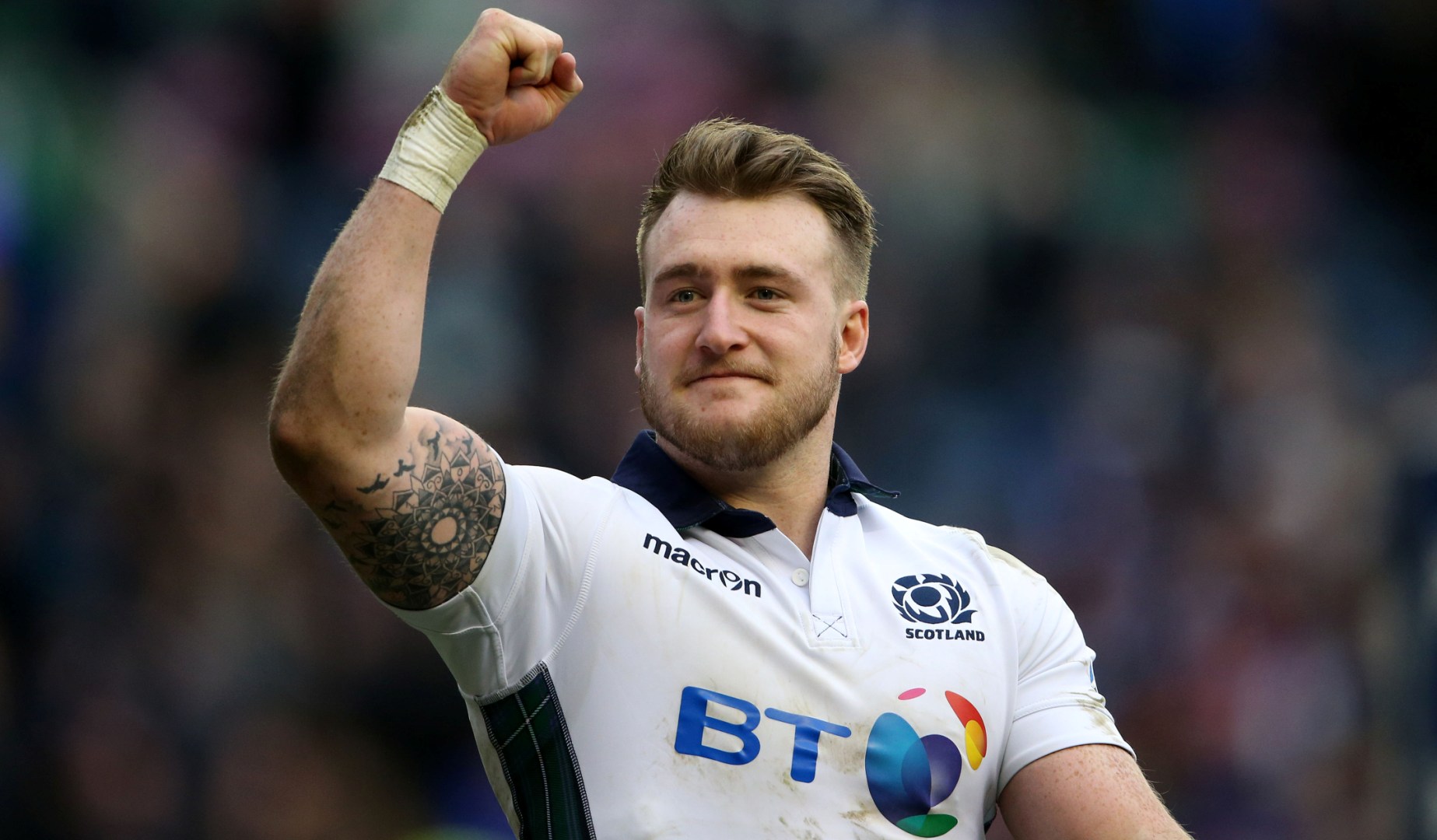 Stuart Hogg scored a sensational individual score and finished a late team counterattack as Scotland powered to a 43-16 victory over Georgia at Kilmarnock’s Rugby Park.

British & Irish Lion Hogg was central to a fine Scottish performance as Vern Cotter’s wrapped up their autumn with a second win.

Hamish Watson scored his first Test try to round off a superb autumn, Jonny and Richie Gray again excelled, while Ross Ford looked excellent with ball in hand.

It had not started brightly for Cotter’s side, Vasil Lobzhanidze breaking two tackles to go over from a driving maul.

But Tommy Seymour won the race to a loose kick to strike back immediately before they earned a penalty with a driving maul, 2013 Lion Sean Maitland crossed and then Hogg struck with a try few could match.

Watson’s try came just after the break before Lobzhanidze grabbed a second, but it was Hogg who has the final say as he finished off Ali Price’s counterattack.

Lobzhanidze has been one of world rugby’s brightest young things since making his debut at last year’s World Cup as an 18-year-old.

And he showed remarkable acceleration here to leave Seymour for dead off the back of a maul to score the game’s first score after five minutes.

Hogg looked lively from his very first touch and as Scotland pressured, it was the Lion who stood up to create the first score – his chip into space catching Merab Kvirikashvili unaware and Seymour raced through and got just enough contact to score a try that Greig Laidlaw converted.

Ford was making ground with every carry, the Test Lions hooker using his huge upper body strength to fend three would-be tacklers at one point.

? | Four first half tries including one very memorable one from Stuart Hogg gives the hosts a 20 point half time lead at Rugby Park #SCOvGEO pic.twitter.com/MWO77kD5Aw


But it was from the back of a maul that he nearly went over, though as Georgia collapsed the maul, Scotland won a penalty try.

Maitland then finished well from close range, standing up the Georgian defence before diving over – with Laidlaw precise from the tee as ever – before Hogg took centre stage.

Collecting the ball from deep he attacked the Georgian line, dropped a chip in behind the defence and – with a very friendly bounce – collecting the ball and rounding the remaining cover to gallop under the posts and put his side 31-11 ahead at the break.

Watson has been arguably the find of the autumn for Cotter and he continued his fine series in Kilmarnock, belying the size difference with opposite man Mamuka Gorgodze.

It was from a driving maul that he went over for his debut Test try, the Scots forming up from the lineout before Zander Fagerson neatly handed the ball off to Watson and the 25-year-old burst through to finish and extend Scotland’s advantage.

Lobzhanidze capped off a period of Georgian pressure to bring the scores to 38-16, but replacement scrum-half Price brought great energy to proceedings and broke well from inside his own half from a tap penalty, shifting the ball inside to Rory Hughes, whose simple pass put Hogg under the posts.