Jackie Kyle and Cliff Morgan: A Lions friendship for the ages

Frequent opponents in the Five Nations Championship, Jack Kyle and Cliff Morgan never toured together as British & Irish Lions but shared a friendship that extended way beyond their decorated playing careers. [more] 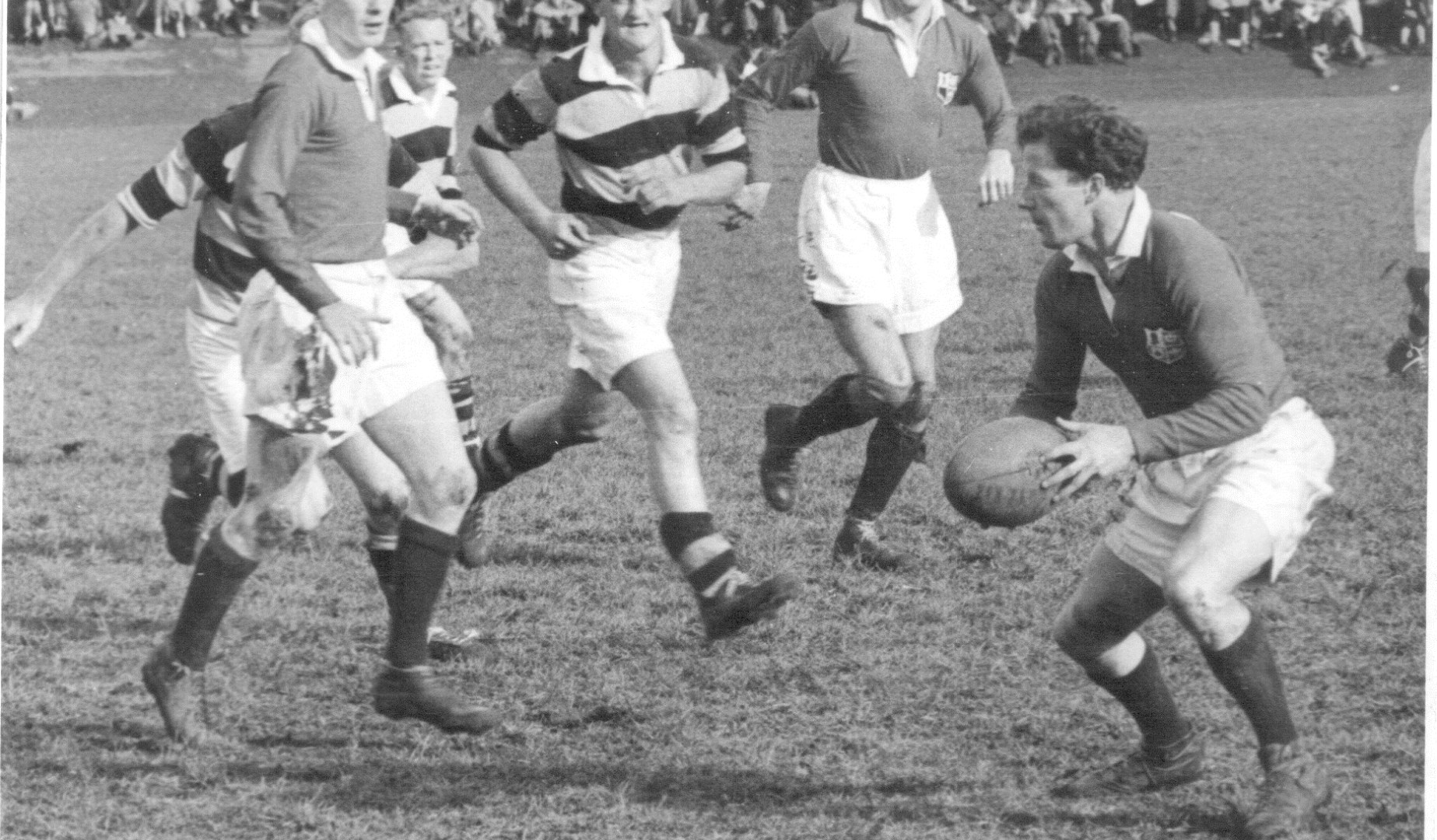 Frequent opponents in the Five Nations Championship, Jack Kyle and Cliff Morgan never toured together as British & Irish Lions but shared a friendship that extended way beyond their decorated playing careers.

The two fly-halves – one from Ireland and one from Wales – were playmakers on consecutive Tours in the 1950s. Kyle developed a cult following on the 1950 trip to New Zealand while Morgan’s prodigious talent was to dazzle crowds in South Africa five years later.

A gesture from the Belfast man – who was already five years into his own international career – before the game helped set any of Morgan’s nerves at ease.

His daughter Justine McGrath (nee Kyle) recalls: “In 1951, Cliff’s first-ever cap came against Ireland and dad was his opposite man. Dad went over, put his arm around him and said: ‘I hope you have a great game today Cliff’. Cliff was very nervous before his first game and it meant a lot to him to hear those kind words – and that was where the friendship started really.”

That match ended in a draw (3-3), a try for Ireland by Kyle matched by second row Ben Edwards’ penalty for Wales.

And as their rivalry would grow, McGrath remembers her father’s respect for Morgan’s abilities only increasing.

“Dad was hugely impressed by Cliff’s talent – he had so much admiration for him as a rugby player.”

A FRIENDSHIP ABOUT SO MUCH MORE THAN RUGBY

And as the friendship developed, the pair learned that they both shared a great love of literature. Correspondence between the two shows a pairing that were as much at ease discussing Keats as they were kicks at goal.

Morgan would go on to become a famous BBC broadcaster as well and Kyle took great delight in letting his Welsh friend take centre stage at social gatherings.

“Any time I was in his company I enjoyed myself thoroughly and it was always stimulating and interesting. He was a gifted raconteur and I feel very blessed to have known him,” remembered Kyle in McGrath’s book ‘Conversations with my father: Jack Kyle’.

Kyle was also greatly moved by the courage Morgan showed in his battle against cancer of the oesophagus.

As his daughter McGrath remembers: “Dad went with Mary Peters (Dame Mary Peters, winner of pentathlon gold at the 1972 Olympic Games) to Cliff's 80th Birthday party on the Isle of Wight, after Cliff had been diagnosed with cancer. In order to talk he had to put his finger in the opening of his tracheostomy. Dad said Cliff was a wonderful raconteur who refused to be beaten by the disease.”

The respect between the two was mutual – indeed for Morgan, Kyle was the best of the best.

“He (Kyle) was so beautifully balanced and had this gift of lulling opposition into a false sense of security. You'd think he was doing nothing and yet in an instant he'd pull the ball back, and there he was in a position to save or make a try,” said Morgan.

“I had gone to Penarth with my father to watch Kyle play in the Barbarian game. ‘Now there's a player that you ought to be like,’ my father has said.”

Jack Kyle pictured at home back in 2006

As told to Charlie Talbot-Smith