Full-back Stuart Hogg believes the depth Scotland boast in their squad can be the perfect springboard for a big year of success after rounding off their Autumn Internationals series with victory over Georgia. [more] 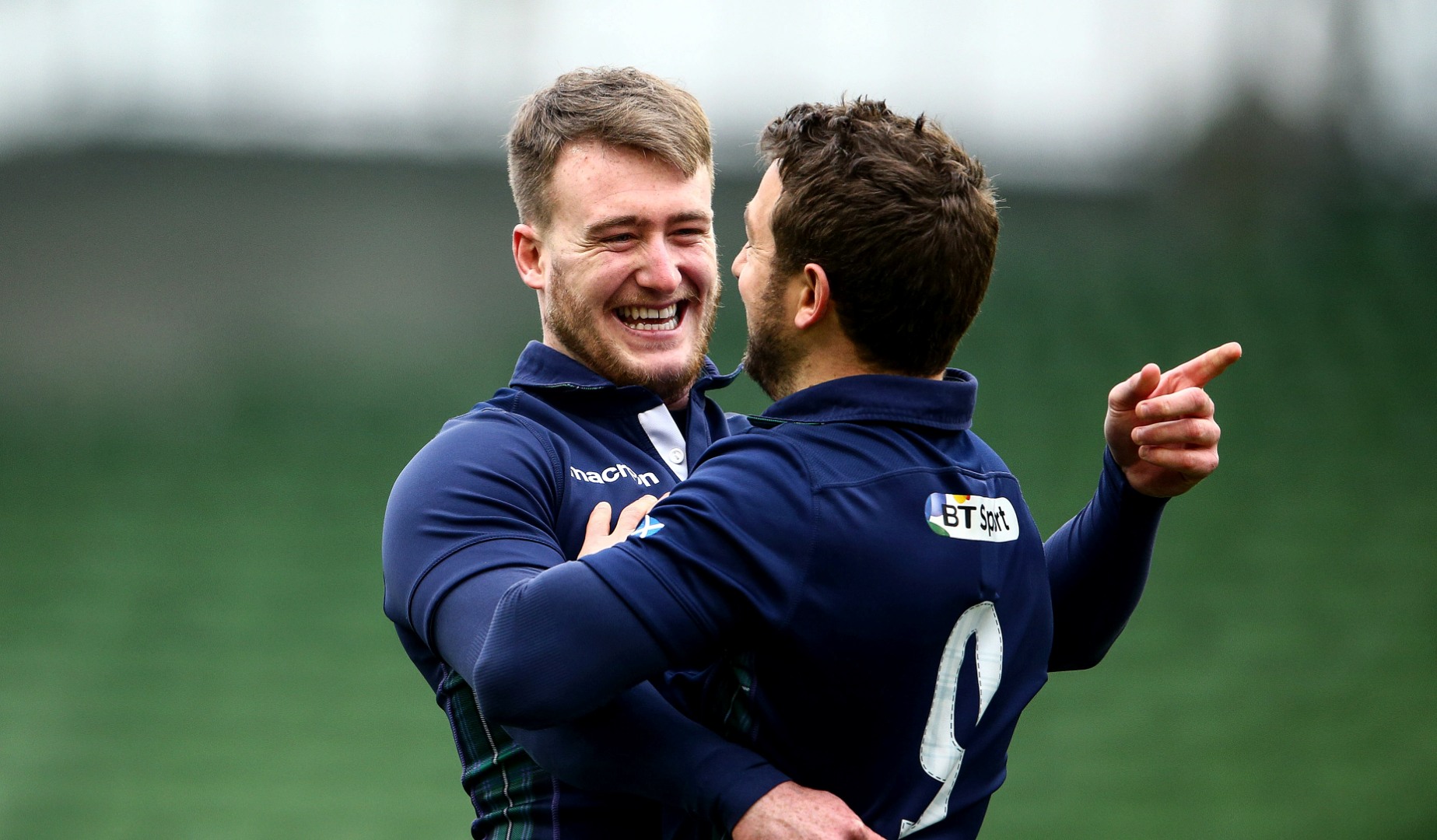 Full-back Stuart Hogg believes the depth Scotland boast in their squad can be the perfect springboard for a big year of success after rounding off their Autumn Internationals series with victory over Georgia.

The 2013 British & Irish Lion was on hand to cross twice for his country, with Tommy Seymour, Sean Maitland, Hamish Watson and a penalty try rounding off a 43-16 success in Kilmarnock.

That was despite Vasil Lobzhanidze’s try giving Georgia an early lead, inducing a small scare for a Scotland side who had also beaten Argentina and Japan, twice, since the summer.

And Hogg believes it’s victories like those Scotland need to take all the positives from, insisting they fear nobody ahead of a big year for players and individuals alike.

"You saw at times us going into zigzag patterns and milking penalties against Argentina," he said.

"Ultimately that won us the game. We're a fairly young team throughout, so we're continuing to learn and work hard and hopefully we'll continue to improve as well.

"We believe in ourselves, we'll back the coaching team over the hill and back, and we're ready (for the Six Nations). I think we're in a very good place.

"We've got good depth in our team, everybody's competing for places which makes training a lot better. We're playing some fantastic rugby out there and when we get good set-piece ball, get on the front foot, we look dangerous.

"We'll keep grounded, keep working hard, and when the Six Nations comes along we'll fire into it."

England News
Previous story The best reactions from Saturday
Next story LionsWatch: Visser on the board in Aviva Premiership