There was joy for the home nations this weekend as all four clinched victory on home soil, with Ireland creating national history in a pulsating Test against Australia. [more] 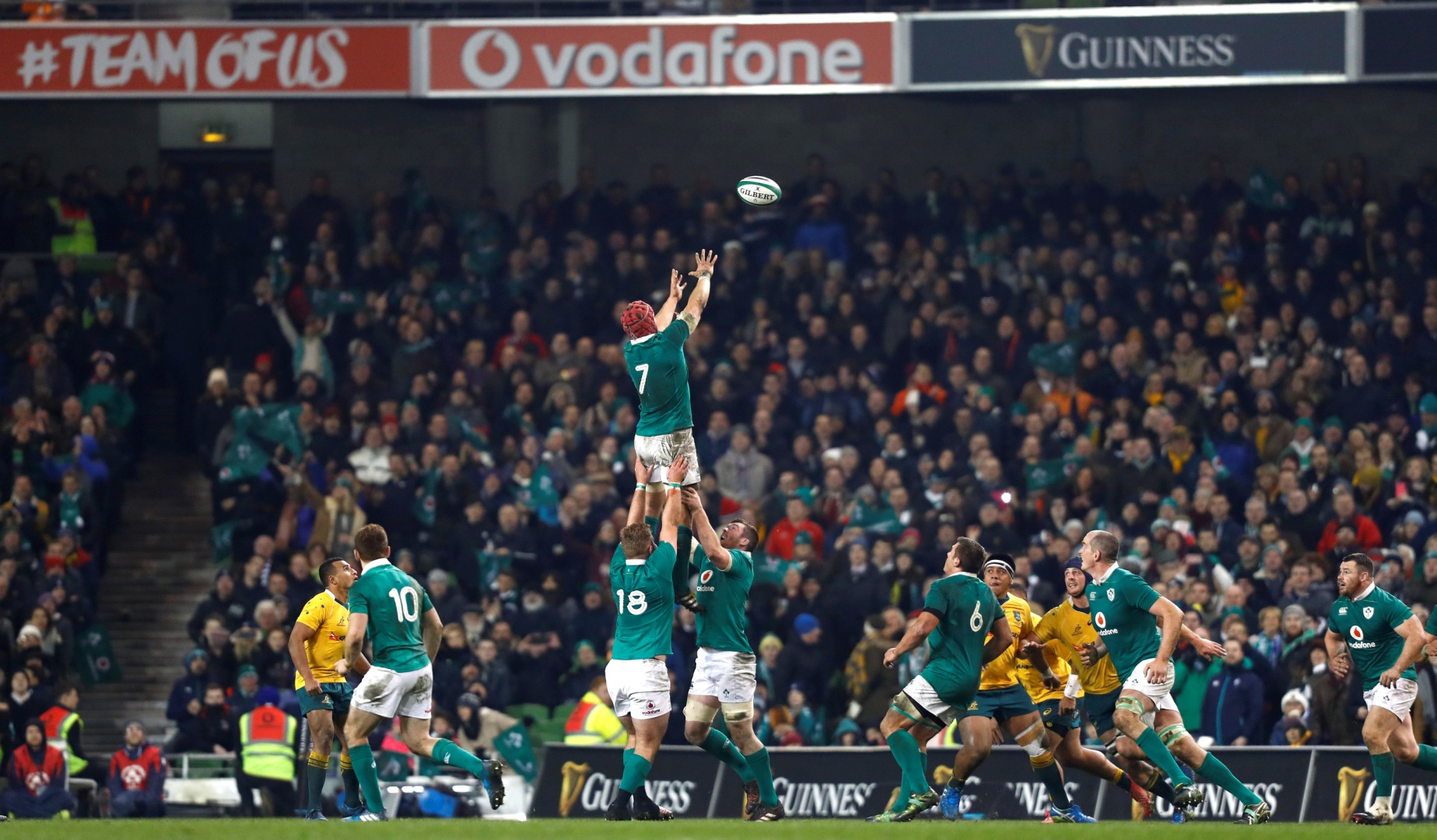 There was joy for the home nations this weekend as all four clinched victory on home soil, with Ireland creating national history in a pulsating Test against Australia.

Their 27-24 defeat of the Wallabies saw them seal wins over the big three southern hemisphere sides in the same year for the very first time, having already prevailed over New Zealand and South Africa.

It capped a memorable day for Rory Best, who celebrated his 100th cap in the green jersey, highlighting the post-match celebrations.

England won their 13th game on the bounce with a 27-14 victory over Argentina, with 17 points from Owen Farrell’s boot helping them to overcome an early red card for Elliot Daly.

The Pumas had looked to be on the comeback as half-time approached despite a 16-0 deficit, and while they narrowed the gap to just two points after the interval, a Jonny May score pulled England clear for one of their most impressive conquests of the year.

Elsewhere, Scotland crossed the whitewash on six occasions to conclude their Autumn Internationals and record a healthy 43-16 victory over Georgia, 2013 British & Irish Lion Stuart Hogg with two scores, while Wales made it three wins out of four in the series for the first time in 14 years, seeing off the Springboks 27-13.

Social media was abuzz with reaction to the home nations’ glory, and here’s just some of the best from the day.

1.  Ireland make history with victory over the big three

2. A nation’s hero celebrates his century

A great occasion for @RoryBest2 as he wins his 100th test cap for @IrishRugby and to have son Ben and daughter Penny by his side #IRLvAUS pic.twitter.com/aCbActwXep

Awesome gutsy win from the boys yesterday. Hope @bvunipola injury not too bad the boy has been immense. Support awesome as always ?

? | 6/6 from the tee so far from skip this afternoon including a few touchline efforts. #SCOvGEO pic.twitter.com/Cyx5LwYn7Y


7. Jonny Gray continued his fine form in the Scottish jersey

Jonny Gray has now played over 750 minutes of Test rugby without missing a tackle. At least 136 in a row #rugbyunited pic.twitter.com/84qifIfP0c

Justin Tipuric, what a try!!!!