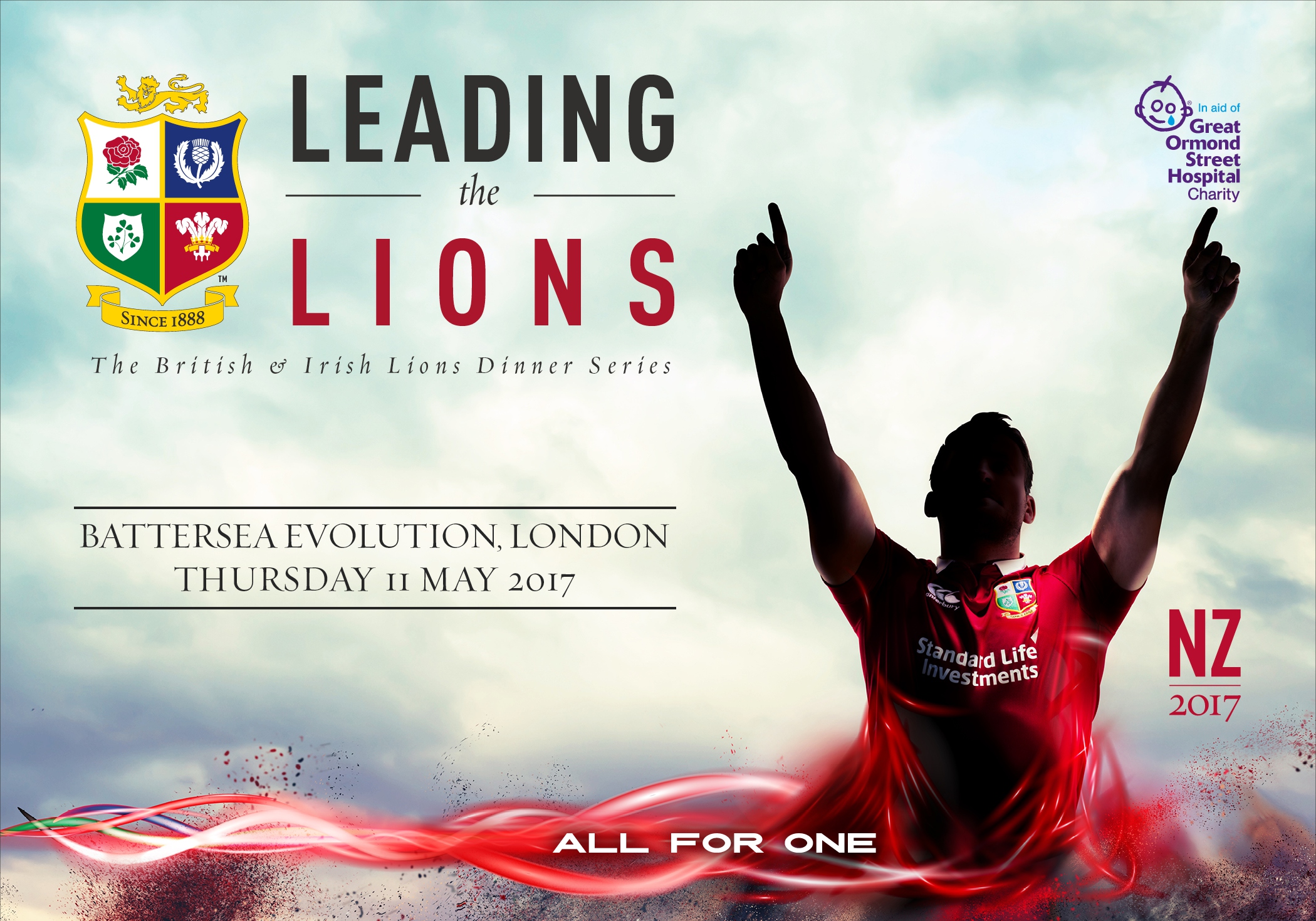 THE BRITISH & IRISH LIONS have partnered with Great Ormond Street Hospital Children’s Charity for the 2017 Tour to New Zealand.

For the first time the Lions will officially support the charity by raising funds which will help to make a huge difference to seriously ill children from across the UK and Ireland who are treated at Great Ormond Street Hospital including holding a black tie dinner at Battersea Evolution on May 11, 2017.

British & Irish Lions Chief Operating Officer Charlie McEwen said: “Great Ormond Street Hospital makes a huge difference to people’s lives both in treatment and the care they provide for patients and their families.
“Anyone who has had the privilege of visiting the hospital will know what a great service it gives to children from across the UK. The Lions family want to support the charity in their efforts and we hope the funds raised from this dinner will make a difference.”

Tim Johnson, Chief Executive of Great Ormond Street Hospital Children’s Charity, said: “It is a real honour that the British & Irish Lions will be supporting Great Ormond Street Hospital Children’s Charity. The money raised will help to provide world class care to seriously ill children from across the UK. We look forward to spending a very special evening with them before they head off on their tour to New Zealand.”
The Leading the Lions evening will celebrate Lions Tours of the past and look ahead to what is arguably the biggest Lions Tour ever next June.

Great names from Lions history will come together with 2017 Head Coach Warren Gatland and Tour Manager and 1971 Lion John Spencer and will be the finale of four events to benefit four Home Union-based charities.
McEwen added: “Bringing together past Lions’ coaches, captains and legends at these official events present not only a unique opportunity to hear from true Lions greats but to raise much needed funds for these four charities.”


All events include a wine reception, three-course meal, legendary Lions speakers and an auction in aid of the designated charities
For more information and to book places at the Leading The Lions Dinner Series go to www.lionsrugby.com/tours/leading-the-lions or call 0344 788 4068.