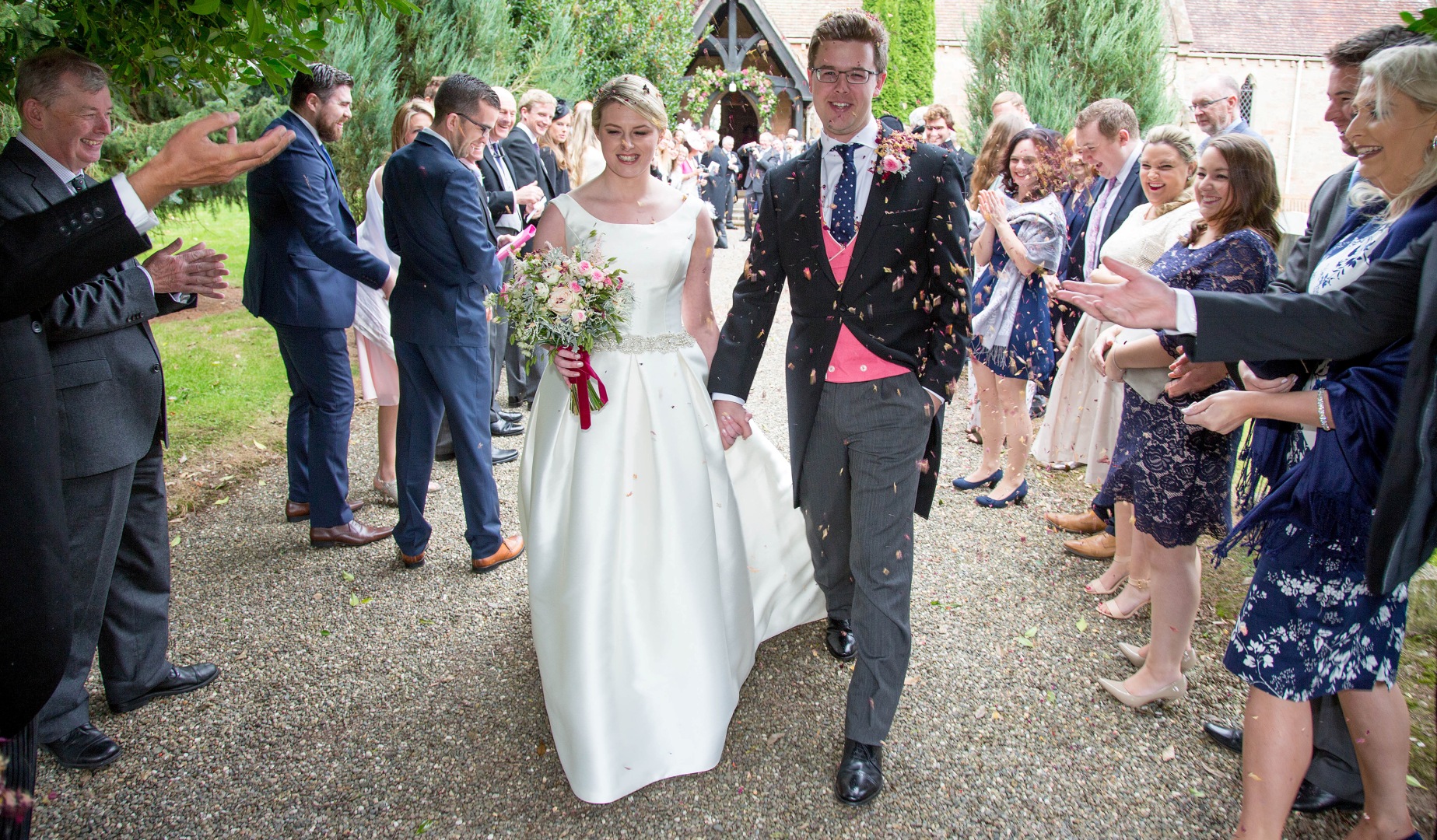 Two British and Irish Lions fans got the shock of their lives when head coach Warren Gatland delivered a ‘team talk’ like no other – on their wedding day.

"I got a bit teary as the Lions game played such a significant part in our relationship."

Two British and Irish Lions fans got the shock of their lives when head coach Warren Gatland delivered a ‘team talk’ like no other – on their wedding day.

Irish fan Rebecca Seery and England supporter Harry Johnston met in Australia at the third Test in 2013, as Gatland masterminded a spectacular victory to seal a series triumph for the Lions.

Fast forward three years and Gatland was again on hand to provide some words of wisdom as the couple embarked on married life together.

“How brilliant is that for an Irish woman and an Englishman to meet on a Lions Tour and end up getting married?” said the 53-year-old coach.

“I understand you met in 2013 at the third Test. For me it was an incredibly special day and obviously it was for you too.

“I just want to wish you all the best for a happy and long life together and hope you have a really special day.”
Gatland’s message was played during the best man’s speech at Harry and Rebecca’s wedding reception – to the complete surprise of the couple.

“My initial reaction was pure shock,” said Rebecca. “And then I got a bit teary as the Lions game played such a significant part in our relationship.

“To have it broadcast for our family and friends really brought it home what a chance encounter we had on that day – then to be watching it back on our wedding day made it all so real.”

Rebecca wasn’t the only one to get a little emotional following Gatland’s appearance.

“I won't be allowed to forget it by Rebecca, but I didn't shed a tear at the church, or during any of the speeches,” said Harry. “But when I saw the video message, I started getting emotional thinking back to how I sat next to Rebecca as a complete stranger that day, and there she was sitting to my right again, but this time as my wife.”

Rebecca added: “He managed to stifle some happy tears when I walked down the aisle but once he saw Gatland he was gone.”

The couple tied the knot at Harry’s parents’ house in Wykey, Shropshire – but it was the other side of the world where their amazing story began.

Rebecca, from Dublin, and Harry, of Shropshire, sat together as the only two Lions fans in a sea of green-and-gold-clad Wallabies supporters in their section of the ANZ Stadium in Sydney.

“To my right were some very boisterous Aussies and I thought ‘oh no, I’m going to be on my own here’,” said Rebecca. “Then this Englishman sat next to me with the same red Lions scarf on as me.”

Harry said: “We were in with the Aussie fans and sitting next to me was a pretty Irish girl who I got chatting to – and we kept talking. We were just united in happiness as the Lions kept on scoring tries.”

Rebecca added: “It was also an absolutely freezing night in Sydney. I kept talking about how I was going to marry Owen Farrell. We hugged each other once the final whistle went, I don't know why but we did.

“We were complete strangers so it was a bit bizarre.”

But the path to true love never runs smooth…

“At the end of the night, Harry went off to party the night away and I went back with my dad and my brother, who were also at the match, and that was it,” said Rebecca.

Once again, it was the power of sport that brought them back together.

Harry’s grandfather was the Test Match Special commentator and broadcasting legend Brian Johnston – nicknamed ‘Johnners’ – and it was his love of cricket that inspired the couple’s next meeting.

Five months after their initial meeting, they bumped into each other in Brisbane while Harry was following the England cricket team on their Ashes tour.

“I was on a night out and someone bumped into me,” said Rebecca. “It was a group of English guys who’d been out for the cricket and then I saw Harry coming towards me. I knew I recognised him but I didn’t quite know where from.

“We embraced and since that day in Brisbane after the Ashes we’ve spoken every single day, despite me living in Ireland for six months and Harry being in Australia.”

Their wedding day also saw another surprise as BIL the Lion – the official mascot of the Lions – made an appearance and posed for photos with the guests.

“We were so pleasantly surprised with the video and to have BIL there,” said Rebecca. “It really made the day even more special. We brought the scarf with us that featured in the infamous photo of us in 2013; we never expected to be wearing it in an interview for the Lions.”

Their love of the Lions could play a key part to a happy marriage for the rugby-mad pair, who are hoping to make the Tour to New Zealand in 2017.

“In the Six Nations we’re all against each other as rugby fans,” said Rebecca. “I am from Ireland and Harry is from England so naturally the Lions is the only time we support the same team.

“With the Lions you just join together – it’s unbelievable fun. When everyone comes together we’re a force to be reckoned with.”