Just 80 minutes separate England from an historic unbeaten year and the perfect way to underline their renewed vigour under Eddie Jones. [more] 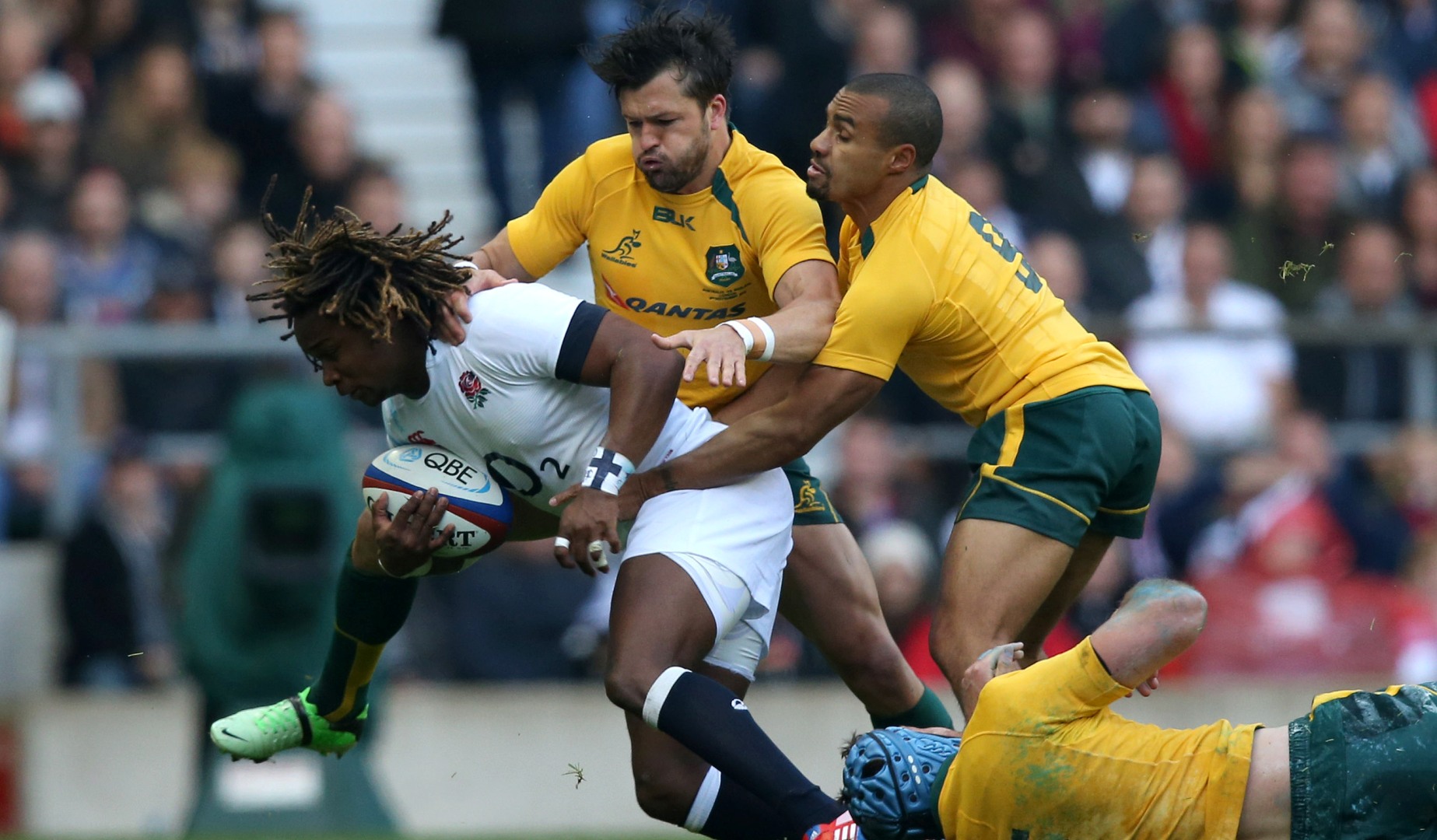 Just 80 minutes separate England from an historic unbeaten year and the perfect way to underline their renewed vigour under Eddie Jones.

And it is fitting that their final challenge of 2016 is against Australia – who have been the source of both good and bad memories for the Red Rose in recent times.

It may seem like a lifetime away now, but just 14 months ago England trudged off the Twickenham turf knowing that they would exit the 2015 Rugby World Cup at the group stages after a resounding 33-13 defeat to the Wallabies.

A Jones-inspired team then got payback in spades by becoming the first touring side to win a Test series 3-0 in Australia since South Africa in 1971.

Victory at Twickenham on Saturday, however, would lay those World Cup ghosts to rest – but Australia are also undergoing a rejuvenation after winning three of their four previous Tests this autumn.

Jones has been forced to make two changes to his starting XV, as Elliot Daly is serving a suspension and Billy Vunipola picked up a knee injury during England’s 27-14 victory over Argentina last week.

Marland Yarde comes in on the wing in place of Daly, and the Harlequins flyer is a good bet to mark his return with a try – he has scored six times in just eight starts for England.

But most of the attention is likely to be on Nathan Hughes at No 8, as the dynamic Wasps back-rower receives his first England start and bids to translate his domestic form into the Test arena.

Nice touch from @englandrugby. Photos left in our room to make camp feel a bit more like home… https://t.co/TOUl6C3EPO


Meanwhile, Australia coach Michael Cheika has brought in four new faces to his starting line-up from the side that lost to Ireland 27-24 last week.

Second-row Kane Douglas, who earned special praise from Cheika for his impact off the bench against Ireland, replaces Rory Arnold in the engine room.

In the back-row Dean Mumm has been dropped in favour of Lopeti Tomani, who lines up at No.8, which sees David Pocock shift to the blindside flank.

Elsewhere Sefanaia Naivalu, reputed to be the fastest man in Australian rugby, is preferred to Henry Speight on the wing and Nick Phipps returns to scrum-half at the expense of Will Genia.

England head coach Eddie Jones: “When you win how many games we’ve won in a row that’s when you’re at your most vulnerable.

“The only way you get over the top of that is to have the correct mindset and that’s an individual responsibility to get right.”

Australia scrum-half Nick Phipps: “We are playing for a lot of pride. Stephen Moore [Australia’s captain] has pointed out that this is the last time the 2016 side will play together.

“We have had some low periods this year and finishing it off as well as we can is important to us. We want to do it for the fans and the coaching staff. It is not about revenge for the summer; it is about us.”

One of the main reasons for England’s demise at the World Cup was their inability to recycle the ball efficiently under pressure from two ball-hawking back-rowers in Pocock and Michael Hooper.

The Red Rose bit back at the breakdown in the summer through the rise of Maro Itoje and their own superb flanker combination in James Haskell and Chris Robshaw, but only the latter will be lining up for England this Saturday.

Therefore much of the onus will be on Tom Wood – who has stepped up for the injured Haskell at No.7 this autumn – to stymie Pocock and Hooper’s talents after the tackle.

And if Hughes can carry the ball as abrasively as Vunipola and get the Australians backpedalling, England have every chance of making it 14 wins on their spin and equalling their all-time record.

Australia have a better history than most at Twickenham as, including their triumph over the Red Rose at the World Cup, they have won four of their last seven away meetings against England.

Records suggest this could also be a high-scoring affair – England’s 44-40 victory in last summer’s third Test was a record points tally in any match away to South Africa, New Zealand and Australia.

The Red Rose have also averaged 3.5 tries per game under Jones but watch out for Tevita Kuridrani – the centre could become the first Australian since Mark Ella in 1984 to score a try against all the four home nations on the same tour.

Four down one to go. Can @TevitaKuridrani complete the Super Slam for the #Wallabies. #SpringTour pic.twitter.com/DI2mGoUrYL