LionsWatch: Giles and Jones impress for Ospreys but Munster march on

Keelan Giles can't stop scoring in an Ospreys jersey this season, and he was at it again as the Welsh side recorded their sixth bonus-point triumph at the Liberty Stadium this Guinness PRO12 season. [more] 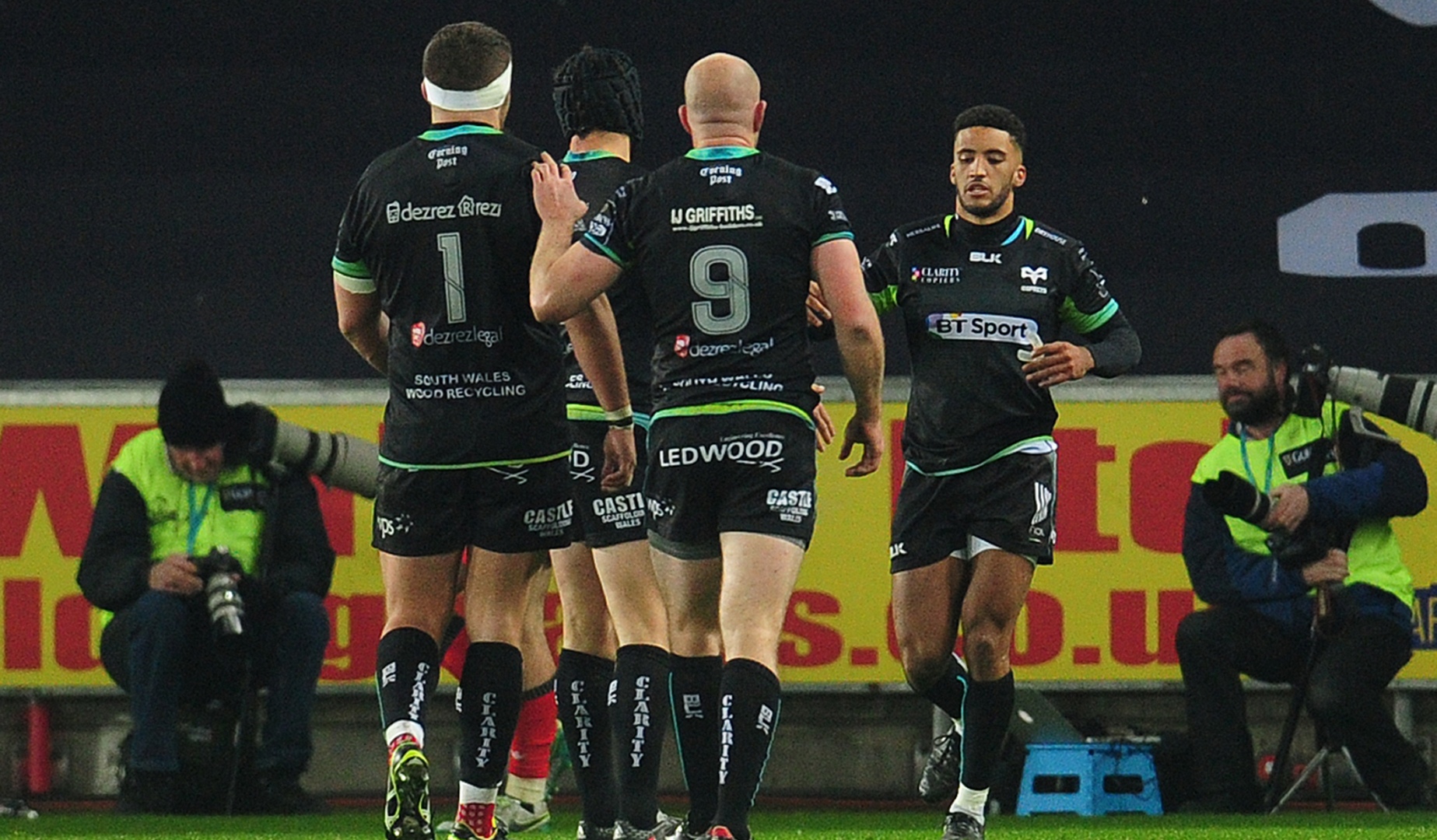 Keelan Giles can’t stop scoring in an Ospreys jersey this season, and he was at it again as the Welsh side recorded their sixth bonus-point triumph at the Liberty Stadium this Guinness PRO12 season.

But he wasn’t the only Welshman to impress as Alun Wyn Jones put in another imperious display en route to being awarded the man of the match.

However, their 31-22 triumph over Edinburgh wasn’t quite enough to see them climb to the summit of the Guinness PRO12 as Munster left it late to see off Glasgow Warriors.

A late try from Mark Bennett looked to have secured the home side the win at Scotstoun Stadium, but Ian Keatley had other ideas as he nailed a last-gasp drop goal for a 16-15 victory.

Welsh winger Giles went over shortly after the break to secure Ospreys the bonus-point en route to a 31-22 success over Edinburgh.

It was the 18-year-old fourth Guinness PRO12 try in as many games and his sixth in nine Ospreys games.

But he didn’t do it all himself and owed much to Jones as he showed great hands to sent the speedster over in the corner.


Combining with Dan Evans on the right, two-time British & Irish Lion Jones fired out a deft and beautifully executed pass to chalk up another score for Giles.

It was one of many sublime touches by Jones as he went on to be named man of the match, much to the delight of the Liberty Stadium faithful.

For a while it looked as though Giles and Jones would also be celebrating Ospreys at the top of the Guinness PRO12 only for Munster fly-half Keatley to spoil the party.

The league leaders surged out of the blocks and took control of the match thanks to a Keatley penalty and Andrew Conway’s try.

But Glasgow surged back after the break and tries from Ali Price and Bennett looked to have won the game for Glasgow as they mounted an impressive second-half comeback.

70' Glasgow break, Bennett charges down the wing, he has support inside, he doesn't need it as his pace gets him to the line, Warriors lead!


And Bennett’s score was something for the Scotstoun Stadium crowd to really celebrate as he surged down the right wing before cutting inside for a memorable score.

But Keatley kept his cool to win the game for the Irish side with a late drop goal as they ensured they ended the night still top of the pile.