LionsWatch: Itoje and Jones back as Test stars set for club returns

Saracens and England lock Maro Itoje returns to action this weekend and a host of potential British & Irish Lions return to club colours for the first time following the Test window. [more] 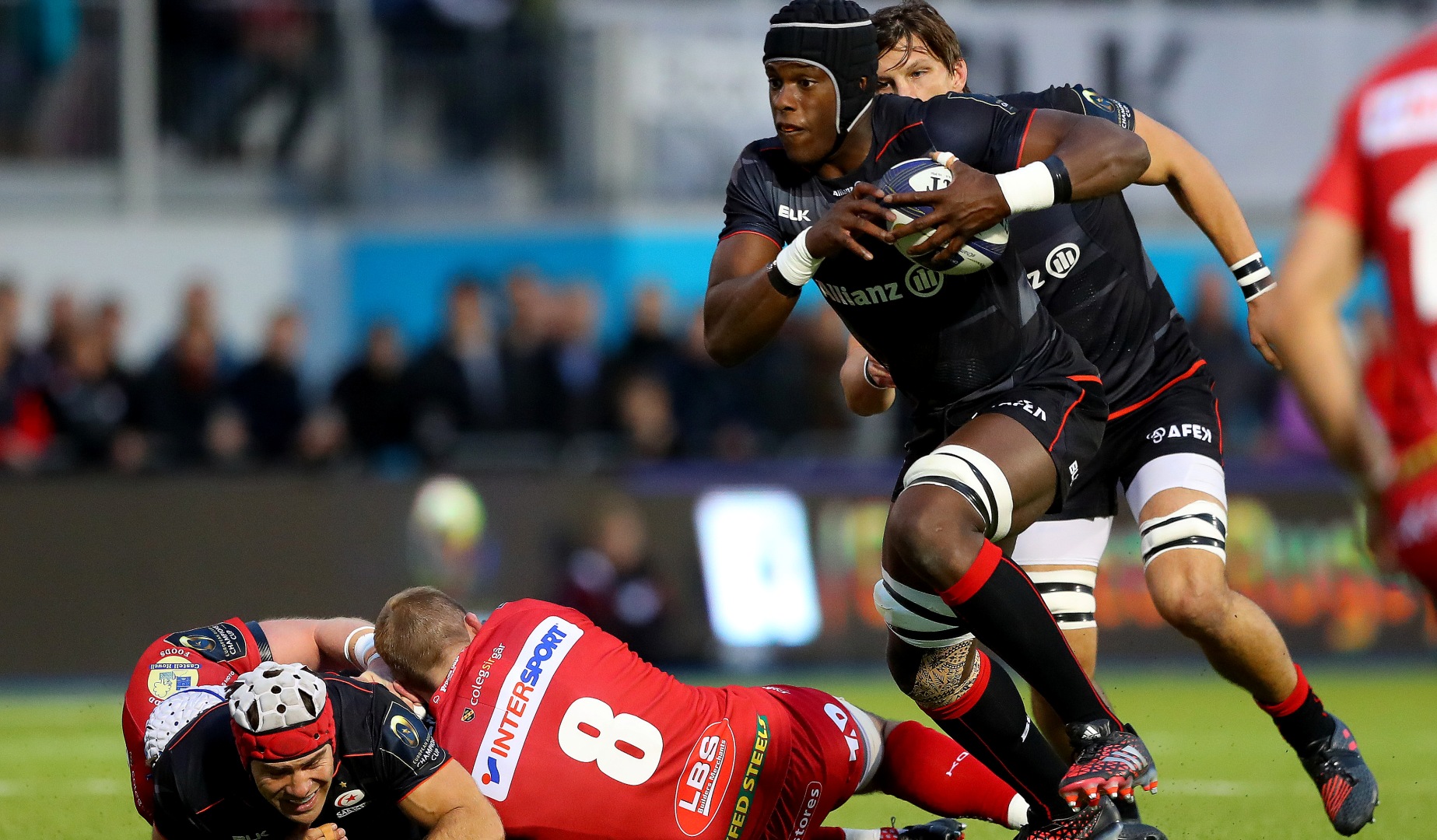 Saracens and England lock Maro Itoje returns to action this weekend and a host of potential British & Irish Lions return to club colours for the first time following the Test window.

Here we take a look at a pick of this week’s action from around Guinness PRO12 and Aviva Premiership.

Scotland No 8 and man of the match against Georgia, Ryan Wilson, returns to captain Glasgow Warriors against Munster in what Gregor Townsend has called the ‘best game’ to turn their form around.

Last season’s Pro12 semi-finalists Glasgow have slipped out of the top four after a 22-5 loss to Ospreys at Scotstoun and a 27-3 defeat away to Scarlets.

Munster have gone in the opposite direction and Rassie Erasmus’ men are top of the pile after five consecutive wins in all competitions.

In-form three-quarter Rory Scannell starts at 12 –with brother Niall back at hooker – Peter O’Mahony captains the side at six, while Tommy O’Donnell makes his 100th Pro12 appearance for Munster.

Townsend has rung the changes for Glasgow, welcoming ten internationals back into his squad, as he seeks to avoid three consecutive defeats for the first time since the 2010/11 season.

Rory Hughes, Peter Horne, Mark Bennett, Tommy Seymour and Ali Price all return to the back division, while Fraser Brown, Sila Puafisi, Rob Harley and Wilson join the pack, with Alex Allan on the bench.

“It’s the best game to have, definitely,” said Townsend. “We want to go out and play well and we’ll have to against the best team in the league just now.

“We played them recently in Europe and they were much better than us on the day, but we have to show determination to respond not just to what happened here last week but what happened in that game.”

Steve Tandy has rolled out his heavyweight Test players for a trip to BT Murrayfield that the Ospreys head coach believes is pivotal to their title challenge.

Lions captain in 2013’s third Test, Alun Wyn Jones returns from Welsh duty to skipper the side from lock, while winger Keelan Giles starts on the wing.

Ospreys sit third in the Guinness PRO12 table and if Munster fail to get a result at Scotstoun, they could go top on Friday night, a fact that is evident in Tandy’s team selection.

Josh Matavesi impressed with ball in hand during last week’s 22-5 win in Glasgow and starts at inside centre, recent Wales debutant Sam Davies pulls on the No 10 shirt – with Dan Biggar on the bench – and Justin Tipuric, one of Wales’ men of the Autumn, starts at openside.

“This is a big game for us. We’ve had a pretty decent start to the season and are sitting at the right end of the table but it’s the start of a busy period with some important games coming up,” Tandy said.

“They are all busting to pull the black shirt on again. There are boys like Kingy, Keelan, Sam, who are itching to get on the field because they’ve probably had a frustrating month, while we know what Alun Wyn, Tips, Dan and Sam bring to the table.”

Damien Hoyland links up with Will Helu and Blair Kinghorn in the back three, with Chris Dean and Junior Rasolea in the centres and Duncan Weir pulling the strings from fly-half.

While the Blues have lost four of their last five, Ulster have lost three on the spin and both sides have brought in the heavyweights for this crucial clash.

Five-cap Test Lion Tommy Bowe continues his road back from long-term injury with a start on the wing alongside All Black Charles Piutau and Ireland winger Craig Gilroy.

Iain Henderson, who started at lock in Ireland’s 27-24 win against Australia, is handed the No 6 jersey as Chris Henry makes his first start of the season at openside.

Blues boss Wilson admitted that the returning internationals had set up an intriguing encounter.

"We beat Ulster at home last season in quite an exciting game and I envisage something similar on Saturday evening,” Wilson said.

"They would have wanted that game last week and are coming into this after three weeks off but they have a star-studded team and their internationals back. They have some real quality.”

Itoje starts for Saracens in his first game since breaking his hand in the European Rugby Champions Cup win over Scarlets.

The 22-year-old lock had been expected to start for England this autumn but has watched Courtney Lawes, Joe Launchbury and clubmate George Kruis all shine for Eddie Jones’ Red Rose.

Semesa Rokoduguni starts on the wing and will look to remind Jones of what he is missing out on at Twickenham with a livewire shift.

“It’s been great having the international guys available for t he game – they give us a bit of extra experience in key positions which always comes in handy!” said Bath coach Todd Blackadder.

Lion Manu Tuilagi continues his injury comeback from the Leicester Tigers bench, with in-form fly-half Freddie Burns starting at No 10 for Richard Cockerill’s side.

Tigers are fourth in the Premiership but have seen a four-point gap open up with third-place Bath and Cockerill starts Lions hooker Tom Youngs in the front-row.

Saints, who suffered a disappointing 22-16 loss at the hands of Newcastle Falcons last weekend, are able to bring in 2013 Lion George North on the wing.

North failed to score in three starts for Rob Howley’s Wales this autumn and will be keen to make a mark in a derby that rarely fails to disappoint.

Wales and Lions centre Jonathan Davies returns to the Scarlets starting XV, with Test props Samson Lee and Rob Evans both on the bench as Wayne Pivac’s side aim to extend their six-game Pro12 unbeaten run against Zebre.

Tiernan O’Halloran is at full-back for Connacht against Benetton Treviso at the Sportsground, while Joey Carbery is back at fly-half for Leinster as they take on an in-form Newport Gwent Dragons side at the RDS.

Two-cap Test Lion Geoff Parling is in the engine-room for Exeter Chiefs against Sale Sharks on Friday night, with Rob Baxter’s side looking to move into the top four with a victory.

Gloucester are unchanged from the side that narrowly lost out to Saracens last week, while Danny Cipriani starts for Wasps away to Worcester Warriors on Sunday and Lions 2009 Player of the Series Jamie Roberts returns to start for Harlequins’ trip to Newcastle Falcons.