Jonathan Joseph scored two tries and created another as England ensured they will end an incredible 2016 with a perfect record by beating Australia 37-21 at Twickenham. [more] 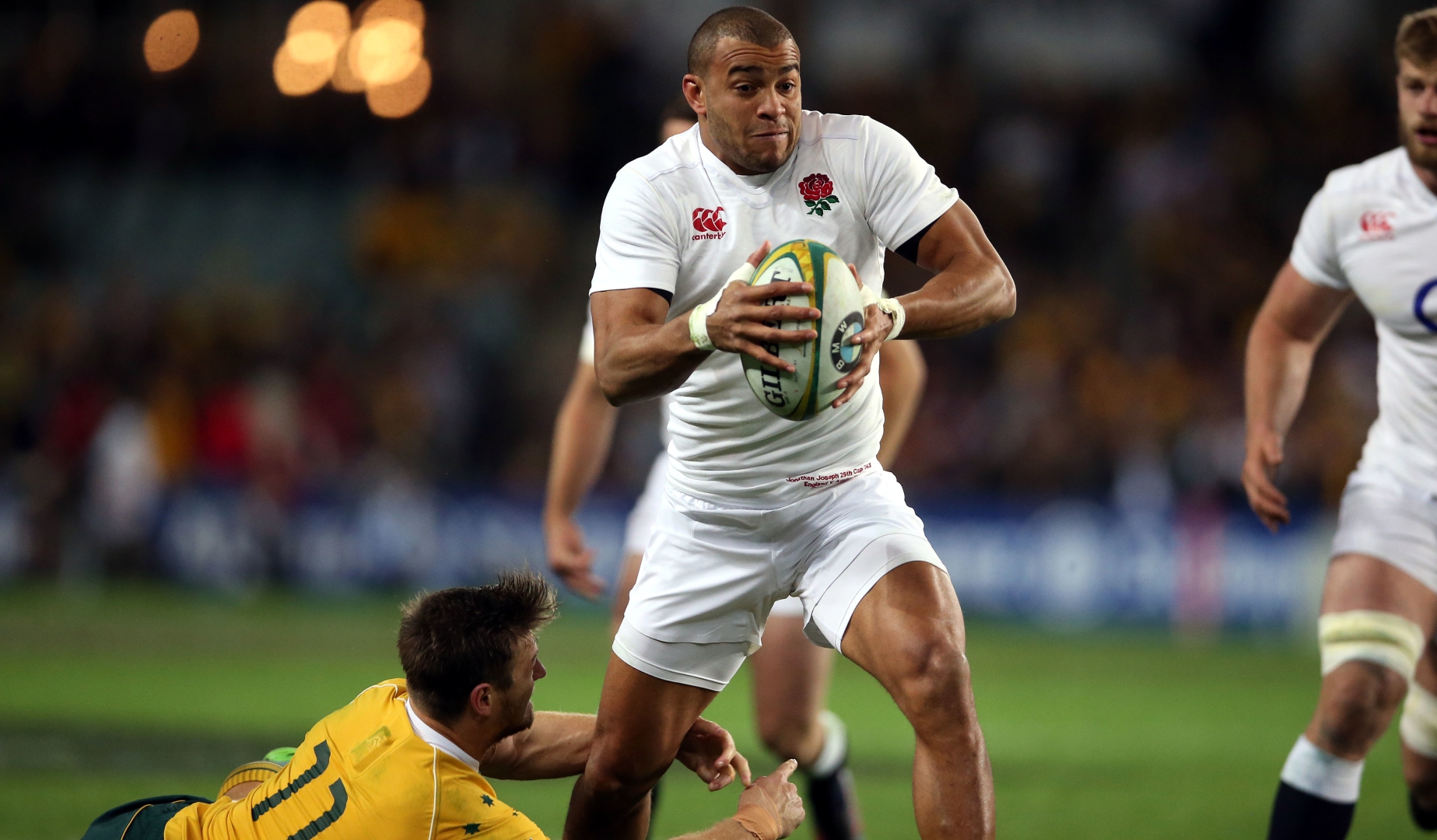 Jonathan Joseph scored two tries and created another as England ensured they will end an incredible 2016 with a perfect record by beating Australia 37-21 at Twickenham.

Since Eddie Jones took charge, the Red Rose have won all 13 matches they have played this year – including beating Australia on four separate occasions.

The Wallabies were the last side to defeat England when they prevailed 33-13 at the 2015 Rugby World Cup and although they started this game quickly, the hosts responded in style in front of the British & Irish Lions coach Warren Gatland to triumph in their final match before the calendar flips to 2017.

Australia stunned the hosts as they flew out of the blocks at Twickenham, having already missed two big opportunities to get on the board before opening the scoring on six minutes.

Bernard Foley had pushed a second-minute penalty wide of the right-hand upright before Tevita Kuridrani – looking to become the first Australian since Mark Ella in 1984 to score a try against all four home nations on same tour – thought he had dotted down after Owen Farrell and Mike Brown failed to clear the ball from behind their own try-line.


The TMO ultimately ruled Kuridrani’s score out for a David Pocock knock-on in the build-up but the visitors got their try soon after – a strong scrum shunted England off the ball and when the ball was spread to the left wing, Sefa Naivalu showed why he is considered the fastest man in Australian rugby to canter over.

Foley slotted the conversion and also nailed a penalty to make it 10-0, while that lead could have been even greater if powerful prop Sekope Kepu hadn’t been held up over the line.

Australia’s early dominance was demonstrated by the 83 per cent possession they enjoyed in the opening 15 minutes but England began to stamp their authority on the game with 97 per cent of the possession in the following five minutes.

Inside centre and 2013 Lion Farrell – who passed 500 points for his country last month – closed the gap to 10-3 with a penalty, while Dane Haylett-Petty had to be alert to dive on George Ford’s kick ahead with Marland Yarde in close attendance.

A second Farrell three-pointer narrowed the deficit further before the Red Rose showed the sort of opportunism that helped them triumph in Australia this summer to take the lead for the first time.

WATCH: "It's scrappy but England will take it!" England lead! SS2 now. Brought to you by @DoveMen #ScrumTogether https://t.co/fbgeRB50gv


Kepu dropped a pass on halfway following scrum-half Nick Phipps’ hesitation, Farrell booted the ball on and Joseph won the race to collect and dot down under the posts, the conversion making it 13-10 to the hosts.

A pair of Foley penalties restored Australia’s lead before half-time but with Jones’ words no doubt ringing in their ears, England began the second period in style, as they crossed for two tries and notched another penalty before the hour mark.

Firstly, Joseph stabbed a precise grubber kick through the Wallabies defensive line and Yarde narrowly beat Israel Folau to ground the bouncing ball over the whitewash.


Scrum-half Ben Youngs then produced a brilliant individual score, quickly taking a penalty and selling opposite number Phipps a glorious dummy to dart over for the try.

Farrell converted both and stayed perfect from the tee with a 56th-minute penalty which gave the hosts a seemingly unassailable 30-16 advantage.

Australia did give themselves a fighting chance when Kepu showed a turn of pace rarely seen from a front-row forward to glide between Joe Marler and Farrell and race over the whitewash.

But Foley couldn’t add the conversion, leaving the deficit at nine points, and Joseph wrapped up England’s perfect 2016 when he intercepted Pocock late on and sauntered over for his second, and his team’s fourth, try to seal the 37-21 victory.