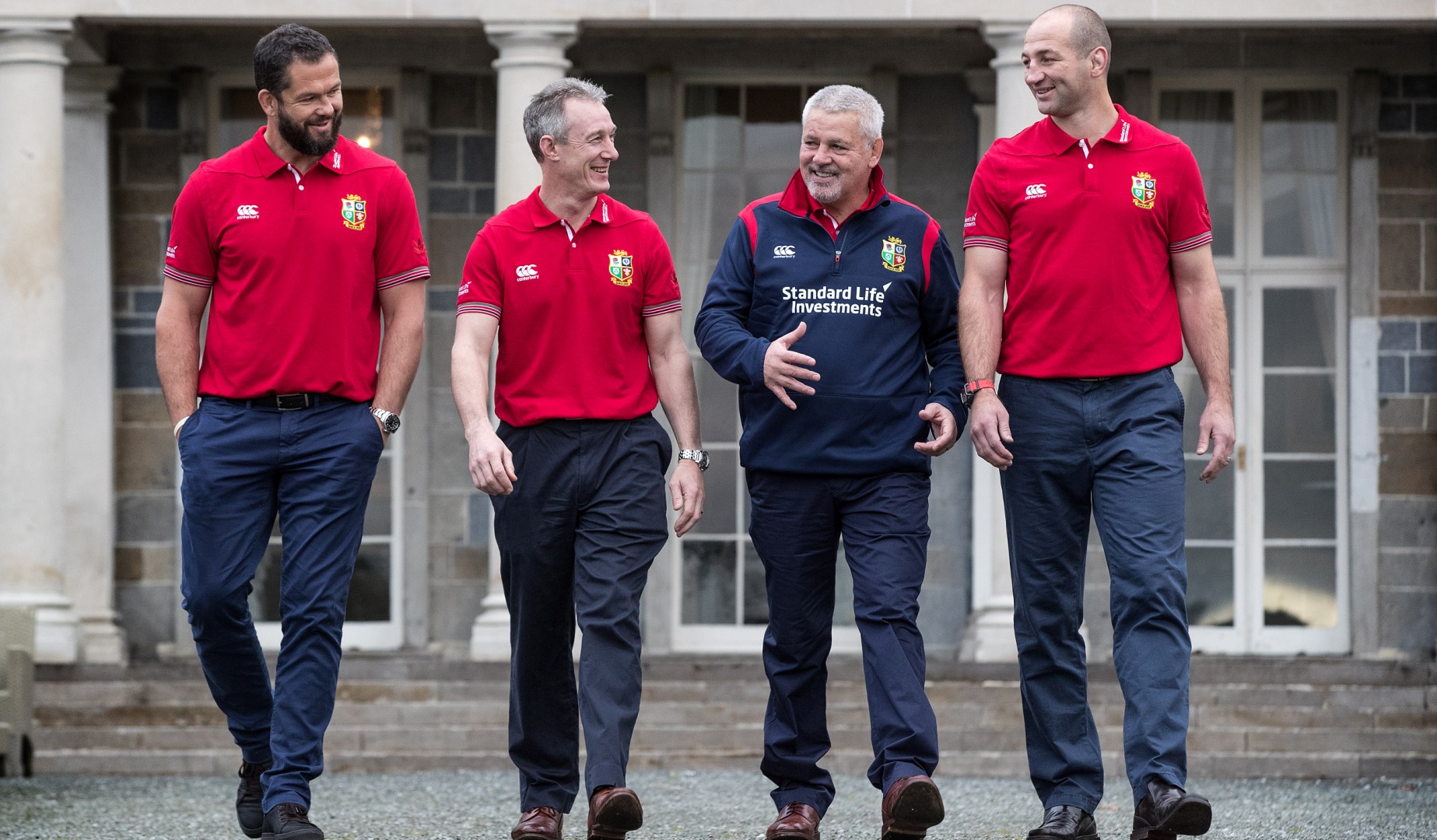 Gatland said: “I am excited about this coaching team. I said from the outset it was important to have continuity because we need to hit the ground running, given the limited preparation time. In Rob and Andy we have guys who understand the Lions concept, have worked together and know how to coach a winning Lions team.

“It’s also important to have some new input. Steve has done a great job in shaping the England pack and played a major role in their recent run of success, so I’m looking forward to working with him.”

The trio will work with their respective countries for the RBS 6 Nations before joining the Lions ahead of the Squad Announcement on April 19, 2017. The Lions Management Team will be announced in early January.

Gatland added: “We may look to bring in a specialist coach but, fundamentally, this is the core coaching team we believe can help a talented group of players win a Test series in New Zealand.”

Former England captain Borthwick said: “It’s a huge honour to be involved. There have been some fantastic Lions forwards coaches in the past – Jim Telfer, Andy Robinson, Warren himself, Graham Rowntree – and it’s a real privilege to be chosen. It’s a brilliant challenge and one I’m really looking forward to.

“We’ve seen some fantastic results from the Home Nations in the recent autumn series and some brilliant performances by the players. That all bodes well for the Lions.

“One of the great challenges of a Lions Tour is to bring together players from four different countries that are used to playing against each other and help them bond to create a forward pack with the right mentality and collectiveness, and willingness to work for each other.”

Farrell, part of the Ireland coaching group that drew a double-header with New Zealand last month, said: “The Lions is a unique experience for players and coaches. To bring together the best players from four countries and go to the home of the World Champions to take them on in their own backyard – that’s pretty special.

“As a group we are going to be tested across the board against the number one ranked team in the world.  The challenge for us will be to get on the same page as quickly as possible, appreciate fully the danger they pose and find solutions to their attacking threats.”

“The British & Irish Lions is at the pinnacle of international rugby. We have a responsibility to uphold its tradition and heritage, and build on the success of the 2013 Tour.

“This will be my fifth Tour with the Lions but my first to New Zealand. We are under no illusions what to expect on the field but, with the inspirational travelling support from all four Home Nations behind us, I believe it will be a memorable six weeks.

“It is a huge achievement to be selected and I’m looking forward to the opportunity of working alongside the coaches and players from the other nations.

“As a coach, the experiences in 2009 and 2013 were hugely rewarding and I’d like to thank the WRU for once again supporting the role and understanding the benefits we can take forward from this opportunity.”