The British & Irish Lions is the pinnacle of our sport - it was something I never achieved as a player so to be here as a coach is a great honour. [more] 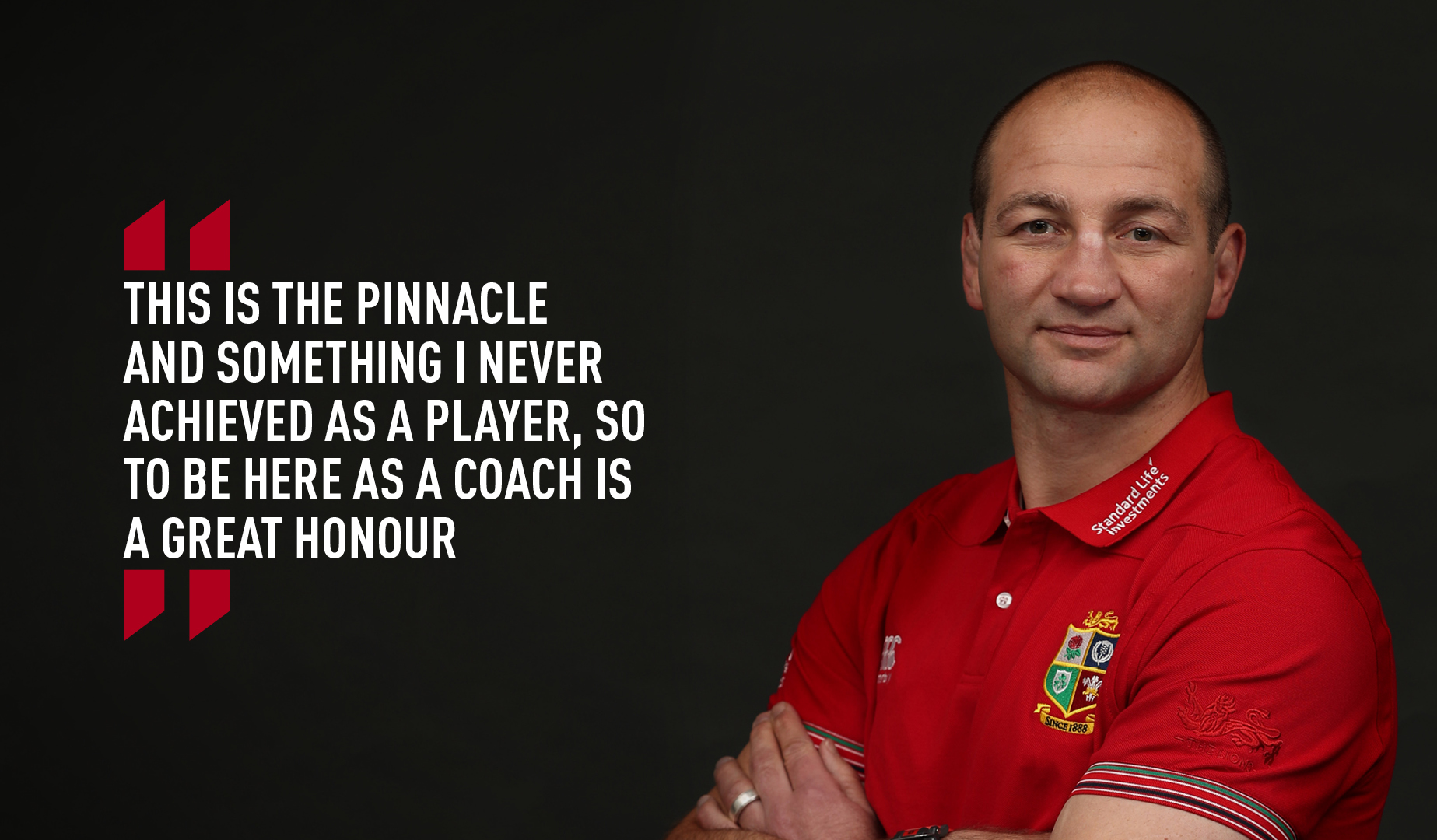 The British & Irish Lions is the pinnacle of our sport – it was something I never achieved as a player so to be here as a coach is a great honour.

Going all the way back to my junior rugby club Preston Grasshoppers I have dreamed of being involved.

That great England and Lions second row Wade Dooley came from the same club as me so as a child I knew all about the famous Lions traditions.

He was someone I was desperate to emulate and then I remember the 1997 Tour to South Africa so clearly.

We all used to go to the club to watch the games. We would be going there for training but we would always make sure any session that we had was timed around the games so we could watch them.

What a fantastic Tour it was, it was genuinely inspirational for a teenager like me so to be involved now is an amazing feeling.

Not only is it an honour to be part of the coaching team for the 2017 Tour, but I also view it as an opportunity – a fantastic challenge to go down to New Zealand and take on the All Blacks.

After speaking with Warren, I discussed it with Eddie (Jones) and with the RFU first, they gave their blessing and were very supportive which I am very grateful for.

Bringing together players from four different nations, who all play the game differently, and working together to build a unified team will be a great challenge.

With the magnificent players that we have at our disposal then it will make for a fantastic Tour.

All four home nations have done superbly this autumn and there are players from each of them that have put their hands up, which makes real competition for places.

It will be a fierce Six Nations coming up of course, but right now the teams are all going well which makes for an extremely exciting prospect in 2017.

New Zealand is a country that lives and breathes rugby, it is a fantastic place to go and I know that myself from touring there as a player.

To have the opportunity to go to somewhere where the rugby is such an important part of their culture, where they are so strong – is an incredible exciting challenge.

And as forwards coach I know that we will need to have a very strong set-piece, to make sure that we have a cohesive unit around the field.

I am looking for a pack that plays together, that is physical and confrontational – in all Test match rugby that is vital and against a team like New Zealand that is no different.

It has been a great journey since I retired two and a half years ago as a player and began coaching. The World Cup with Japan first and then the past year with England have been fantastic.

And with the coaching team I will have around me for the Lions I know that will continue.

I played against Rob (Howley) a few times – towards the end of his career as I reminded him today! – and he has fantastic pedigree with the Lions.

I battled against Warren’s teams for most of my professional career and Andy (Farrell) has been both my teammate and my coach before.

What all these guys have done with the teams they have been involved with has been hugely successful so it all bodes extremely well and I am excited to get started.