When Rory Best made his 100th appearance in an Ireland shirt, it was a proud day for the entirety of Ulster and the only professional team he has ever played for. [more] 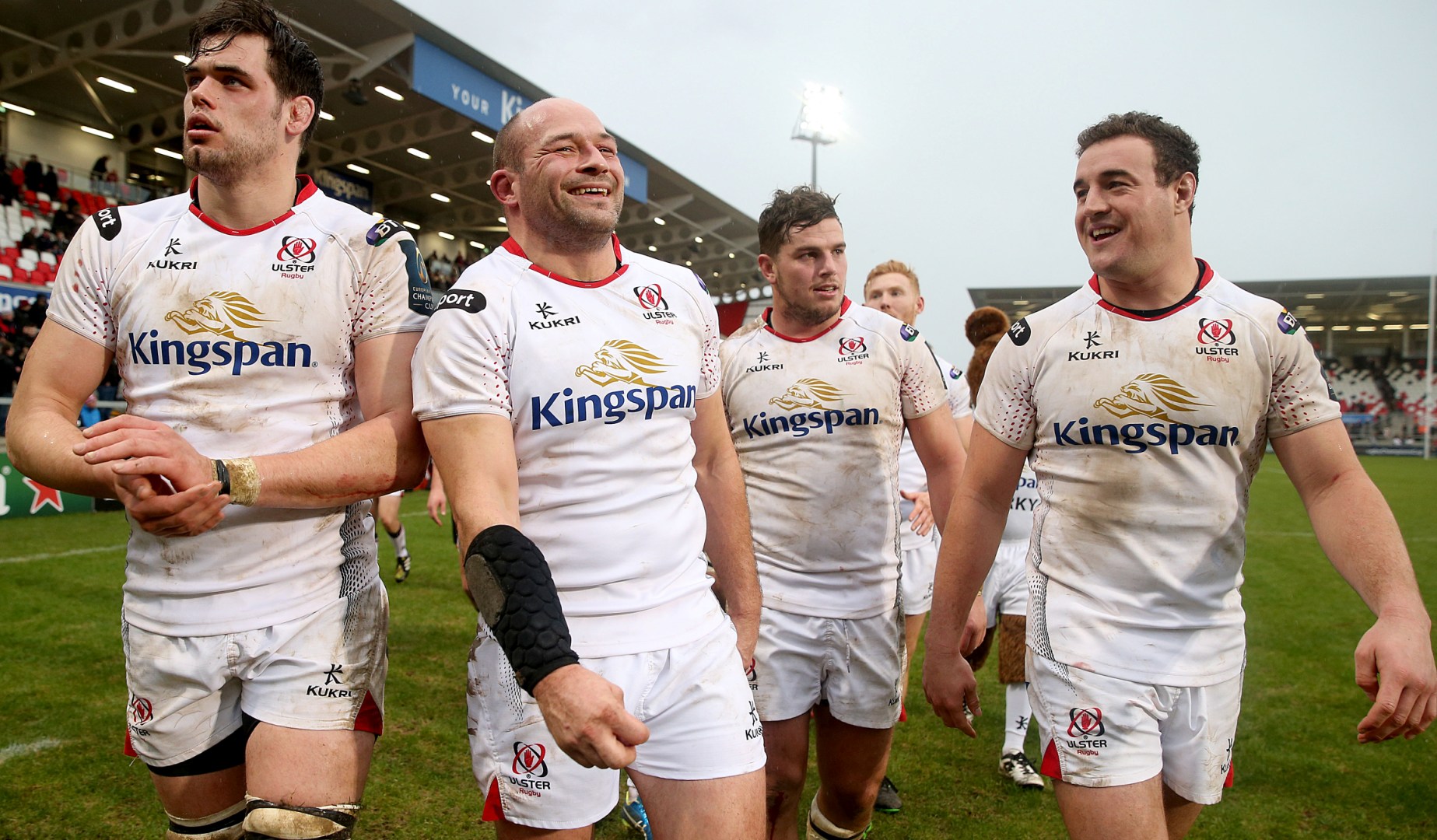 When Rory Best made his 100th appearance in an Ireland shirt, it was a proud day for the entirety of Ulster and the only professional team he has ever played for.

Ulster have been regulars in the knockout stages of both the Guinness PRO12 and in European competitions throughout recent times with Kingspan Stadium renowned for its fierce atmosphere.

They reached the quarter finals of the European Cup for the first time since 1999 in 2011 and 12 months later reached the final where they lost to Leinster.

Their most recent domestic final came in 2013 where they were beaten 24-18 again by their Irish rivals Leinster at the RDS Arena in Dublin.

Sky Sports’ Mark Robson has been following Ulster closely over recent years and was impressed by the start to the season made by the team.

“They looked very exciting at the start of the season, they were off-loading well and the back line was functioning,” he said.

“But they have not had the same backline on consecutive weekends, there are three to five changes a week because of injuries and Ireland call-ups.

“Ulster’s game seems to be suited to the 4G surface, that’s where their best performances have been, they like to get their wingers involved and play a high tempo game.”

Ireland captain Best led his side to a famous victory over the Lions’ 2017 opponents New Zealand in November to lay down an early marker with Lions head coach Warren Gatland.

“At 33 he’s playing the best rugby of his career,” added Robson.

“He was magnificent in the November internationals, he’s got his 100 caps and his stats have improved, he’s more accurate and he’s exceptionally good over the ball.

“The players who play around him say the amount of unseen work he does is phenomenal. You have to be on the pitch to realise how important he is.”

Wingers Tommy Bowe – a two-time Lion from 2009 and 2013 – and Andrew Trimble will both certainly come into consideration with strong 2017 RBS 6 Nations campaigns.

And elsewhere Robson expects Iain Henderson to mount a strong challenge for a place on the plane to New Zealand if he can find the kind of form he demonstrated last season.

“Iain Henderson has had some injuries but he was very good last season,” he said.

“He has not got up to speed yet this season and he’s more of a marked man these days. He has huge potential to be a world class player, there’s no question about that.

“He has that versatility and he will have played a lot of rugby at second row and back row, he’s probably equally adept in both positions.”

With Ulster making a strong start in the Guinness PRO12 and sitting in a tough European pool alongside Clermont Auvergne, Bordeaux-Begles and Exeter Chiefs, there are certainly chances to impress Gatland and his new coaching line-up and Robson believes Stuart McCloskey or Craig Gilroy could yet catch the eye.

“If he can get a run of games, Stuart McCloskey, is a big, quick boy and with good hands who off loads well. He would definitely be a Warren Gatland style of player, he could be the new Jamie Roberts.

“He’s just back from injury and scored a try so he needs a run of games.

“The only real outside bolter would be Craig Gilroy, he was joint top try scorer in the Guinness Pro12 last year and he can beat players for fun. He’s phenomenal when he gets space.”

As one of the four Irish provinces, Ulster have made significant contributions to the British & Irish Lions throughout their long history including Jackie Kyle and Syd Millar.

In particular, during the Lions’ historic 1971 series victory over New Zealand, two Ulstermen in Mike Gibson and Willie John McBride shone in the famous red jersey.

“Mike Gibson, they still talk about him in New Zealand,” Robson explained.

“He played when they won in New Zealand and they had never seen the like of him and he’s still revered there.

“He played ten and was a cross between Barry John and Conrad Smith, you can’t get higher praise than that.

“Willie John McBride was the same for what he brought as a leader. The All Blacks respect players who will stand up and show no fear and Willie John was that kind of guy.”

Mark Robson is a sports broadcaster with Sky Sports