The best players from the four home nations will square off on the continent as the European Rugby Champions Cup and Challenge Cup returns this weekend - we've picked out some of the developing storylines to keep in mind. [more] 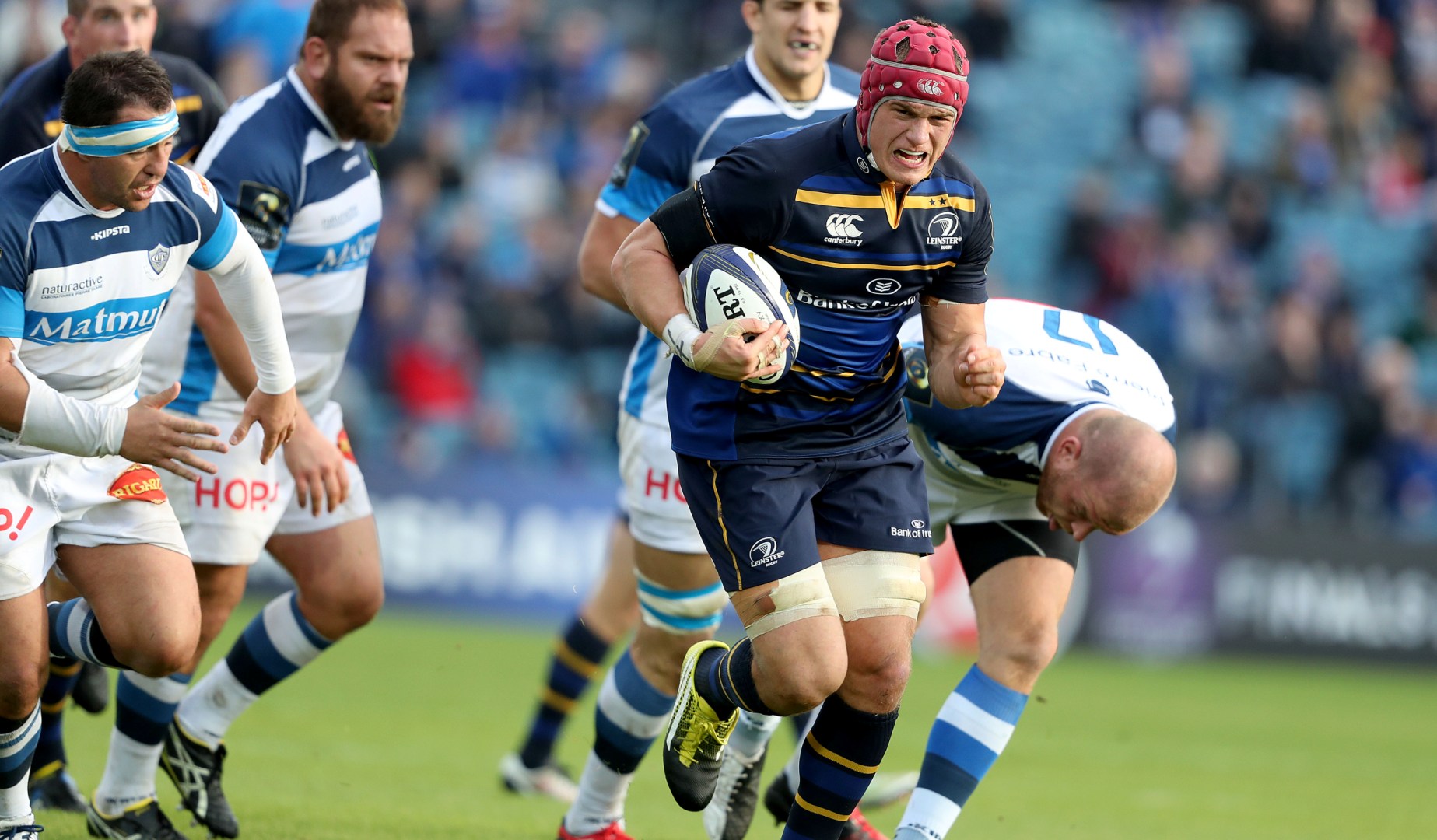 The best players from the four home nations will square off on the continent as the European Rugby Champions Cup and Challenge Cup returns this weekend – we’ve picked out some of the developing storylines to keep in mind.

Enter now to win a Lions jersey signed by the Coaching Team!

Brilliant Byrne gets big chance as Toner reaches half century:

After appearing for Leinster as a precocious 18-year-old back in 2012, Adam Byrne’s career was put into jeopardy by two broken legs, one after the other.

But the winger has battled back to become one of the Guinness PRO12’s form flyers, and his five tries is more than any other Leinster player has scored this season.

He has proved the value of the autumn period for those outside the Test scene, taking his chance and forcing his way into Leinster’s Champions Cup starting line-up for a vital clash against Northampton Saints at Franklin’s Gardens.

If he can prove himself on this stage, he may hope to attract the attention of Ireland and Joe Schmidt.

With only two points separating top from bottom in Pool Four, Leo Cullen has poured his biggest names into this game.

A loss to Newcastle Falcons in Round 9 of the Aviva Premiership and defeat to Leicester Tigers in the East Midlands Derby have left Northampton Saints without a league win since the middle of November, but they have welcomed back their heavyweights to keep in touch in Europe.

All four played a part in England’s unbeaten autumn, but with Mallinder’s side never having beaten Leinster at home, they will have to dig deep to down a side flying high in the Guinness PRO12.

Wood and van der Flier both enjoyed stellar recent Test series, with the young Leinsterman establishing himself on the world level and Saints’ skipper re-marking his territory in England’s back-row.

No side has conceded more turnovers than Leinster and Northampton this year – both on 36 – and if either van der Flier or Wood can edge that breakdown battle, it will be key.

It is Ospreys’ first-ever season in the Challenge Cup, but they are clearly not taking the second-tier of European rugby lightly – fielding 2013 Lions Test captain Alun Wyn Jones, Dan Biggar and Justin Tipuric in an attempt to maintain their 100% record.

Teenage winger Keelan Giles’ meteoric rise continued with a strong finish in Ospreys’ 31-22 victory Edinburgh last time out, but it was his stunning hat-trick against Lyon in the Challenge Cup that really announced his special talent to a wider audience.

He may not have managed to make his senior Wales debut in the autumn, but if his scoring form continues, then it could be just a matter of time.

Five tries in two games have made Giles Ospreys’ top points scorer in the competition on tries alone and though place-kicker Biggar may attempt to chase that down this evening, the 18-year-old has a perfect chance to further demonstrate his potency.

Grenoble are yet to claim a single point and after losing 50-7 to Newcastle Falcons, an in-form Giles surely represents a terrifying prospect.

La Rochelle have been the surprise package in this year’s Top 14 – they have sneaked into fourth spot and within six points of table-toppers Clermont Auvergne.

But David Humphreys’ side crossed for four tries at Kingsholm through Mark Atkinson, Josh Hohneck, Ollie Thorley and the in-form Matt Scott as they continued their 100 percent start to their European campaign.

Humphreys' side, who won the Challenge Cup in the 2014-15 season, have won five consecutive games at Kingsholm and look in fine form heading into the busy Christmas period,

A spot in the knockout stages of the Challenge Cup is not out of the question for a Falcons side playing with real purpose in wins over Harlequins and Northampton.

Dean Richards has brought in a few new bodies to a side who are pushing for Champions Cup qualification on a domestic front, with Sam Egerton, Mouritz Botha and Tom Catterick all starting.

Yet they are neck-and-neck with Friday’s opponents, Lyon, on five points in third in Pool 2 and a good win in France would not only boost their European challenge but no doubt provide huge confidence to their ranks.

Fred Burdon and Dom Waldouck have impressed so far in the centres this year, while former England prop David Wilson provides vital nous at tighthead.