Carmarthen Quins were founded in 1875, and boast a proud British & Irish Lions history, with eight players donning both the red, yellow and black stripes of the Quins, and the legendary red of the Lions. [more] 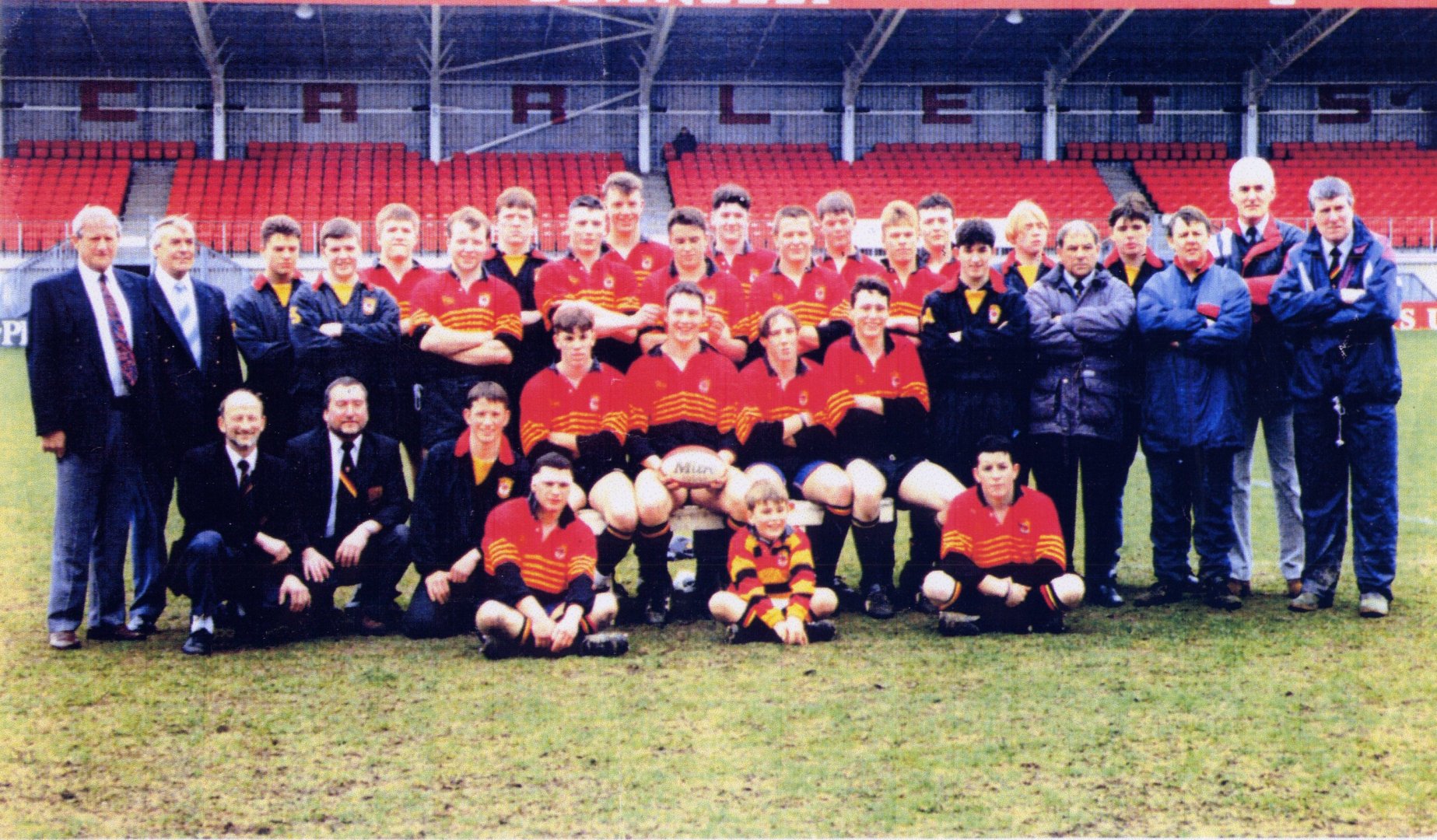 Carmarthen Quins were founded in 1875, and boast a proud British & Irish Lions history, with eight players donning both the red, yellow and black stripes of the Quins, and the legendary red of the Lions.

Quins, who play at Morfar Lane, are currently holding their own in seventh in the Principality Premiership with seven wins from 12 games and beat league leader Merthyr last time around.

The notable star name in the Lions in recent times is Stephen Jones, who joined Llanelli Scarlets as a Quins youth player in 1996.

He became Wales’ most capped back and is sixth on the leading points scorer in international rugby union, with 970 points (917 for Wales and 53 for The Lions).

He toured New Zealand with the Lions in 2005, after helping Wales win the RBS 6 Nations Grand Slam that year, featuring in all three Test matches.

He cemented his place as first-choice Lions fly-half in the 2009 South Africa tour, starting all three tests and scoring 39 points.

Jones was not an exception – the Quins are a feeder club for Scarlets – and a significant number of their young talents end up at the Guinness PRO12 side if they show particular promise.

The first Quins player who took to the field for the Lions was Dr T. E. Jones-Davies, who played for the club in 1924-25, and toured New Zealand with the Lions in 1930.

He had a long affiliation with the Quins, returning as club president in 1958 and was expected to serve for many years, says club historian Percy Jones, but sadly passed away after less than a 12 months at the helm.

According to Jones, the pair are never far away from community events or fundraisers around the club, and lent their expertise in adjudicating a Carmarthen Quins Dream Team 1950-2000, put together by Jones.

“That was a copious piece of work – it took me three years,” said Jones. “I needed some adjudicators that I could rely on to see if the whole thing had been done fairly.

“People think you’ve picked certain players for certain reasons. I needed people to judge and convince people that it’s been done by the book.

“Delme and Roy spent a lot of time in my house checking documents, and when we picked the dream team, they were there on the night, it gave it so much credibility the fact they were there.

“They are stalwarts as far as the Carmarthen area is concerned. We have a lot of respect for those two guys.”

He toured three times with the Lions, first in 1966 before he was capped for Wales, made two Test appearances on the Lions’ 1968 tour of South Africa and three on the 1971 tour of New Zealand.

Bergiers, who played for the Quins’ youth 15, played in South Africa with the Lions in 1974.

More recently, Robin McBryde and Matthew Rees made solitary appearances for the Quins in 2004 and 2005 respectively.

McBryde was selected for the 2001 British and Irish Lions tour, but pulled out through injury.

Hooker Rees toured South Africa in 2009, making three appearances, and was part of the first all-Welsh front row since 1955 to start a Lions test, with Adam Jones and Gethin Jenkins.

“It doesn’t matter if you played in the one game or even the youth team, you’ve worn the Quins colours,” said the club historian.

Ieuan Evans in Lions action in 1997

Welsh wing wizard Ieuan Evans turned out for Quins first team more than a dozen times before moving to Llanelli in 1981 after two years with the club.

Evans remains the third highest Welsh try scorer, behind Shane Williams and Gareth Thomas, and went on three Lions tours between 1989 and 1997.

Carmarthen-born Ray Gravell also donned the Quins shirt for an exhibition game in 1985. He earned 23 caps for Wales, with four appearances for the Lions in 1980.

Gravell died on October 31 2007 aged just 56, 35 years to the day since being part of the famous Llanelli win over the touring All Blacks.