Leinster's young stars shone as the Irish province dominated Northampton Saints at Franklin's Gardens for a 37-10 bonus-point win that fired them to the summit of Pool 4 in the European Rugby Champions Cup. [more] 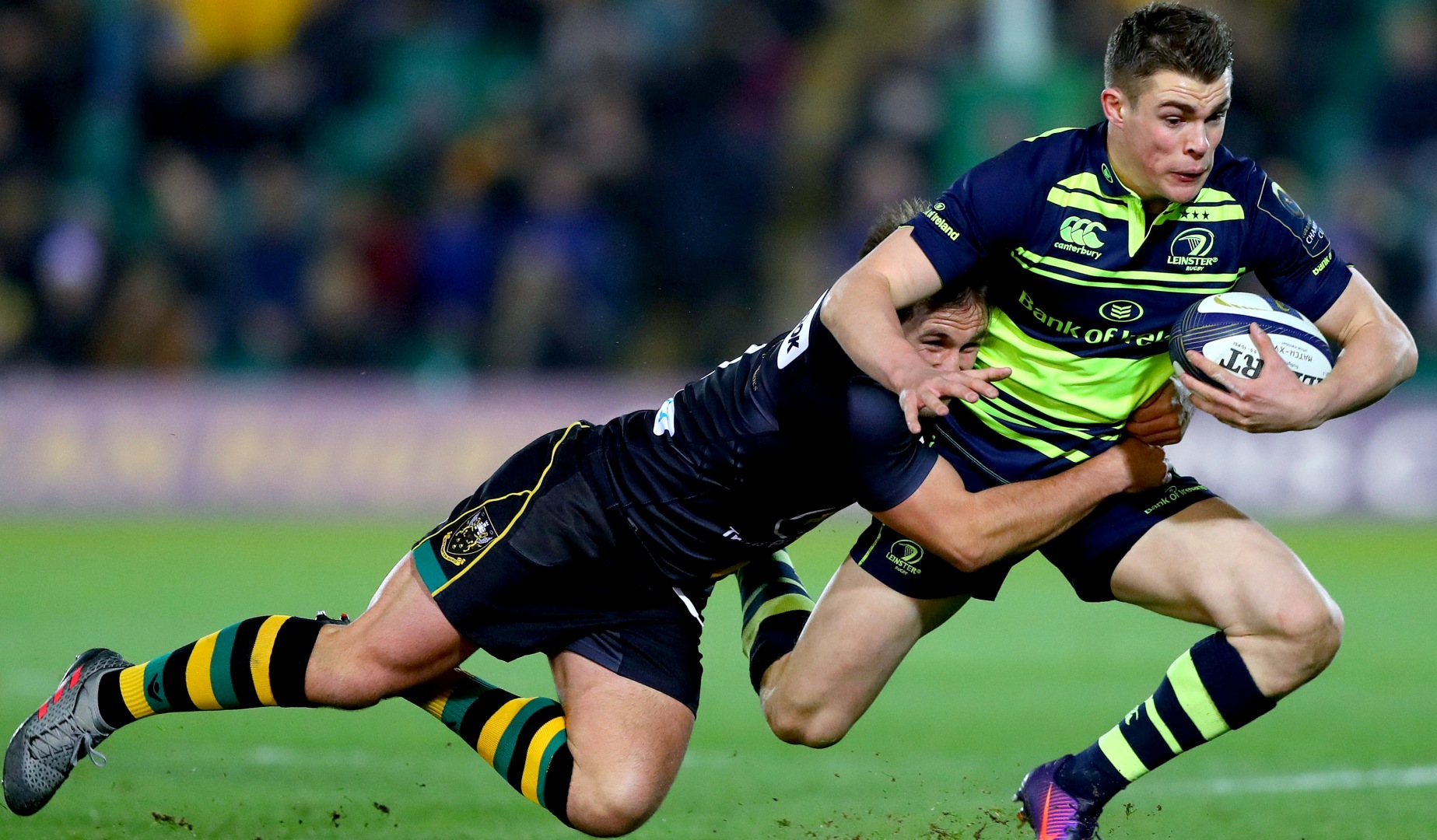 Leinster’s young stars shone as the Irish province dominated Northampton Saints at Franklin’s Gardens for a 37-10 bonus-point win that fired them to the summit of Pool 4 in the European Rugby Champions Cup.

Garry Ringrose made the most of two-time British & Irish Lion Rob Kearney’s ghosting break to go over after just two minutes, while Rory O’Loughlin and Ross Byrne linked up for a fine late score and Josh van der Flier was exceptional all night.

The game was finely poised at 10-3 at the break and when Ahsee Tuala took JJ Hanrahan’s fine pass to score after the interval, Saints were level at 10-10.

Tom Wood fought hard for Northampton, but Leinster had too much in the end and Sean O’Brien hammered home their advantage when he powered over.

Saints then dropped down to 14 men before Byrne crossed the whitewash and Jamison Gibson-Park and Isa Nacewa scored late to seal the bonus point.

Ringrose has long been one for the Irish future, but he announced himself in the autumn with a try against Australia and a fine performance against Canada.

He continued that form here, giving Saints little room for respite by hanging perfectly on the shoulder of the also-outstanding Kearney to score within two minutes.

Full-back Kearney made another scything break two minutes later and but for a flailing Northampton arm may have been clean through, though his night was curtailed through injury just after half-time.

It’s just over a month since props Jack McGrath and Tadgh Furlong helped Ireland to defeat the All Blacks and the pair were prominent in the early exchanges.

Firstly, in the scrum they had Saints going backwards, but both also made timely interventions in the loose. Furlong carried hard to get Leinster on the front foot while McGrath showed brilliant hands to keep a Leinster attack alive with the score still at 10-3.

Joey Carbery looked bright early on, the new Ireland cap was sure with ball in hand and had Leinster’s backline playing with real zip.

Saints finally got their hands on the ball after Carbery’s departure and started to look dangerous going forward, with Stephen Myler exploiting acres of space in the Irish backfield.

Myler got Saints on the board after 20 minutes with a penalty, but it was Wood leading a brilliant defensive effort.
His superb hit on Hayden Triggs marked a shift in momentum, while he also came up with another huge tackle as Leinster pressed in the closing exchanges of the first half.

The returning Hanrahan enjoyed a fine start to the second half, the former Munster playmaker breaking in midfield and when the ball was recycled, popping up to fire a perfect miss pass to Tuala for an easy run-in, which Myler converted to pull Saints level.

O’Brien notched the crucial score when he managed to force his way over from close range after 58 minutes.

Rory O'Loughlin scores his sides third try and you can see what it mean to him. @leinsterrugby hunt for the bonus point now #NORvLEI pic.twitter.com/j2grypNr3a

Mallinder’s men saw themselves go down to 14 minutes after, following a dangerous tackle from England captain Dylan Hartley.

O’Loughlin then collected Byrne’s cross-kick to score after 66 minutes, while former Hurricane Gibson-Park struck with a fine individual score late on and experienced campaigner Nacewa grabbed the last.