Saturday's clash between Munster and Leicester Tigers will be pivotal for both sides' hopes of making the European Champions Cup knockout stages. [more] 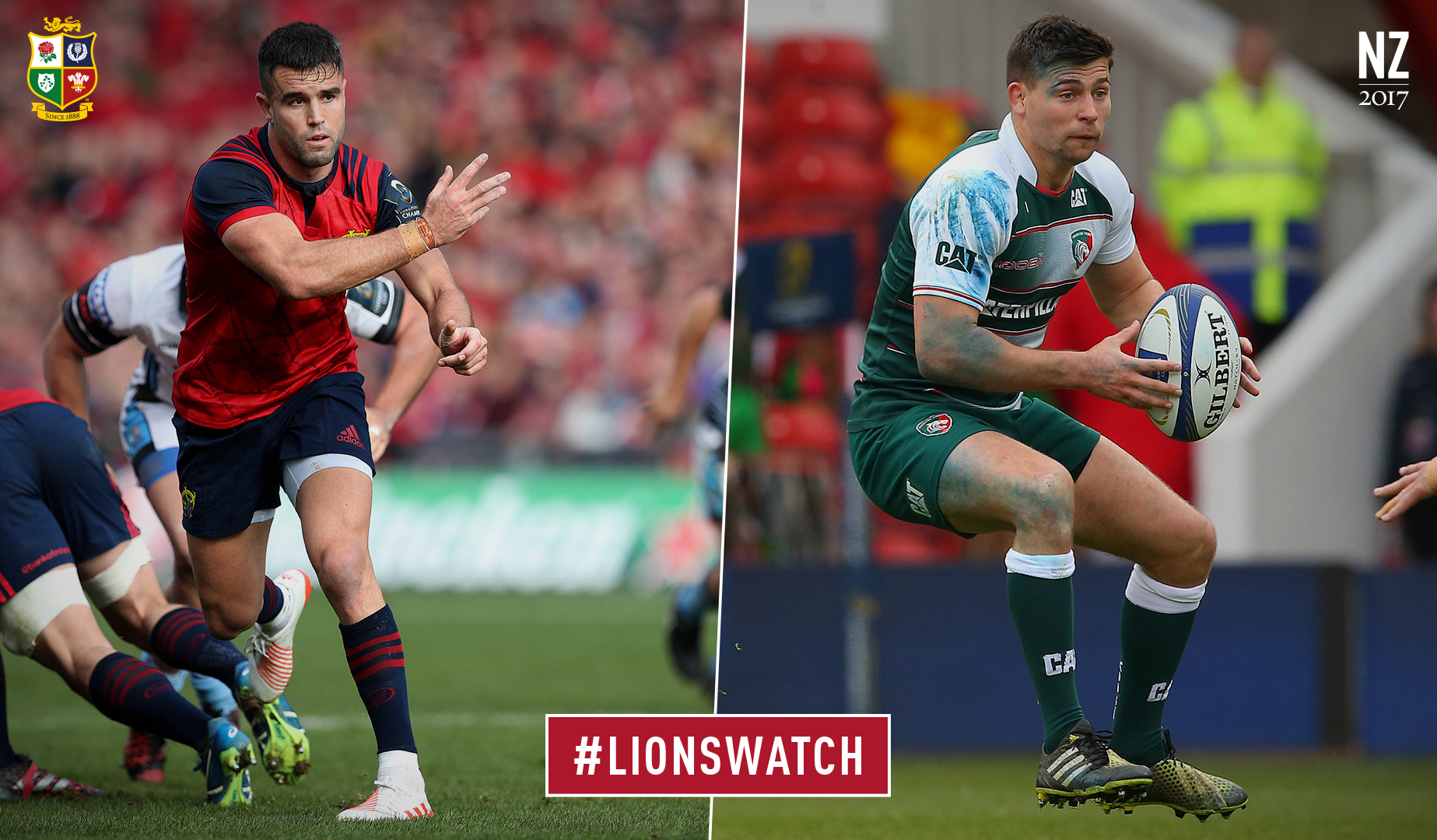 Saturday’s clash between Munster and Leicester Tigers will be pivotal for both sides’ hopes of making the European Champions Cup knockout stages.

But with The British & Irish Lions 2017 Tour to New Zealand getting closer and closer, there is plenty more on the line.

And the battle between the two scrum-halves will go a long way to deciding who emerges with the bragging rights from Thomond Park.

The form No 9s

Conor Murray’s displays this year for Ireland have been little short of inspirational, both during the summer Tour to South Africa and the autumn clashes he has been everywhere.

His all-court game has been pivotal to Ireland’s success, most notably in Chicago when Joe Schmidt’s side secured their first-ever win over the All Blacks.

The Munster man scored a try, controlled the game and even kicked a penalty in his side’s dramatic victory to mark himself out as one of the form scrum-halves in the world.

A Test Lion in 2013 when he came off the bench in the decisive Sydney clash – Murray’s stock has continued to rise since then and he returns this weekend to a Munster side also riding high.

They top the Guinness PRO12 table and are one from one in Europe after their emotionally charged win over Glasgow Warriors that came only a week after the tragic passing of the legendary Anthony Foley.

But Murray will not have everything his own way this weekend in his match-up with Youngs – himself also a Test Lion back in 2013.

Youngs has been superb for England this autumn, winning the player of the autumn award for a succession of fine displays in the Red Rose.

The Leicester Tigers scrum-half has been at his sniping best around the rucks – laying on two tries with his quick thinking in their win over South Africa.

And he also crossed for a vital score in their win over Australia last weekend that secured Eddie Jones’s side an unbeaten 2016.

The duo go head to head this weekend and Lions Head Coach Warren Gatland will be paying close attention to who comes out on top.

Elsewhere Tigers have been boosted by the return to fitness of Manu Tuilagi – another Lion from 2013 – the England centre starts his first game since September.

Leigh Halfpenny and Liam Williams traded the Wales No15 jersey during the autumn as Rob Howley looked to find the right blend in his back three.

But this Sunday the duo will both get to wear their preferred jersey when Toulon welcome the Scarlets to the Stade Felix Mayol.

Halfpenny, the Lions man of the series in 2013, looks to be back to his best after a bad run with injuries and he impressed for Wales this autumn.

But Williams has been an able deputy while Halfpenny was absent for Wales and their match-up will give Gatland much to ponder as we move into the Lions year.

In Pool 3, Pat Lam’s Connacht head to the East Midlands to take on Wasps.

There are tasty match-ups all over the field but the second row will certainly have Gatland’s attention as Ultan Dillane and Joe Launchbury go head to head.

Dillane’s meteoric rise for club and country continued this autumn while Launchbury won man of the match for England against South Africa and scored a try double against Fiji.

The lock looks to be back to his very best and will look to rule the skies this weekend against his Irish counterpart.

Keep an eye out wide for Christian Wade’s battle with newly-capped Ireland international Niyi Adeolokun, while Dan Robson’s match-up with Kieran Marmion at scrum-half will be pivotal.

Elsewehere in the Champions Cup there are some intriguing ties, including Ulster welcoming Clermont to the Kingspan.

And all Lions fans will have their eyes on the wings where two-time Lion Tommy Bowe faces off against two former England internationals in David Strettle and Nick Abendanon.

At the Stade Yves-du-Manoir, Jonny Gray is back to skipper Glasgow Warriors as they look to push their quarter-final chances against last year’s finalists Racing 92, 2013 Lion Stuart Hogg returns to reclaim the No 15 shirt, with Finn Russell at fly-half.

It’s all to play for in the Challenge Cup as well but the tie of the round sees Cardiff Blues welcome Bath to the Welsh capital.

2013 Lions skipper Sam Warburton has been passed fit and will start on the openside for his region.

While his Welsh teammate Alex Cuthbert goes head to head with Bath’s in form flyer Semesa Rokoduguni.
Charlie Ewels – fresh from his England debut in the autumn – slots straight back into the Bath second row also.

Scotland prop Alasdair Dickinson is back at loosehead for Edinburgh following a long-term injury, with in-form back row Hamish Watson starting alongside new Test cap Magnus Bradbury in the back row.