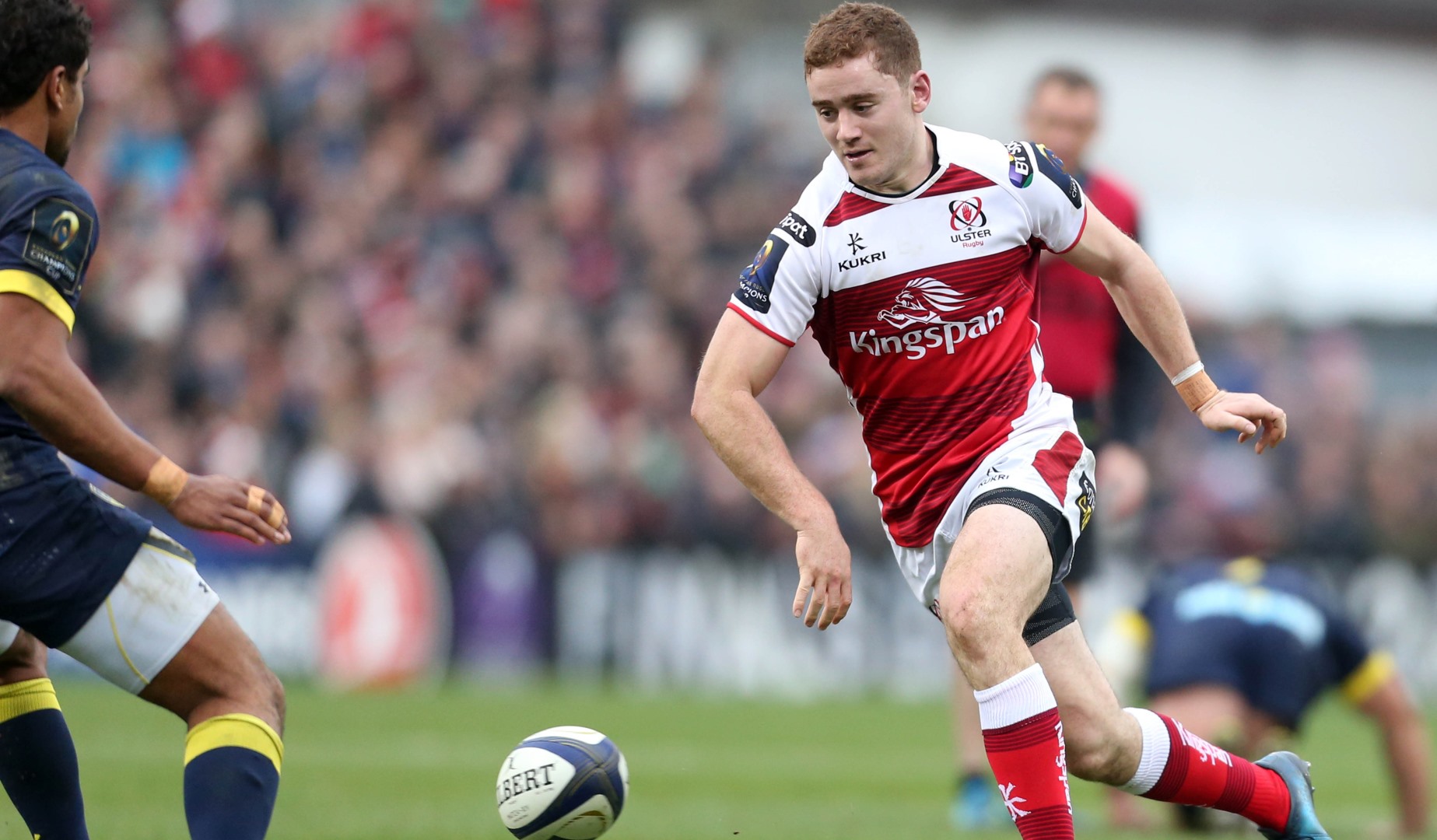 With Ireland head coach Joe Schmidt watching on, Jackson – who deputised superbly for Jonathan Sexton in the autumn victory over Australia – continued his fine form.

The fly-half scored a wonderful solo try, pulled the strings in fine fashion all day and added 14 points from the kicking tee in a consummate all-round display at the Kingspan Stadium.

Henderson, starting on the blindside flank, won the man of the match award for his fine try and dynamic performance at the breakdown and in the lineout.

Clermont came into the clash on top of Pool 5 and riding high in the Top 14 and they hit the front as early as the second minute when Peceli Yato went over.

But Les Kiss’ side – marshalled superbly all day by Ireland skipper Rory Best – were in the mood in Belfast and Jackson was the key creator of the first of their five tries on the day.

Standing flat, the No 10 put his centre Luke Marshall in under the posts and the Irish province soon had a second when two-time Lion Tommy Bowe climbed high to claim a cross-field kick and offload to the impressive Henderson to go over.

Clermont then claimed a second score from Scott Spedding in a dramatic first half but Jackson was just getting started.

The fly-half turned from provider to try scorer to send Ulster in ahead at the break and it was a superb effort.


Spotting space in behind, Jackson dabbed a clever left-footed kick in, beat the covering defender and showed fine footballing skills to nudge the ball over the line with his right foot before falling on it.

With the conversion as well Ulster were in command, leading 22-18 at the break.

After the interval the game continued at a breakneck pace and it was Ulster who started the brighter.

First it was Ireland centre Marshall crashing over for his second on a clever ball from Ruan Pienaar.

And when All Black Charles Piutau showed his brilliance to dance over in the right corner Ulster looked home and hosed for a bonus-point win.

But not for nothing are Clermont one of the powerhouses of Europe and former England flyer Nick Abendanon brought them back into the game with their third try.

The rest of the clash was spent trying to deny Clermont a fourth try that would bring them two bonus points and keep them in charge of the Pool.

But in the end the pressure told and Damien Chouly muscled over and Ulster had to settle for a 39-32 victory.