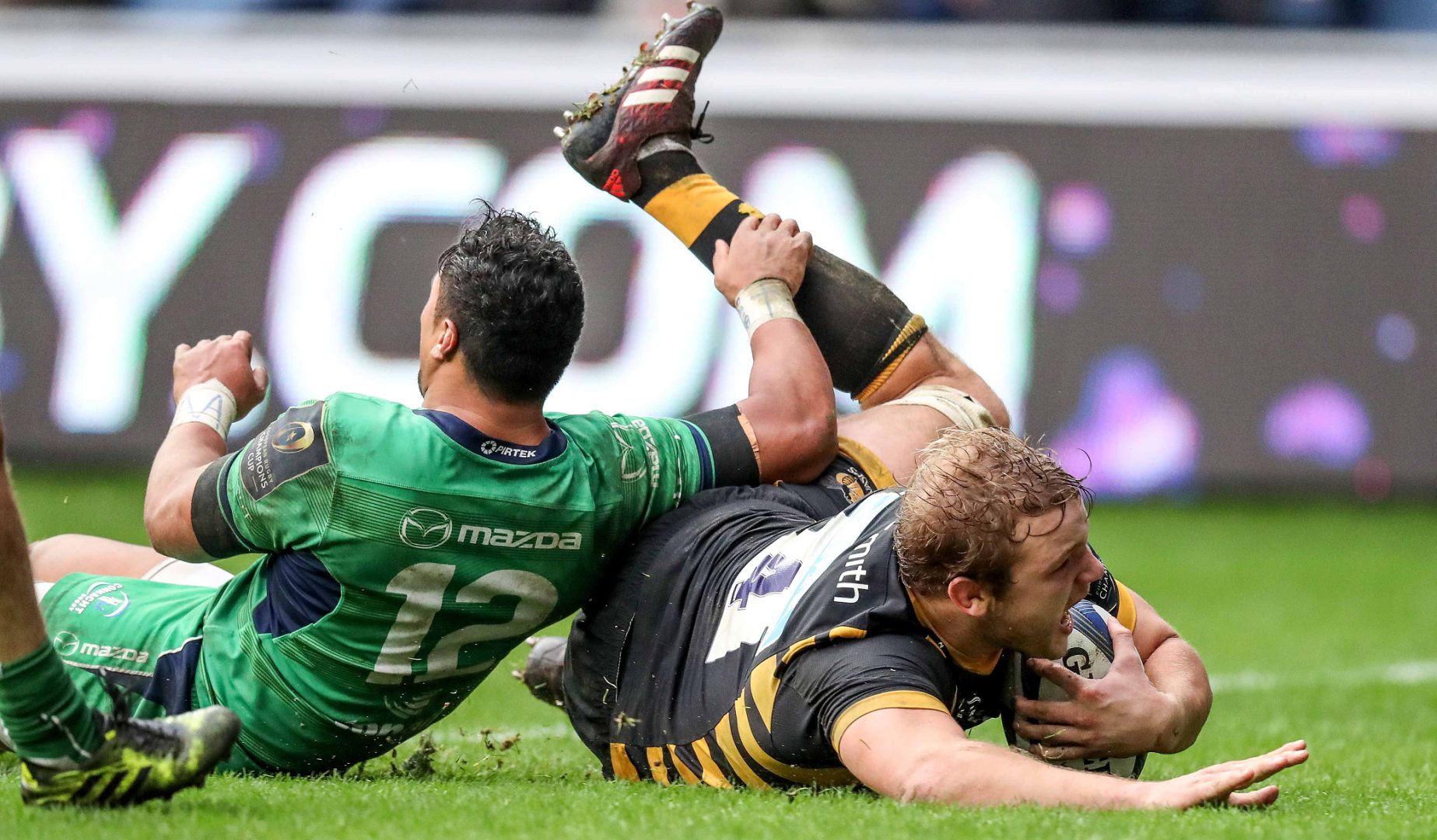 Wasps moved to the top of Pool 2 with the bonus point try with Australian signing Kurtley Beale receiving man of the match and Josh Bassett both crossing the whitewash.

For Connacht, who matched last season’s Champions Cup semi-finallists for much of the encounter, Kieran Marmion and Rory Parata got the tries.

Hughes with big boots to fill

With Billy Vunipola set to miss the next few months with injury, Hughes put in a performance that may reassure England fans that there is strong cover in the No.8 position.

Hughes made 62 metres in his 11 runs to get Wasps on the front foot in Coventry in addition to beating four Connacht defenders and a single line-out steal.

The 25-year-old only made his first international start against Australia earlier this month, a match England won 37-21, but reminded everyone what he can bring at the Ricoh Arena.

Hughes smashed over for the first try of the second half on Sunday to put Wasps 20-10 ahead after Beale and Marmion had exchanged tries in the first half.

? A captain's try for Joe Launchbury & look what it means to him! #ChampionsCup pic.twitter.com/EmRA6AGHfb

Launchbury back with a bang

Parata’s try from the restart brought Connacht right back into the game and they were on the attack again when Joe Launchbury, on his return to the Wasps side, got over the ball and won a vital penalty.

That turnover was crucial and it was the England second row, who  made nine tackles in defence, who found himself in space just five minutes later to burst through and touchdown to make the score 27-17 to the home side.

Joe Launchbury with two crucial turnovers in Wasps' 22 in last few mins. So good over the ball.