Leigh Halfpenny racked up 16 points as Toulon turned in a physical performance to dominate Scarlets 31-20 at the Stade Felix Mayol. [more] 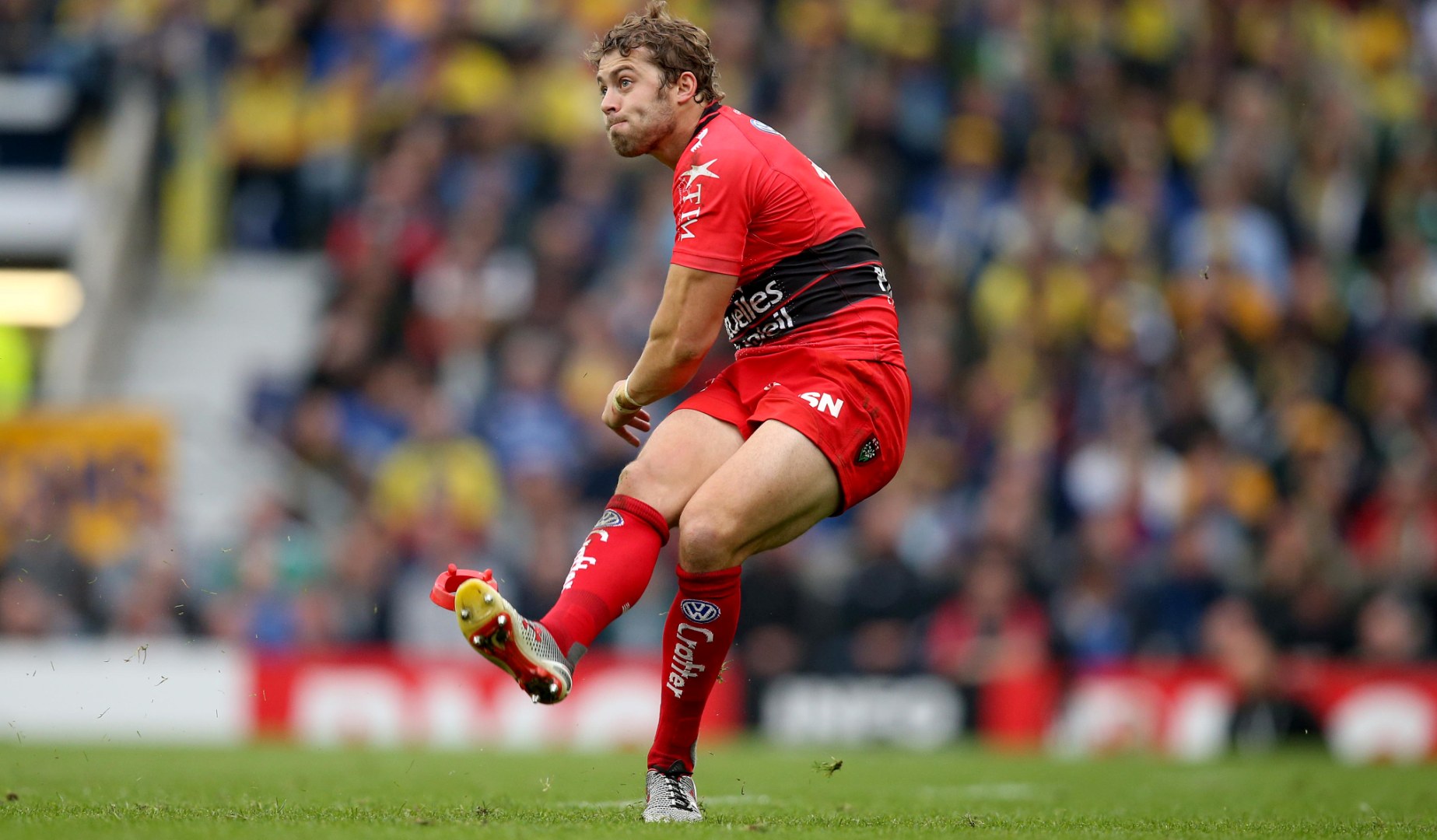 Leigh Halfpenny racked up 16 points as Toulon turned in a physical performance to dominate Scarlets 31-20 at the Stade Felix Mayol.

Scarlets were still in touch at 24-13 by the break, but the first half was characterised by 2013 British & Irish Lions Man of the Series Halfpenny’s stellar kicking, as well as Ma’a Nonu and Mathieu Bastareaud’s rampaging work in the centres.

Georgia Mamuka Gorgodze bounced over for Toulon’s first after five minutes, but Halfpenny turned the screw first with a penalty and then – after Rhys Patchell had drawn Scarlets within four points from the tee – the Welshman scored Toulon’s second try before Romain Taofifenua crossed for the third.

Ken Owens shot over just after half time and though Wayne Pivac’s side started the second half strongly, but after being pulled back from a Scott Williams knock-on with a try seeming certain, Guillhem Guirado turned the screw with the bonus-point try.

Exceptional Scotland international John Barclay – who turned in a battling shift from No. 8 got a richly-deserved consolation for Scarlets in the 78th minute.

After Gorgodza had got Toulon’s first score, Halfpenny – looking ever-more assured following his return from injury – got on the outside of Scarlets’ defence after Bastareaud, Samu Manoa and Taofifenua had done the hard yards up front.

Thank you to the travelling support. You have been great once again.#blueorangearmy #Scarlets @ChampionsCup pic.twitter.com/JgFA66vGFE

But it was with the boot that Halfpenny did the most damage, converting first his own try, then Taofifenua’s as well as a 12th-minute penalty.

For all Toulon’s seeming dominance, Ken Owen’s try meant that Pivac’s side were in with a shout at half-time.
And Pivac’s men clearly sensed that after the break – James Davies, Scott Williams, Rhys Patchell and Liam Williams all showing up well.

Yet Toulon showed their championship experience to strike immediately after Steff Evans was denied a try that could have brought them too 24-20 – former France captain Guirado burrowing over and Halfpenny striking the ball sumptuously for a touchline conversion.

Though Scarlets are now five points adrift of Toulon and a further five back from Saracens, the likes of Davies, and the two Williams showed more than enough to suggest they can challenge the three-time Champions at Park y Scarlets.