LionsWatch: Back-row battle is heating up

The top dogs are beginning to emerge after round three in the European Champions and Challenge Cups. [more] 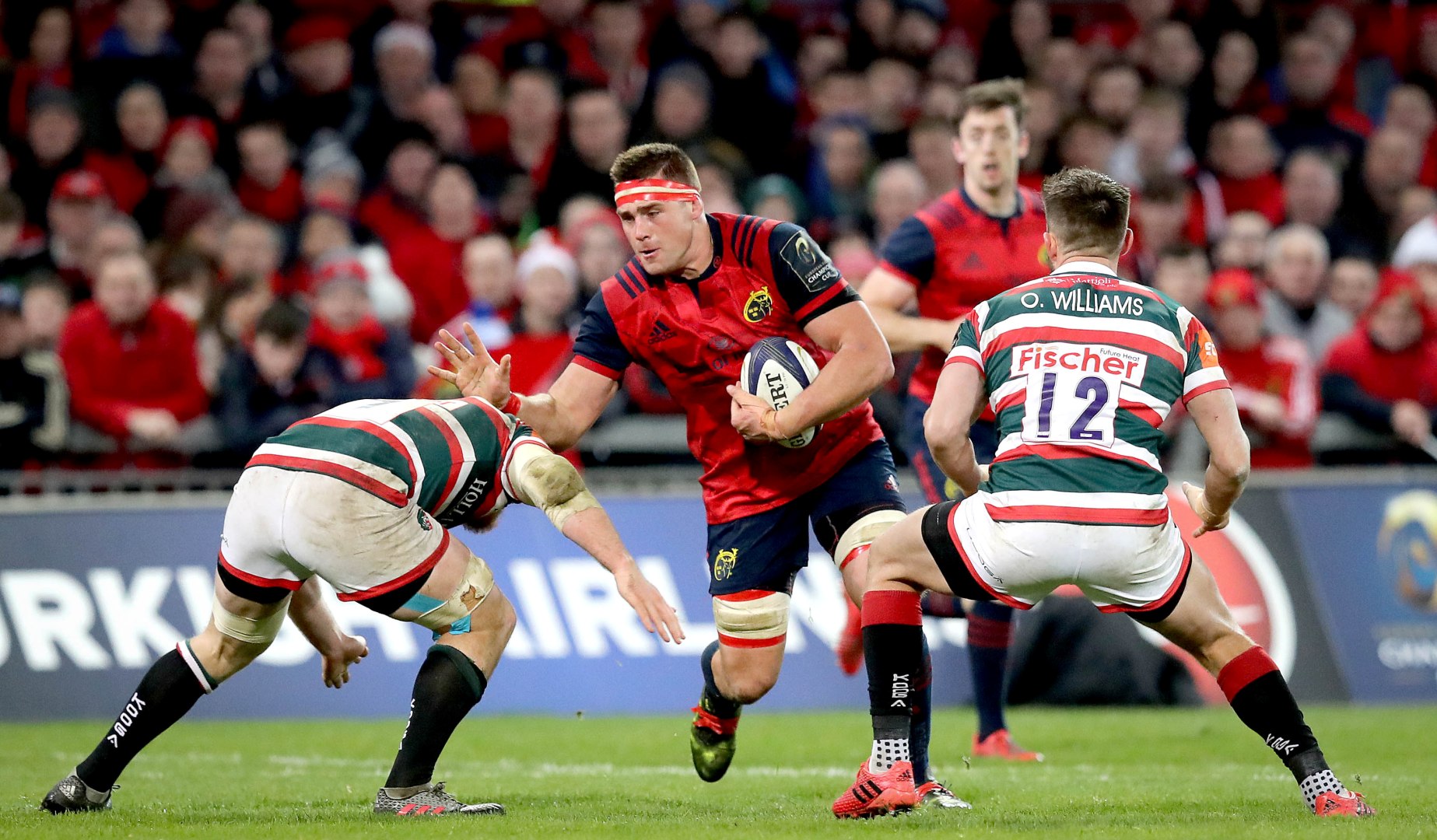 The top dogs are beginning to emerge after round three in the European Champions and Challenge Cups.

And while teams like Munster, Saracens and Glasgow Warriors all made significant statements in the battle for knockout stages, individuals also enhanced their cases for British & Irish Lions berths.

Nowhere is the battle for spots on the Tour next year more competitive than in the back row and it is there that we begin our wrap of the weekend.

After an impressive autumn with Ireland – that included scoring a try in their historic win over the All Blacks – CJ Stander did not miss a trick on his return to Munster colours.

He was unsurprisingly named man of the match for a jaw-dropping performance as Munster handed Leicester Tigers their biggest ever European defeat.

Stander made more carries than another other British & Irish player in Europe this weekend with 18 while also making 59m, securing four turnovers and ten tackles in total.

Wearing No 8 on Saturday but equally at home on the blindside, South-African born Stander is putting together a compelling case for inclusion come New Zealand next year.

But Head Coach Warren Gatland is spoilt for choice in that department as a number of bullocking big men also put their hands up this weekend.

Iain Henderson was man of the match for Ulster, scoring a vital try in their dramatic win over Clermont that saw him pack down on the blindside flank rather than in the second row.

Another man who can split his time between the second and back rows is Maro Itoje and the England star showed he is back to his best in Saracens’ Saturday night romp.

Packing down at lock alongside George Kruis, Itoje showed his hand injury is well behind him in a man of the match display that included four lineout steals. For context, no other player in Europe managed more than two this weekend.

But the battle in the back-row does not stop there – Nathan Hughes proved an able deputy for Billy Vunipola in England’s final autumn clash and he was at it again for Wasps on Sunday.

The No 8 made 12 carries for 69m, beat five defenders and scored a try as Dai Young’s side continued their unbeaten start to the European campaign.

Meanwhile on the openside there were standout showings all over The British & Irish isles, Chris Henry tackling everything that moved for Ulster as did James Davies in Scarlets narrow defeat to powerhouses Toulon.

And Josh van der Flier was at it again for Leinster in their Friday night win over Northampton Saints.

While Itoje and Henderson’s versatility will bring them into Gatland’s thinking in the second row – the cupboard is not exactly bare there either.

Jonny Gray’s incredible work-rate continues to turn heads and the Glasgow Warrior was back at it again on the weekend as they claimed a famous win over Racing 92 – in Paris.

Gray made 19 tackles – more than any other British & Irish player in Europe – to lift his overall tally this season with club and country to a whopping 194 with only one miss – and that came all the way back in September in a Guinness PRO12 clash with Leinster.

The Scotland lock is not just a tackling machine however, he also made nine carries for his side – a team high – as they beat last year’s Champions Cup runners-up while his teammate in the second row Tim Swinson also impressed with 17 tackles.

Social Media was abuzz after a MASSIVE weekend of European rugby! Find out who said what here https://t.co/hhNxSfM3Dd #LionsNZ2017 pic.twitter.com/PUOtvHvTSu


Joe Launchbury was also impressive in the second row this weekend, scoring a try and securing two vital second-half turnovers as Wasps turned on the style in the final quarter to down Connacht.

Throw in Alun Wyn Jones’ try-scoring return to Ospreys colours and Donnacha Ryan’s frantic tackling for Munster and Gatland appears spoilt for choice, while Leinster’s Devin Toner showed his supremacy at the set-piece by claiming 12 lineouts opposite Courtney Lawes.

BOLTERS ON THE RISE?

While the battle up front looks set to run and run before the Lions squad is announced in April, the back line has got a number of young tyros putting their hands up.

He made a whopping 157m with ball in hand, beat eight defenders and made five clean breaks meaning he now has five tries in two games in France after his hat-trick against Lyon.

All this while still only 18 years old, Giles is a man in form and Wales will be tempted to include the uncapped youngster for next year’s RBS 6 Nations.

His second score on Friday night was a break from inside his own half that saw him scorch clear of the covering defence for a remarkable solo effort.

Across the Irish Sea and another youngster is turning heads in the blue of Leinster.

Adam Byrne made his Champions Cup debut on Friday after his form in the Guinness PRO12 meant he could not be ignored – he has five tries and counting in domestic action.

And while he did not cross the whitewash against Northampton, the 22-year-old from Kildare showed size and strength at Franklin’s Gardens as he topped the stats with 79m metres made and five defenders beaten.

While there were youngsters impressing, a couple of capped internationals also served a reminder of their back-three talent to Gatland.

Two-time Lion Rob Kearney played a superb first half for Leinster at full-back before going off as an injury precaution, making Garry Ringrose’s score, beating four defenders and making two clean breaks in the bonus-point win.

Leigh Halfpenny kicked 11 points for Toulon and scored a try in their win over the Scarlets while also making over 100m with ball in hand.

Connacht and Ireland’s Tiernan O’Halloran also broke the century mark against Wasps  while Sean Maitland managed 81m and scored a double for Saracens.

Owen Farrell spent the autumn at inside centre for England, but restored to fly-half for Saracens, he pulled the strings in their rout of Sale Sharks.

They put a half century of points on their Aviva Premiership rivals and Farrell – a Test Lion off the bench in 2013 – looked right at home back in the No 10 jersey.

Farell has scored more points after the first three rounds in Europe than any other player but Gatland will have also taken notice of Paddy Jackson who scored a remarkable solo effort and made another for Luke Marshall as Ulster claimed a bonus-point win over Clermont.

And all that is without mentioning Finn Russell who proved more than a match for Dan Carter during Glasgow’s famous Paris win.


The Scotland stand-off kicked 13 points and made Alex Dunbar’s try as the Warriors proved too strong for the French powerhouses.

With the rematches coming thick and fast this weekend, Lions fans will be hoping the pattern continues for the best of Great Britain and Ireland.