Warren Gatland was the guest at an exclusive charity visit to Cardiff today to make it a special Christmas for patients at Velindre Cancer Centre. [more] 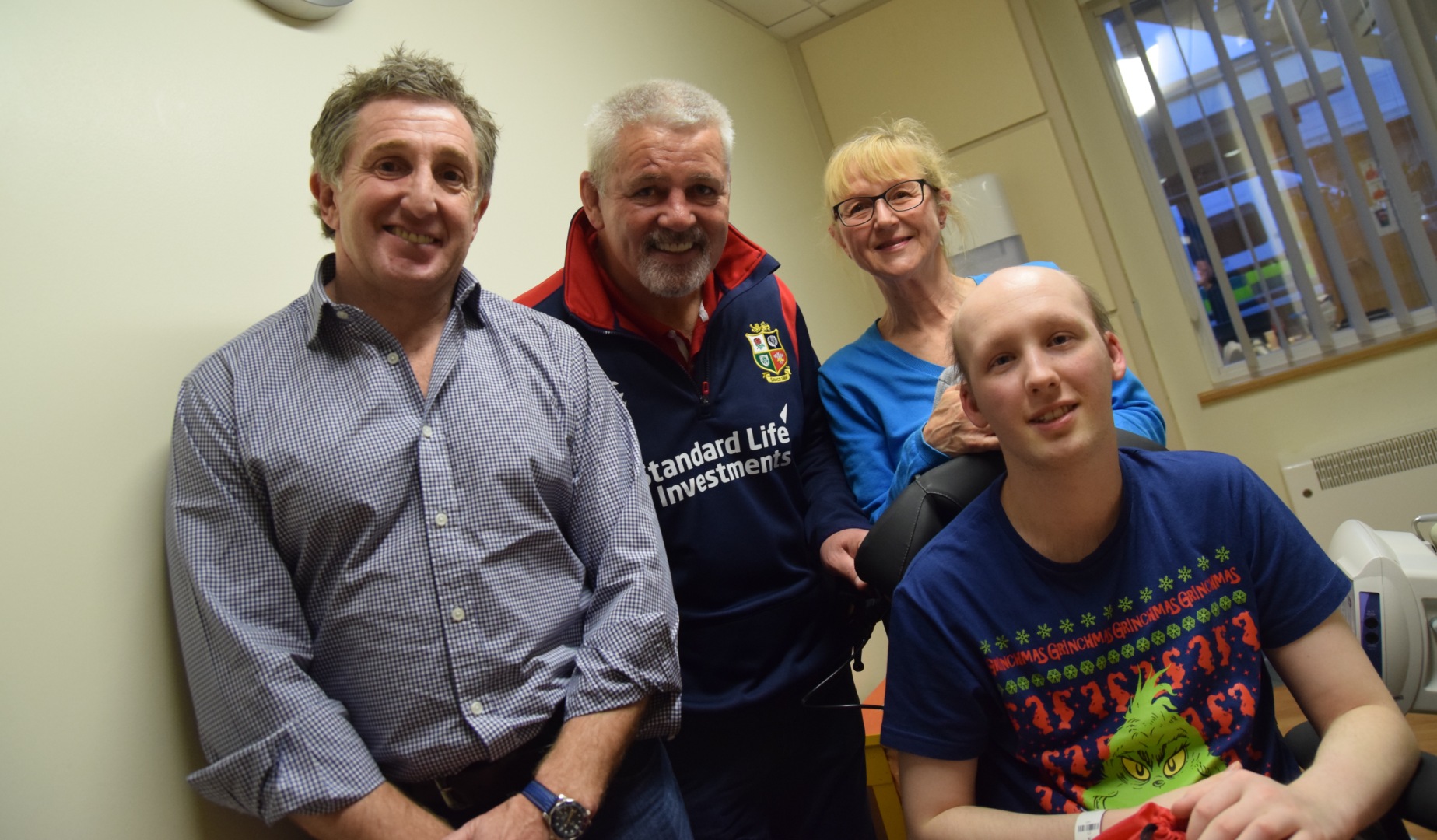 Warren Gatland was the guest at an exclusive charity visit to Cardiff today to make it a special Christmas for patients at Velindre Cancer Centre.

The British & Irish Lions Head Coach spent the afternoon visiting patients and staff – and was humbled at what he saw.

“It certainly puts life into perspective and was a humbling but very uplifting experience,” Gatland said. “The Lions are supporting four charities in aid of the ‘Leading The Lions’ Dinner series and Velindre is the chosen charity in Cardiff so I was very grateful to have had the opportunity to see the fantastic work they do.

“It makes you stop and think about life in general and the spirit people have.”

Gatland was joined by former Wales legend and President of Velindre Jonathan Davies as they met with nurses and staff.

The first patient they met was 23-year-old Tom Carter, who has bone cancer and is captain of the Wales disabled cricket team.

“You just have to deal with it,” Tom said of his illness. “But Velindre is the best place for treatment, without any doubt, and to have the chance to meet Warren and Jonathan was very special.”

As they toured the wards, handing out Christmas gifts, having photos with staff and signing autographs, the pair met lifelong Welsh fan Geraint Price, who not only quizzed Warren on his Lions selection dilemmas but was also delighted to get his Lions jersey signed.

“I stayed a little bit longer just to meet them and see if I could get any inside information on his squad,” he said. “It’s a special opportunity, we chatted, it made everything human. He signed my shirt too – it was great.”

Director of Velindre Cancer Centre Andrea Hague added: “I think it just made everyone’s day to see Warren on the wards. Rugby has such an emotional attachment to people in Wales that we identify with it, so for Warren and Jonathan to come in lifts the spirits of everyone.

“And the dinner series in Cardiff allows us to not only raise funds for our charity but also celebrate rugby too so we are honoured by the link to The Lions.”

For more information on the Leading The Lions Dinner Series and to book a place, click here.