One of the powerhouses of the English game, Gloucester appear to be rounding into form heading into 2017 as they look to re-establish themselves in the upper echelons of the Aviva Premiership. [more] 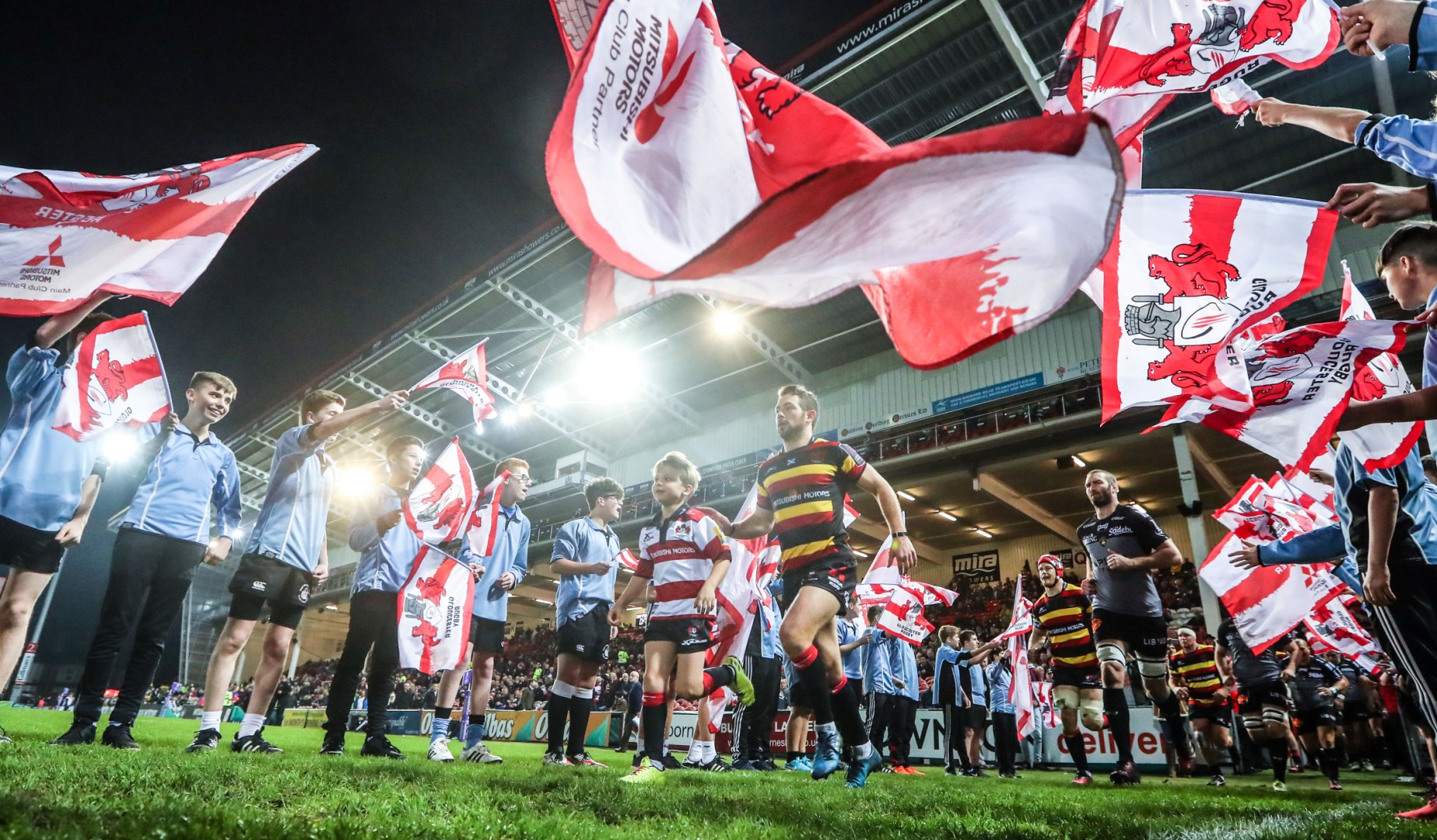 One of the powerhouses of the English game, Gloucester appear to be rounding into form heading into 2017 as they look to re-establish themselves in the upper echelons of the Aviva Premiership.

The season began with a remarkable game against Leicester Tigers – Gloucester eventually coming away with just a losing bonus point despite leading by 24 points early in the second half.

It was the first of three straight defeats at Kingsholm – but as the home form has turned round, so has Gloucester’s season.

They now sit pretty at the top of their European Challenge Cup group – a competition in which they have excelled in recent seasons – while they are also level on points with sixth-placed Harlequins in the league.

According to Gloucestershire Live sports reporter Rob Iles the signs have certainly been promising in recent weeks, most notably with last Thursday’s bonus-point win over French high-flyers La Rochelle in Europe.

He said: “There seems to be a more positive mood at the club in recent weeks. When they played Treviso (in October) you could sense some frustration about the home record.

“That was important to get that monkey off their backs. They hadn’t been losing by many even though they weren’t winning.

“They’ve now won their last five home games, and were very good against La Rochelle. Even though they named quite a young side it was very impressive. They’ve won six out of six in the group stages in Europe for each of the last two years, and have three from three this year.”

While there are plenty in the Gloucester squad who will be eyeing up a spot in the Lions squad, you have to start with current Scotland skipper and scrum-half Greig Laidlaw.

There will certainly by plenty of competition for the No 9 jersey from across the four home nations but according to Iles, the Scot offers something a little different from the scrum-half position.

“He’s really popular with the fans who know what they are going to get from him,” explained Iles. “He’s a reliable goal-kicker, runs the game well from scrum-half, and had a great World Cup last year.

“His goal-kicking could be very useful on Tour, and he’s played internationally at ten which helps. He’s also been a great leader since he got to Gloucester.”

While Laidlaw has been established as a key player for his country over a few years now, two players took advantage of the November internationals to make a case for their inclusion.

Ross Moriarty got his shot for Wales in the absence of Taulupe Faletau – and impressed in the No 8 role, while Jonny May was back up to speed on the wing for England, providing a real threat out wide for Eddie Jones’ unbeaten side.

Iles said: “Moriarty is another one who is versatile in that he can cover six and eight which might help his cause. He’s been a standout for Gloucester this year at blindside and then did really well at No 8 for Wales.

“Dan Lydiate is going to miss the Six Nations so that could open up a chance for Moriarty to build on November and he’s definitely got a chance.

“I think Jonny May has established himself in the England side this November as well. It’s going to be an interesting battle on the wing but if he can cement his place as first choice for England that will help his chances.

“When you consider how long he’d been out, he did really well, playing three games, scoring a couple of tries and was one of England’s best players against Australia. A bit like Moriarty, the RBS 6 Nations will be crucial for him.”

While the early-season form wasn’t quite what the Kingsholm faithful would have wanted, the performances of new signing Matt Scott quickly won them over.

The Scotland centre missed out on the November internationals but with nine tries already this season, Iles believes he could yet earn some consideration.

“He’s been brilliant since he arrived,” said Iles.

“He’s very good at finding the gaps and runs great lines. He also scores a lot of tries, and nine already this season. It’s been an excellent season for him and it was a bit of a mystery why he missed out for Scotland in November.

“If he keeps playing as he is, there’s a good chance he’ll be back for the Six Nations, he’ll be hard to ignore.”
In the Gloucester squad there is also a trio of former Lions in Richard Hibbard, James Hook and Billy Twelvetrees.

None are currently in their respective international set-ups, but for Iles, the former could yet force his way into contention.

He said: “Of those three I think Hibbard has the best chance. His form has been very good and he looks to be nearing top form. For the Welsh set-up there’s the complication of him playing in England but that’s not really an issue from a Lions perspective.”

Further down the line, there is plenty of young talent coming through at Gloucester, with a trio of youngsters having caught Iles’ eye.

He added: “The win over La Rochelle was something of a coming-of-age performance for Billy Burns at fly-half.

“I’m looking forward to seeing how he kicks on, but he’s a former World Under-20s Championship winner with England and definitely one to watch out for.

“You’ve also got Mat Protheroe who has looked pretty good in limited game time. He’s a very dangerous runner, albeit with a small frame at the moment.

“And Ollie Thorley is still only 20 and scored against La Rochelle. Four years down the line he’s one who could come into contention.”

Gloucester have had their fair share of Lions through the years, stretching all the way back to Walter Jackson who toured South Africa in 1891.

Since Jackson they have regularly contributed to the Lions, including Mike Teague – one of the key men in the series victory in Australia in 1989.

In between the likes of Don Rutherford toured Australia and New Zealand in 1966, Mike Burton was one of the Invincibles in 1974, and Phil Vickery twice toured with the Lions in 2001 and 2009.

Rob Iles is a sports reporter with Gloucestershire Live