Leinster overpowered Northampton Saints for the second time in as many weeks, racking up a mammoth 60-point total at the Aviva Stadium in Dublin. [more] 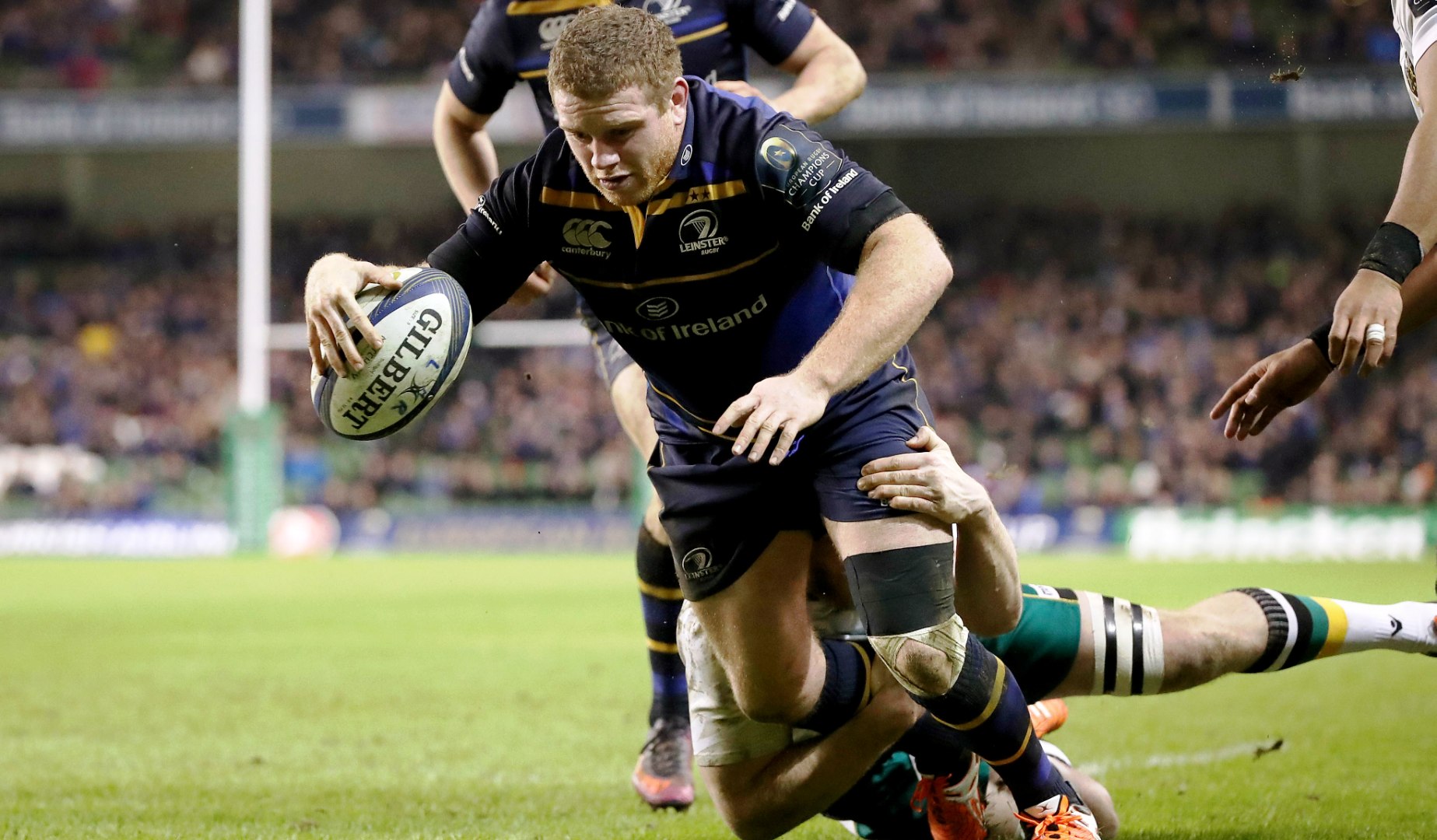 Leinster overpowered Northampton Saints for the second time in as many weeks, racking up a mammoth 60-point total at the Aviva Stadium in Dublin.

The boys in blue ran in nine tries in total against a below-par Northampton outfit to win 60-13, and several of Ireland’s starlets and potential British & Irish Lions stole the show in Leinster’s biggest ever win at the Aviva Stadium – surpassing the 52-27 win over Bath in 2011.

Hooker Sean Cronin turned in a man-of-the-match performance, with the 30-year-old Ireland international monumental at the breakdown and in the scrum, capping off his performance with a 45th-minute try out wide after he was fed by Ross Byrne.

Cronin advanced 49 metres for his nine carries, beating five defenders along the way, and the No.2 admits the strength in depth in Leinster’s ranks at the moment is what is driving the side on to new heights.

“We’re very satisfied with the result, although they put us under a lot of pressure in the first 25 minutes and we made a lot of errors,” he said.


“But we are very happy to get all the points on offer, and it was brilliant to see the tenacity and the will to keep them out at the end despite being so far ahead.

“We got what we were looking for from all 23 lads involved, and it’s great to see lads coming off the bench and having such a big impact.

“We’ve got a lot of guys coming through; older guys and younger guys – who are putting pressure on everyone else in the squad.

“The standard in training is high, and this is such a competitive squad so it is fantastic to be involved in.

“We’ve got a massive game now against Munster at Thomond Park and then Ulster at home, so we won’t be getting too carried away with ourselves.”

Also on the scoresheet was youngster Adam Byrne, who scored his first try in Europe after just four minutes, before scooping up a loose ball nine minutes before the break – following a huge tackle from Garry Ringrose – and held off two tackles to score again.

Ireland internationals Luke McGrath, Tadhg Furlong and 2013 Lion Sean O’Brien all dotted down in the rout, which saw the ever-improving Irish province extend their lead at the top of Pool 4 ahead of the clash between Montpellier and Castres Olympique on Sunday.