The British & Irish Lions have sported a reputation for style both on- and off-field since the earliest days. [more] 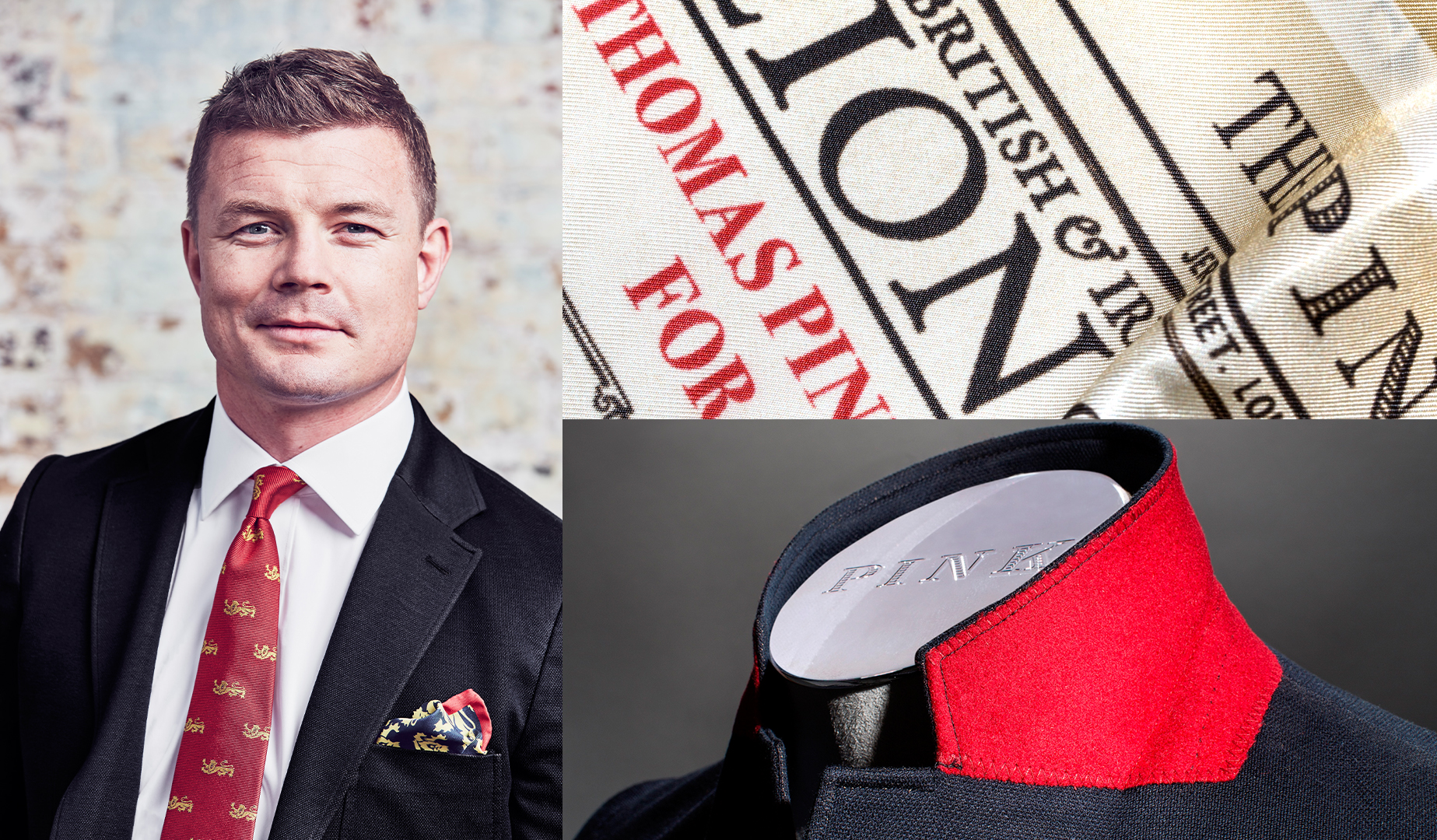 The British & Irish Lions have sported a reputation for style both on- and off-field since the earliest days.

The legendary attacking exploits of the great names are intrinsic to the history of the Lions but off-field attitude is no less important.

The tradition of positive engagement with the host country means that every Lions squad finds itself in a wide variety of situations from welcoming events to community visits to post-match presentations.

Each one demands that the Touring party be well turned out and 2017 will be no different.

Having dressed the Lions in 2013, Official Outfitter Thomas Pink is determined to once again ensure the Lions are the best-dressed sports team in the world.

The 2017 campaign is already underway with the Lions retail range available in stores and online. But this week sees the launch of the latest blazer – a core piece in every Tour collection.

Combining classic design with a number of unique flourishes designed to showcase the best of modern British design, Global Marketing Director Alex Field is confident it will be a hit with fans.

“We’ve used a Loro Piana performance fabric – something a bit different from the traditional sporting blazer. It gives the wearer a bit more movement whilst ensuring the highest quality and style.

“Secondly – we have incorporated a unique silk newspaper lining. It includes snippets from previous Tours, Lions facts and stats and an exclusive quote from Brian O’Driscoll – giving the wearer a real feeling of connection to the Lions.

“There are also some little embroidery touches to make it relevant for the 2017 New Zealand Tour.

“It is inspired by the same blazer that the players will wear on Tour, although theirs will have the famous Lions badge on the breast pocket.”

For Field, the goal is once again to ensure that the squad is noticed for their style, while additional opportunities for fans to get involved have also been identified.

“We pride ourselves on being the modern British shirtmaker and the Lions are one of the most iconic sporting British and Irish sporting brands. In 2013 we wanted to create the best-dressed sporting team in the world and I think we did that.”

The 2013 squad created a splash at the BBC Sports Personality Of The Year Awards and in a number of other public appearances both during and after the Tour.

“But this time we wanted to extend that feeling to the fans and have the best-dressed supporters as well," Field added.

“So….in addition to the blazer, we have widened the range to include items like gilets, a casual rugby shirt, polos, scarves and cufflinks so every fan can be kitted out as well as the team.”

In addition to their retail collection, the Pink Lion Rugby Club – a Lions legend-led event series with O’Driscoll as captain – has been a roaring success.

And Field is already excited about the line-up of events for 2017.

“We launched the Pink Lion Rugby Club and had great fun at our events in November,” he said. “The club is for people who are fans of rugby, but also fans of style."

"Having Brian O’Driscoll as captain of the club means we get his exclusive views in the build up to the tour –  most recently on the Head Coach selection and, due to be published this week, his take on the Autumn internationals. You can read it on pinklionrugbyclub.co.uk

"The unveiling of the players’ blazer, and the rest of their outfits will be in May. At that point we will reveal all the unique flourishes and touches unique to the team. Something for all players, AND the fans to look forward to.”