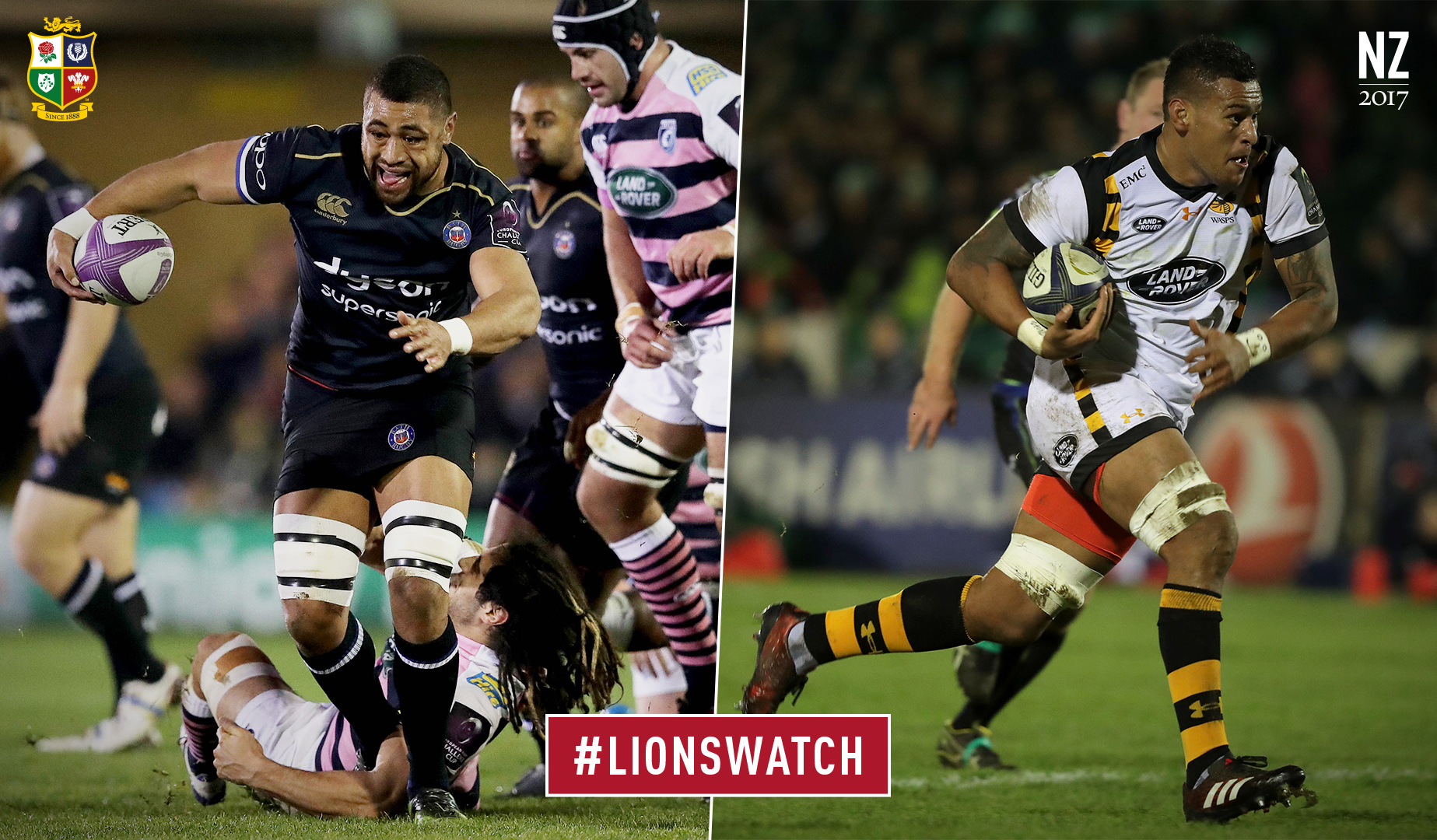 LionsWatch will be across all three games but it is at the Ricoh Arena that we begin our analysis of what is set to be a Super Saturday of action.

The position of No 8 is one of formidable depth for Warren Gatland as he considers his options for the Tour to New Zealand next year.

And two internationals in Taulupe Faletau and Nathan Hughes go head to in Coventry when second plays third.

The likes of Billy Vunipola, Jamie Heaslip and Ross Moriarty – not to mention CJ Stander who plays there for Munster – are all also in contention.

But the duo in action this weekend can lay down a real marker if they impress in their match-up.

Faletau missed the majority of the first half of the season with knee ligament damage but returned at the end of the Wales’ autumn campaign in impressive fashion.

And he has carried that form back into club duty, carrying for over 100m with ball in hand last weekend as Bath downed Cardiff Blues at the Rec.

But he comes up against one of the rising stars of world rugby this weekend in Hughes.

The Fiji-born back-rower made his England debut off the bench during their unbeaten autumn and when Billy Vunipola went down injured, he started the final clash against Australia.

He produced a barn-storming display to prove his quality on the biggest stage and since his return to Wasps has been similarly influential.

He scored a try and made another in their back-to-back clashes against Connacht in Europe but 2013 Lion Faletau – who started the third and final Test of that historic series win – will be a different proposition.

Both players possess the natural flair that is associated with their Pacific Island roots but it is sheer work-rate that separates them from the crowd.

Expect the earth to move when these two collide on Saturday.

Elsewhere in the pack there Joe Launchbury will make his 100th club appearance when he leads Wasps out for the clash.

And the fun does not stop there as the backline is also full of interesting sub-plots – not least Jonathan Joseph’s face-to-face with Elliot Daly.

The duo shared time in the No 13 shirt for England this autumn and will be desperate to show Eddie Jones what they can do ahead of the 2017 RBS 6 Nations.

Throw in Danny Cipriani – name checked by Gatland at his Coaching Team announcement earlier this month – taking on England incumbent No 10 George Ford and Semesa Rokoduguni’s match-up with 2013 Lion Christian Wade on the wing and LionsWatch has plenty to get excited about.

Meanwhile down at Sandy Park, Exeter Chiefs and Leicester Tigers go head to head in a vital clash for both side’s top four hopes.

And all eyes from a LionsWatch perspective will be on the two men wearing No 12.

2013 Lion Manu Tuilagi is back fit and firing for the Tigers and at his bullocking best is one of most dangerous weapons in world rugby.

Opposite him is the stylish Henry Slade – so impressive at fly-half last weekend for the Chiefs in Europe.

Slade’s cultured left foot and clever distribution make him a contrasting option at inside centre but the secondary playmaker will be hoping to prove he is more than a match-for the Samoan-born battering ram.

Elsewhere 2013 Lion Dan Cole makes his first appearance for the Tigers since the autumn while Mike Williams – highly rated by Eddie Jones but still awaiting his England bow – also returns for his first start since breaking his arm.

And out wide England star Jack Nowell will look to continue his fine form but will have his work cut out for him against Wallaby Peter Betham.

That means that Maro Itoje gets a chance to showcase his versatility as he lines up at blindside flanker.

The England star has lined up there before for his club but never started in the No 6 shirt for his country – Gatland will be keen to see how the youngster gets on.

Elsewhere 2013 Lion Sean Maitland gets a run out at full-back and is joined in the back three by the highly-rated youngster Nathan Earle who makes his first Premiership start.

There is also a return to action for Chris Ashton although the England ace has to make do with a place on the bench.