Iain Henderson carried his fine European form back onto the domestic stage as he was named man of the match in Ulster's victory over Connacht in Belfast. [more] 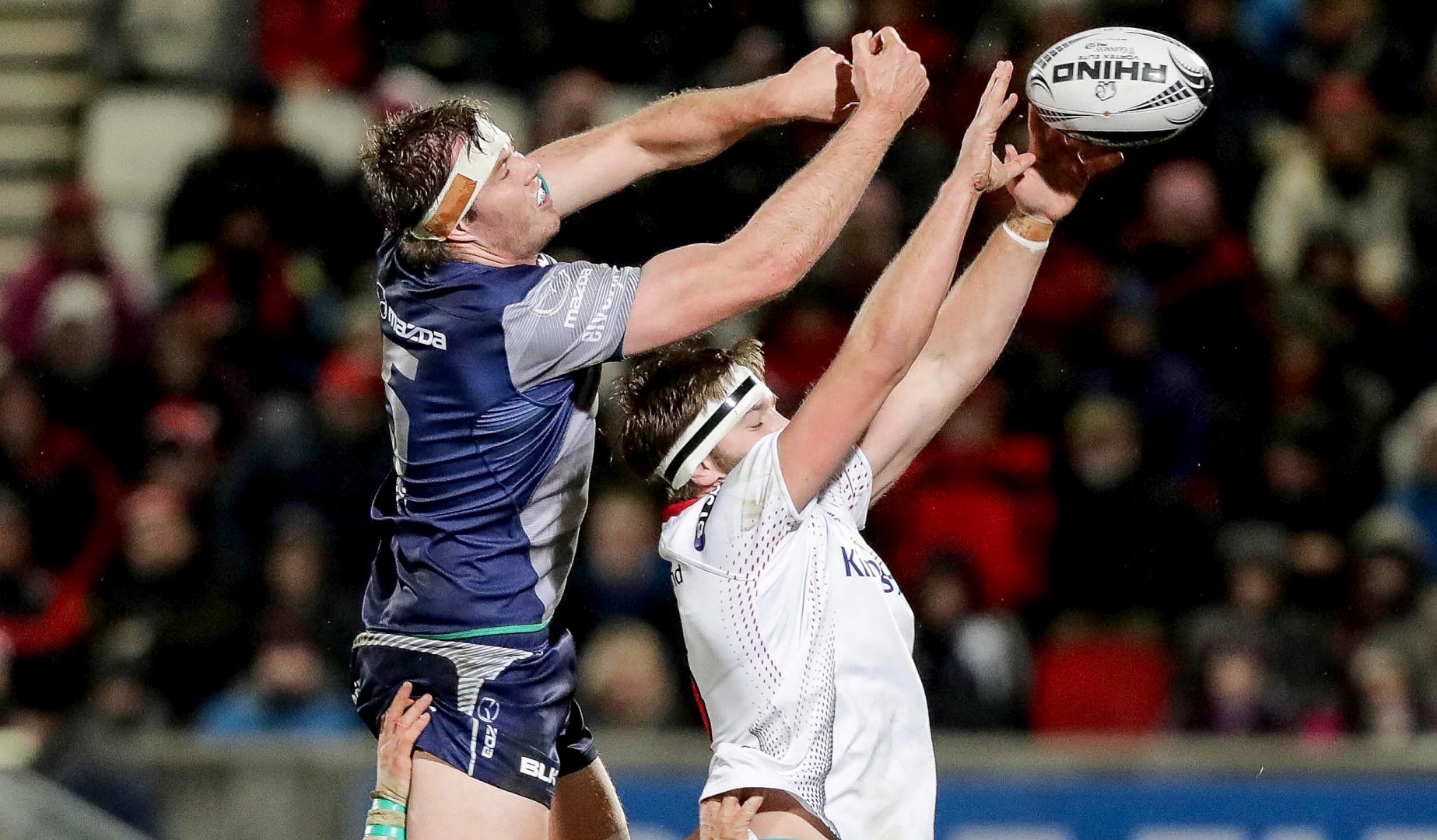 Iain Henderson carried his fine European form back onto the domestic stage as he was named man of the match in Ulster’s victory over Connacht in Belfast.

The Ireland international, who was so impressive against Clermont in the back row over the last two weeks, shifted back to lock for this derby match in the Guinness PRO12.

And the ease with which he adapted back to his more familiar role showed a real versatility which could be handy when it comes to selection for The British & Irish Lions 2017 Tour to New Zealand.

Ulster eventually claimed a 23-7 victory over their Irish rivals with Henderson racking up ten carries as well as seven tackles in an all-action display.

And he wasn’t the only Irish international to impress – Stuart McCloskey proving similarly powerful in midfield.

McCloskey went over for the game’s first try, but while that was a simple finish, his ability to constantly make ground with every carry ensured Ulster were regularly on the front foot.

Paddy Jackson chipped in with 13 points from the kicking tee in a strong all-round display for the home side to boost their play-off hopes.