LIONSWATCH: It’s Laidlaw against Care in the post-Christmas scrum-half battle

It may be Christmas but the quest for a British & Irish Lions place waits for no-one, so while fans may be enjoying all the trimmings that come with the festive season, our rugby players have got matches to play. [more] 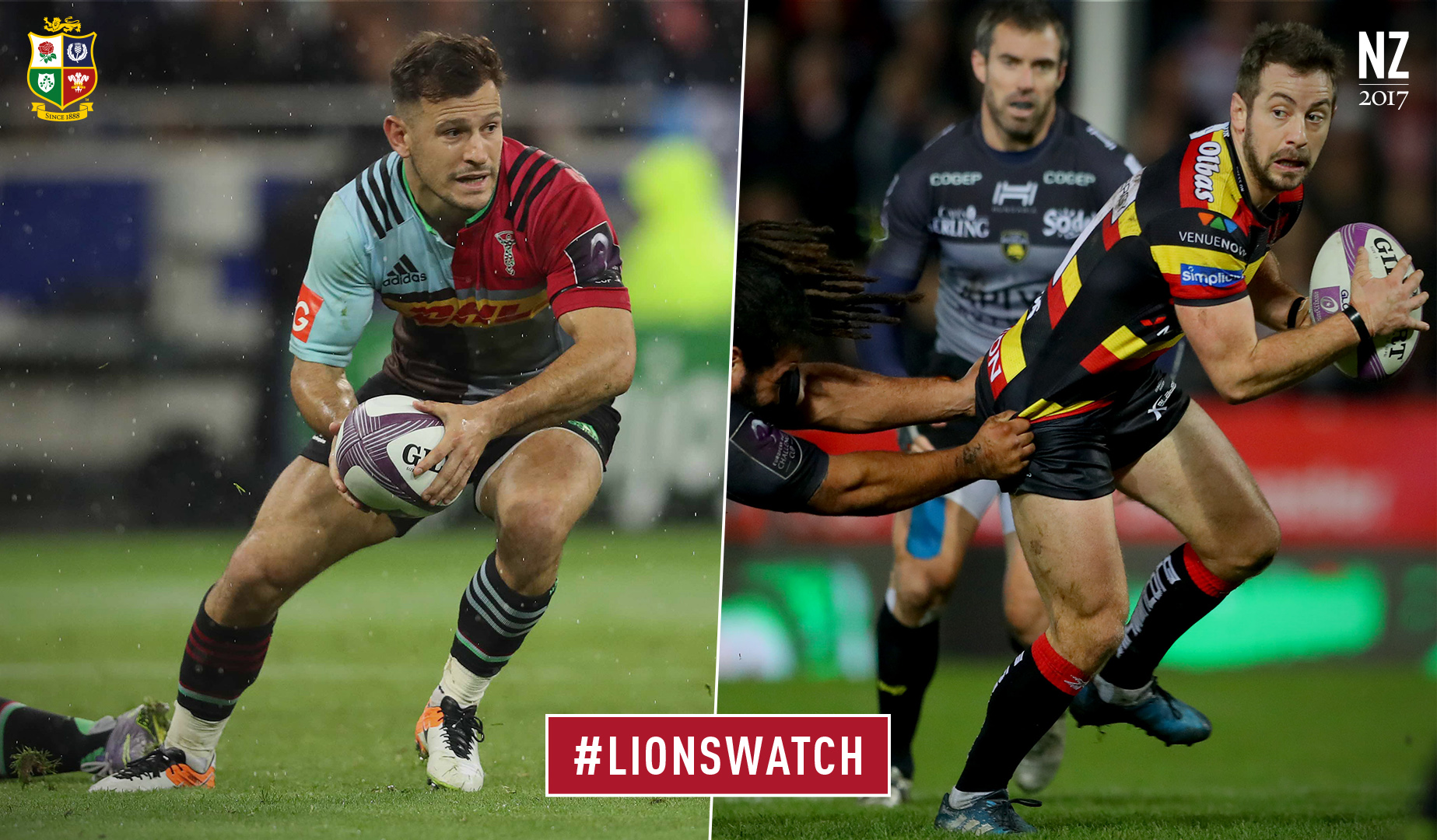 It may be Christmas but the quest for a British & Irish Lions place waits for no-one, so while fans may be enjoying all the trimmings that come with the festive season, our rugby players have got matches to play.

Boxing Day sees action in the Guinness PRO12 with Cardiff Blues taking on the Newport Gwent Dragons, the 1872 Cup is fought over and Munster face Leinster as their fierce interpro rivalry continues.

So with a feast of festive action to gorge on, we’ll get stuck into the potential Lions hoping to make a case for selection this weekend.

Tuesday sees Harlequins welcome Gloucester to Twickenham for their annual Big Game 9 and LionsWatch will be keeping a close eye on the No.9s at the home of English rugby in their crunch Aviva Premiership clash.

Scotland skipper Greig Laidlaw will be leading from the front for the Cherry & Whites and hoping to impress Warren Gatland enough to earn a spot on next year’s Tour.

But up against him is another man hungrily eyeing a spot on the plane to New Zealand in England’s Danny Care.

Care had to play back-up to Ben Youngs this autumn with England but knows Twickenham like the back of his hand and will be keen to shine in his club colours.

There is also the small matter of two 2013 Lions in Jamie Roberts and Billy Twelvetrees colliding in the centres while out wide England hopefuls Marland Yarde and Jonny May go head to head.

And in the pack Joe Marler will make his 100th club appearance for Quins in the front row while England’s Chris Robshaw and Wales’ Ross Moriarty face off in the back row.

Bragging rights are on the line at Thomond Park on Boxing Day when two age-old rivals go head to head.

Munster have won their last ten matches at home since Leinster triumphed there 12 months ago and are chasing a first win in four against the men in Blue.

In midfield Rory Scannell’s match-up with Robbie Henshaw is sure to catch Joe Schmidt’s eye with the RBS 6 Nations around the corner.

In the back row Ireland stalwarts CJ Stander and Peter O’Mahony take on a youthful Leinster trio that includes two new stars on the rise in Jack Conan and Dan Leavy.

Up in Scotland the 1872 Cup is up for grabs as Edinburgh welcome Glasgow Warriors to BT Murrayfield for the first of back-to-back clashes.

And there are intriguing all-Scottish match-ups across the park, not least the second row where Jonny Gray and Grant Gilchrist both wear No 5.

The locks were paired together for Scotland in the autumn as they beat Argentina but now go head to head on club duty.

Up front Ross Ford and Alasdair Dickinson form the backbone of the Edinburgh scrum but will have their work cut out for them against Fraser Brown and Zander Fagerson of Glasgow.

Duncan Weir and the in-form Finn Russell go head to head in the battle of the fly-halves while in the back row new Scotland caps Hamish Watson and Magnus Bradbury test themselves against the experience of Josh Strauss and Rob Harley.

Meanwhile over in Wales Sam Warburton – skipper of the Lions in 2013 – will make his 100th appearance for the Cardiff Blues in their derby with Newport Gwent Dragons.

And in the Premiership, the only game the day after Christmas sees Worcester Warriors, with new England cap Ben Te’o back at outside centre, travel to the West Country to take on Bristol.

The weekend’s only remaining game sees Scarlets travel to Ospreys, as the season’s standout Welsh regions face off for pride, and Guinness PRO12 supremacy.

With both sides waiting until after the Christmas festivities to announce their starting XVs we are yet to find out the who will be going head to head at the Liberty Stadium, but there are sure to be potential Lions at the fore.

Lions tourist in 2013, Justin Tipuric could come up against John Barclay with the Welshman looking to get one over his Scottish counterpart.

And another mouthwatering prospect is two Welsh titans facing off in the second row as two-time Lions tourist Alun Wyn Jones could come up against international colleague Jake Ball.