Bath's trip to Wasps in the Aviva Premiership was bound to throw up some fascinating battles between potential British & Irish Lions, and the 2017 Tour contenders did not disappoint in a scintillating showdown at the Ricoh Arena. [more] 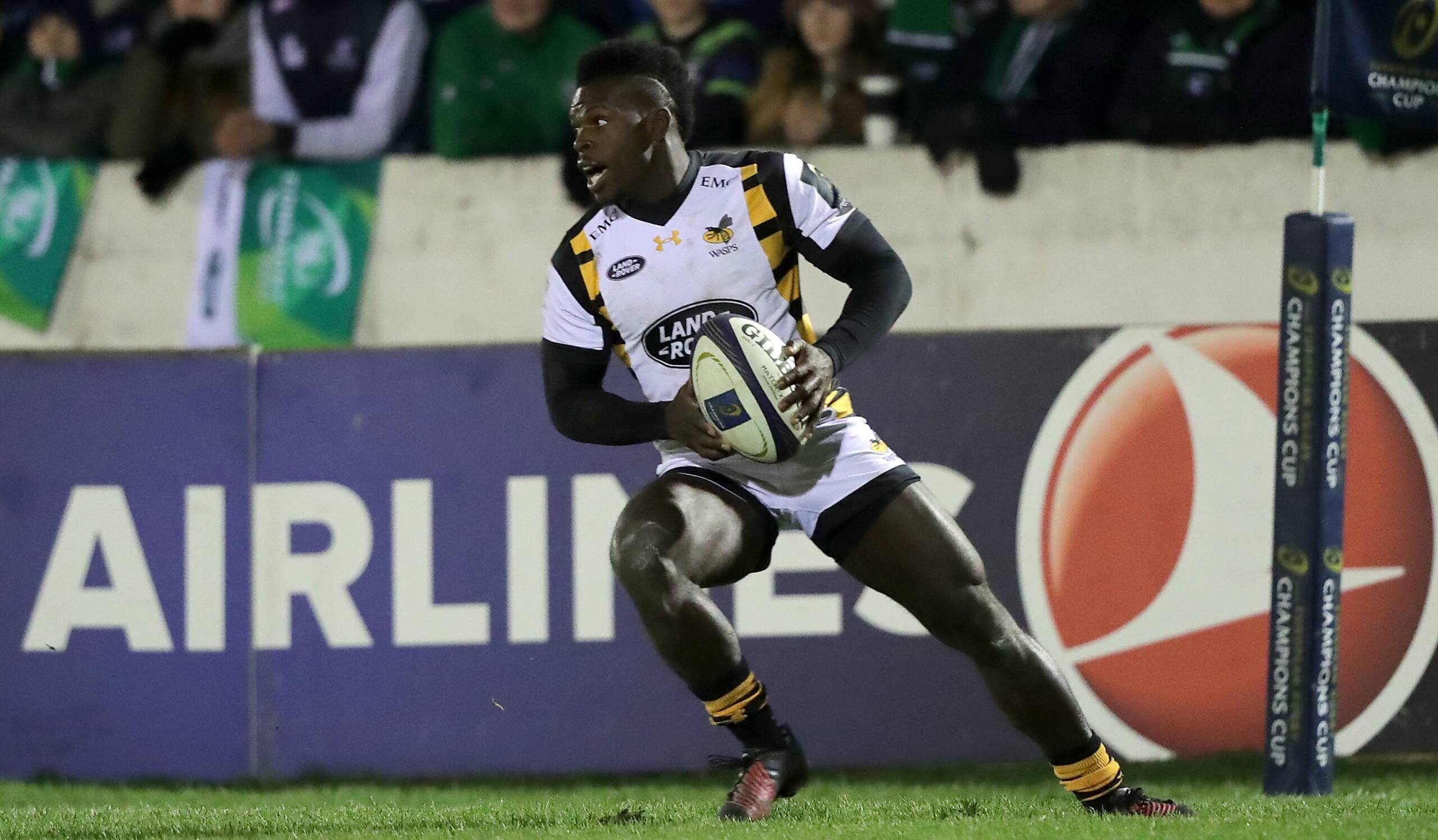 Bath’s trip to Wasps in the Aviva Premiership was bound to throw up some fascinating battles between potential British & Irish Lions, and the 2017 Tour contenders did not disappoint in a scintillating showdown at the Ricoh Arena.

The hosts ended up comfortable 40-26 winners, and it was 2013 Lion Christian Wade who stole the headlines with a thrilling hat-trick to end a personal seven-game try drought.

Many eyes may had been on the match-up between opposing No.10s George Ford and Danny Cipriani before the clash, or that between outside centres Jonathan Joseph and Elliot Daly, but Wade’s blockbuster treble showcased the winger’s extreme pace and deadly finishing ability.

He opened the scoring after just seven minutes, when Thomas Young capitalised on a mistake from Aled Brew to feed Wade, who was in the right place at the right time to score in the corner.

Wade’s second came just five minutes later; a mesmerising finish from a set-piece move that saw him take the ball on halfway and somehow beat six men on his way to the tryline.

And his hat-trick was complete after the interval after when Daly broke brilliantly, cutting inside to beat three defenders before offloading to Australian Kurtley Beale, who then found Wade in space to cross the whitewash yet again.

That took the 25-year-old’s tally to an astonishing 18 tries in the calendar year, smashing the Aviva Premiership record.

“It’s a massive win for us,” he said. “It was a top-of-the-table clash, and it was important to come here and keep our winning streak going.

“To score 18 tries in a year is awesome. Here at Wasps we just play quick rugby, we’ve got a lot of exciting players who like to play the ball.

“We did that today and it really paid off for us.”

Wade was not the only potential Lion to dazzle in Coventry, though, as Joe Launchbury also produced another titanic performance and seemed to be everywhere for 80 minutes in his 100th appearance in a Wasps jersey.

And here comes @WaspsRugby led by our captain @joe_launch on his 100th Wasps appearance! #COYW pic.twitter.com/2UeCHoPus7

While in defeat Ford also impressed, exquisitely setting up two of his side’s tries.
First, Ford fed Dave Attwood for his first-half effort, delaying his offload five metres out to perfection and drawing the tackle to leave Attwood in the clear.

And the England fly-half unlocked the Wasps defence again to secure a try-bonus point for Bath on 66 minutes, taking the ball into space and sucking in several defenders before again timing a key pass for Ben Tapuai to break through and score.