Ireland international CJ Stander topped off a man-of-the-match performance with a bonus-point securing try, as Leinster were downed 29-17 by Munster at Thomond Park. [more] 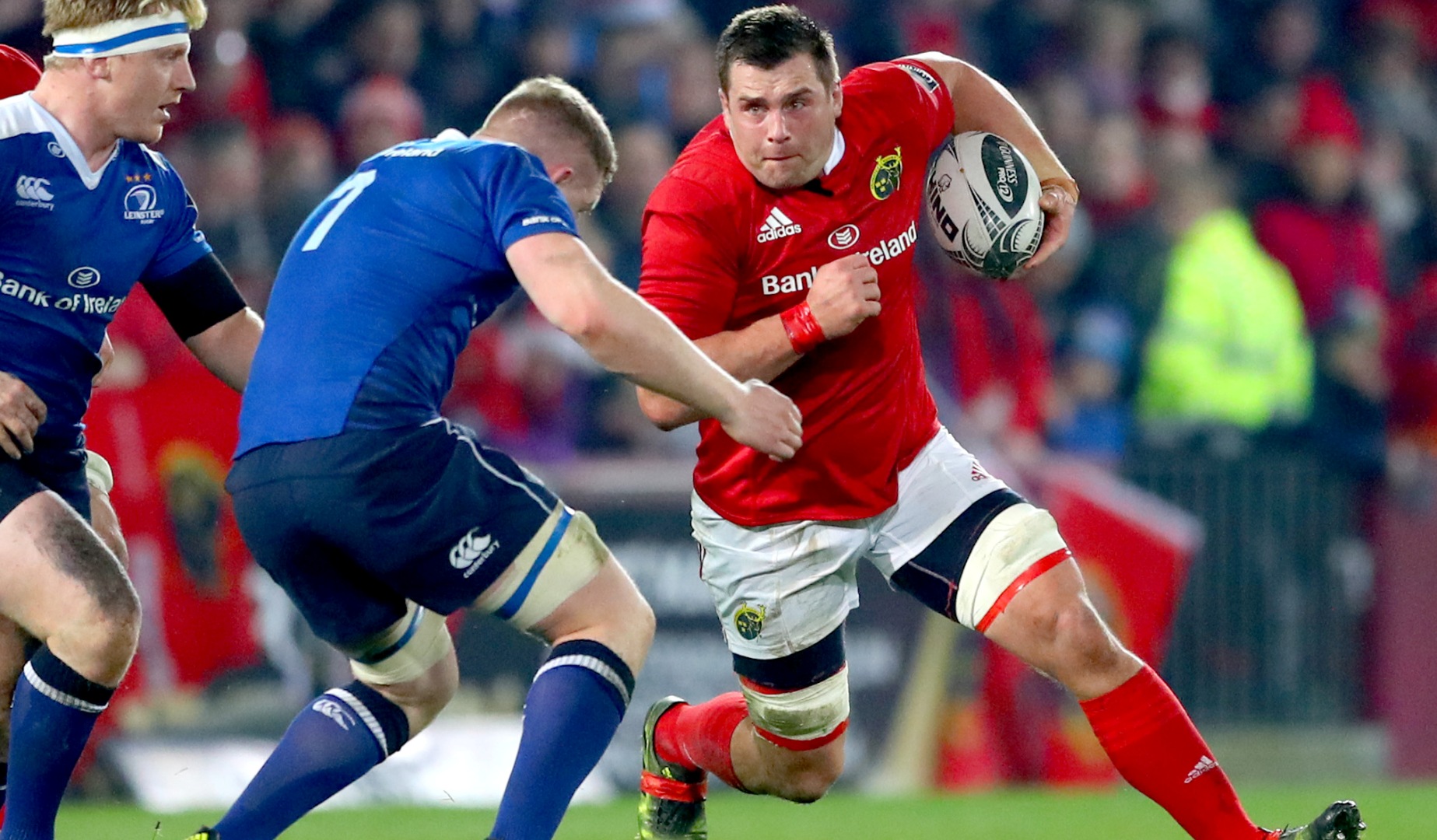 Ireland international CJ Stander topped off a man-of-the-match performance with a bonus-point securing try, as Leinster were downed 29-17 by Munster at Thomond Park.

A host of Ireland stars and potential British and Irish Lions were on display in a fiercely-contested interpro derby, and it was Stander and No.9 Conor Murray that shone on St Stephen’s Day.

Rassie Erasmus’ side were impressive going forward, with patience the key to breaking down a resilient Leinster side that they had not defeated in their last three clashes.

Both of their opening scores were the product of a huge build-up – with 21 phases preceding the second try – and while it was 2013 Lion Simon Zebo and Ronan O'Mahony that crossed the whitewash, it was Murray who was at the fore providing the incisive passes.

Then Murray turned provider through the boot after the interval, chipping a perfectly-weighted cross-field kick with advantage being played for Tommy O'Donnell to leap above Barry Daly and touch down.

No 8 Stander – capped ten times by Ireland this year – made more carries than anyone else on the park with 19, and his nine tackles in defence and three lineouts won helped nullify the boys in blue for most of the second half.

And he finished off a fine all-round showing with Munster’s all-important fourth try, crossing at the back of a rolling maul to give his side a commanding advantage before the hour mark.

The #GUINNESSPRO12 Man of the Match is CJ Stander of @MunsterRugby presented by Gemma Bell on behalf of GUINNESS! #MUNvLEI pic.twitter.com/3HoTFbJuYj