As 2017 approaches, the race is now on for a British & Irish Lions jersey as players from across the home nations compete for a spot in Warren Gatland's squad to face New Zealand next summer. [more] 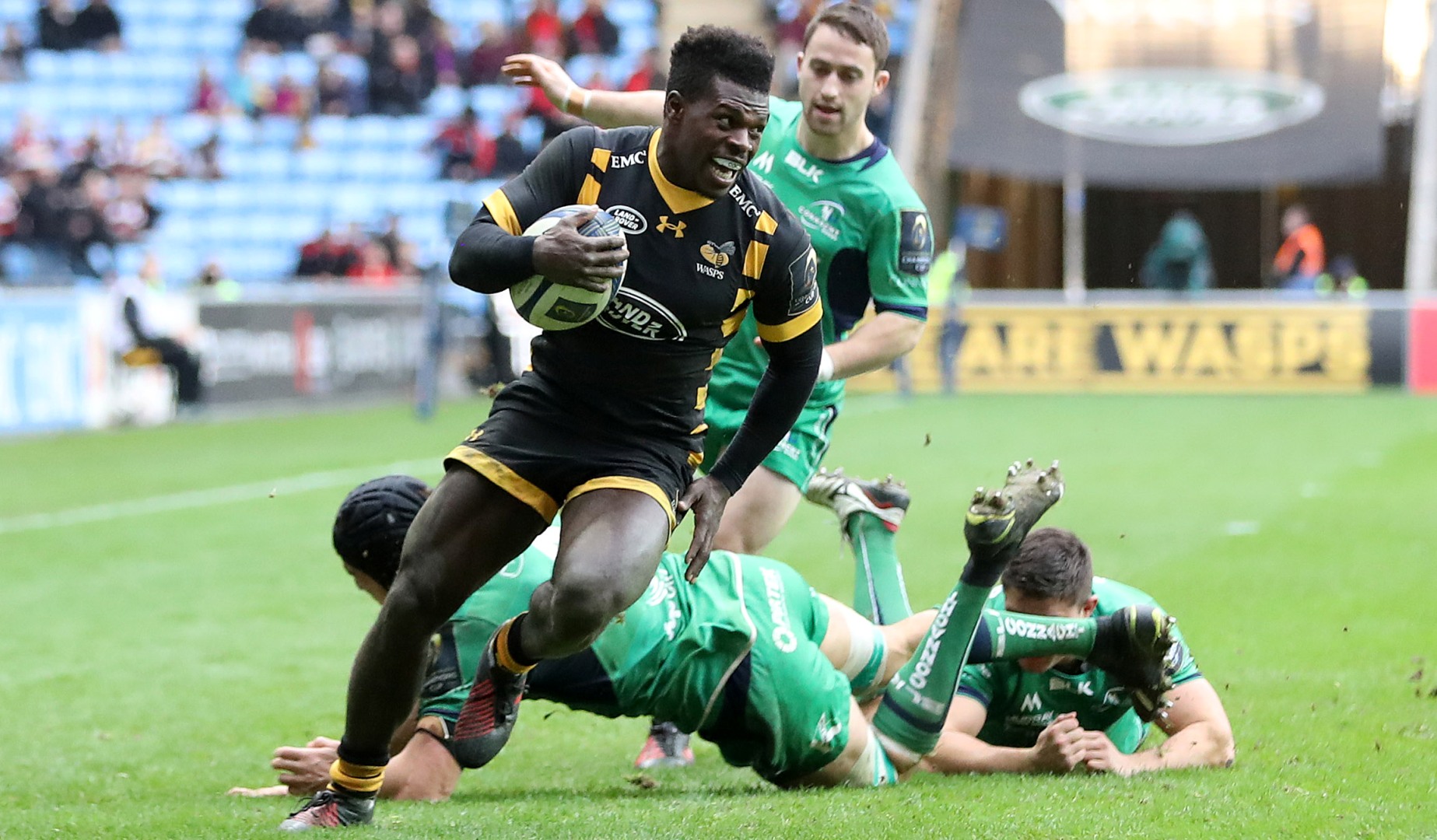 As 2017 approaches, the race is now on for a British & Irish Lions jersey as players from across the home nations compete for a spot in Warren Gatland’s squad to face New Zealand next summer.

One of the most contentious decisions will be on the wing, with a wealth of options at Gatland’s disposal – but if Christian Wade continues his fine form then a second Lions Tour potentially beckons.

Enter now to win a Lions jersey signed by the Coaching Team!?

The Wasps player is one of the most deadly finishers in the league and his hat-trick helped Dai Young’s side down Bath in the Aviva Premiership 40-26 on Christmas Eve – where he smashed the record for tries in a calendar year, scoring his 18th as they beat a top-four rival in an exciting contest.

Wade, known for his quick turn of foot and devastating speed, toured with the Lions in 2013 – arriving as cover and playing in one Tour match against the Brumbies shortly after making his England debut in Argentina.

And he sent a strong message to Gatland here, as he strolled over for a simple finish early on before stepping inside three defenders on the halfway line and racing clear for his second try.

His hat-trick came in the second half and he finished the match with three clean breaks, 84 metres gained and seven defenders grasping at thin air.

While Wade has played just once for England, Simon Zebo has represented Ireland 28 times – and the 26-year-old is bang in form, along with his side Munster.

The Guinness PRO12 leaders stretched their advantage with a convincing 28-17 win against Irish rivals Leinster.

Capable of playing across the back three, Zebo, who also toured in 2013, scored Munster’s first try of the match with an acrobatic finish as Rassie Erasmus’ men secured a bonus-point win.

The energetic Irishman, who played at full-back, made 17 runs – the third most on the pitch – gaining 53 metres, while he was defensively steady, making three tackles.

Another thriller. Thanks for the support everyone! https://t.co/3HuSN3QV6g


The Scottish international, who has won 28 caps, was at his destructive best as he beat six defenders, made four clean breaks and made 63 metres.

Elsewhere, exciting young Welsh winger Ashton Hewitt scored a try in a fine individual display as Newport Gwent Dragons suffered a 27-16 defeat to Cardiff Blues, while Chris Ashton marked his return to the Saracens team with a try as they held off Newcastle Falcons 21-6.

Gatland is spoiled for choice next summer and the RBS 6 Nations will go a long way to determining who makes his squad, but with so many players in form it is a decision which will go right to the wire.

Planet of the eights

With Billy Vunipola injured, now is the chance for other England No 8s to put their hands up and stake a claim for a place in Eddie Jones’ squad.

And no one did that more than Jack Clifford – who scored a try in Harlequins’ win against Gloucester – and made all of his 14 tackles.

Clifford, who made his England debut against Scotland in February, is also dangerous when in possession as he beat four Gloucester defenders, made 42 metres and made two clean breaks.


Thomas Waldrom won his last Test cap in 2013, but he remains one of the Aviva Premiership’s most prolific performers – scoring 45 tries in his last 68 matches.

And the Exeter Chiefs forward was at it again at Sandy Park against former side Leicester Tigers as he scored a try in a convincing 31-10 win.

The versatile CJ Stander, who can play anywhere across the back row, also shone in Munster’s win against Leinster as he made 20 carries – more than  anyone else on the pitch – and made each of his eight tackles.

With so much competition in the back row, Gatland will be delighted to see the level of performance rising each week.