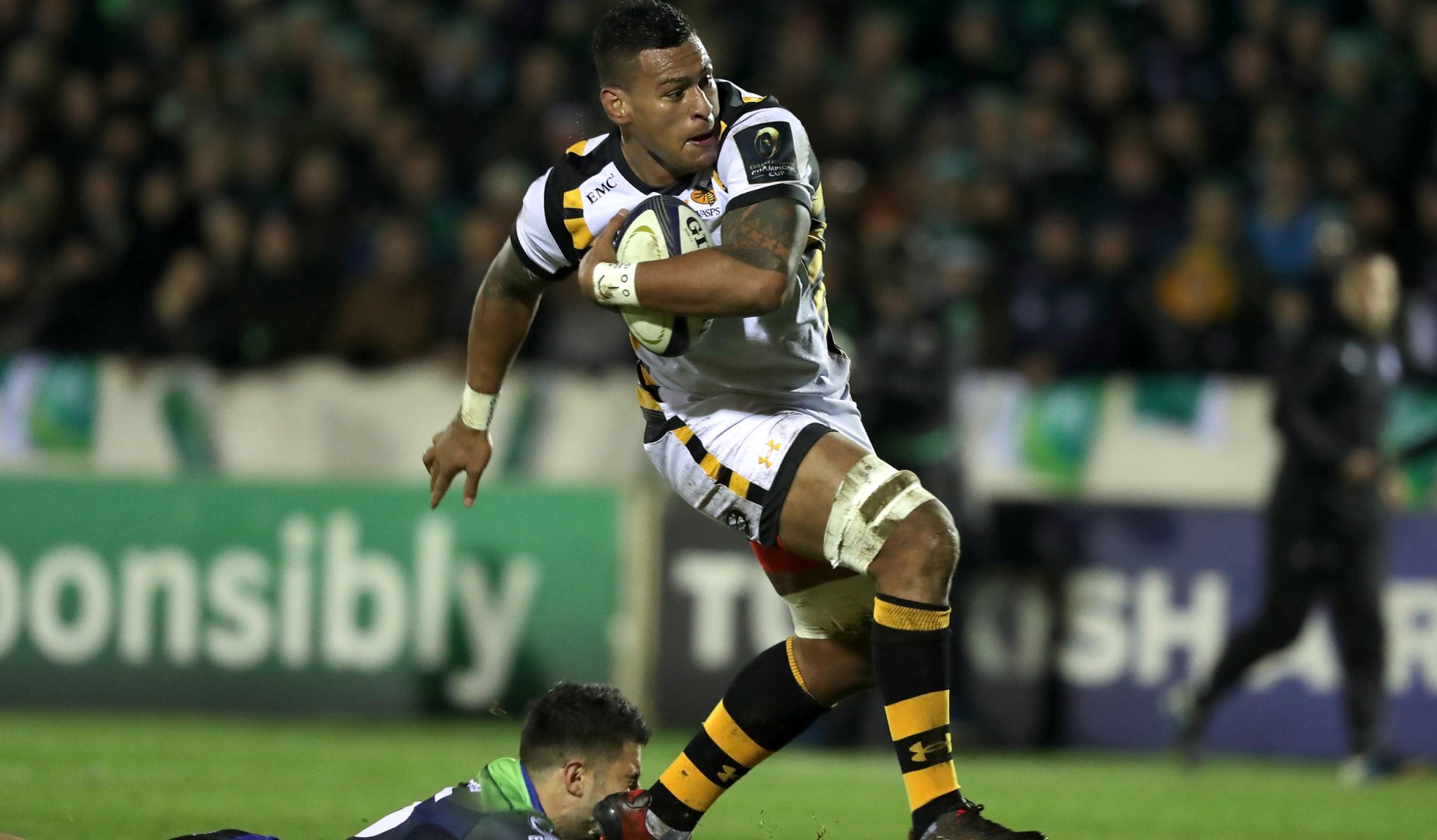 Friday night sees Newcastle Falcons welcome high-flying Wasps to Kingston Park as Aviva Premiership Round 12 kicks off ahead of a bumper schedule on New Year’s Day.

Wasps are in fine form, second in the English top flight and level on points with current champions Saracens, they have lost just twice in league action this year, with only points difference separating the two sides.

Enter now to win a Lions jersey signed by the Coaching Team?

Christian Wade dazzled and delighted for Wasps on Christmas Eve, scoring a breathtaking hat-trick that will live long in the memory.

Newcastle have been a real force this year – claiming big wins over Northampton Saints and Harlequins – and though they sit ninth, they are just four points from sixth place.

With the likes of Wade, Nathan Hughes, Danny Cipriani and Elliot Daly in the hunt for The British & Irish Lions Tour to New Zealand in June 2017, we run the rule over some key talking points ahead of Friday night’s clash.

Can Hughes nullify Falcons’ back row?

Dean Richards has put together a back row of real quality – Mark Wilson seems perennially in contention for man-of-the-match honours, Opeti Fonua is a man mountain and Ally Hogg is a proven Test operator that has had a real renaissance.

He will be disappointed to lose Callum Chick to injury, but Fonua provides a powerful threat from the base.

Hughes was exceptional on his first start for England against Australia and with Billy Vunipola set to miss the RBS 6 Nations, every game is a chance for Hughes to push for that starting spot against France at Twickenham.

Jack Clifford is looking strong for Harlequins, scoring against Gloucester at Twickenham on Tuesday, but if Hughes can dominate on a tough night in Newcastle, he will further strengthen his claim to the jersey.

Will Wade back up hat-trick showing?

After his thrilling hat-trick against Bath Rugby, 2013 Lion Wade now has seven league tries to his name this season.

As his six tries in one game against Worcester Warriors last year showed, he is capable of the miraculous.
But Newcastle have been effective defensively this year and it is unlikely that such free-scoring antics will play out.

Falcons have game-breakers of their own in Marcus Watson and Vereniki Goneva, but if Wade can show a flashes of the brilliance that inspired Dai Young’s side to a 40-26 win over third-place Bath Rugby, he could be the key to victory for the Coventry outfit.

Who will edge the half-back battle?

Though Andy Goode’s appearance last year helped to steady the ship, Joel Hodgson’s coming of age at fly-half has been one of the real positives to Newcastle’s season.

Inside him is Tongan Sonatane Takulua, who can relieve the pressure of goal kicking, and with 20 Test caps to his name, is a really steadying influence on his 24-year-old half-back partner.

They are up against two of the league’s stand-out half-backs in Cipriani and Dan Robson.

Cipriani looks ever-more consistent, but still retains the electric outside break that catapulted him to Test level in 2008 and will exploit in any breaks in Newcastle’s line.

Robson scores a lot of tries for a scrum-half – he has three this season – and has the knack of finishing off line breaks with his inside support runs.

Yet his service is first-rate and he controls the game well, with the battle between these four players to take a central role on Friday night.