With just four weeks to go until the RBS 6 Nations and just six months until Warren Gatland leads his British & Irish Lions to New Zealand, time is of the essence for players hoping to book themselves one of the most exclusive plane tickets around this summer. [more] 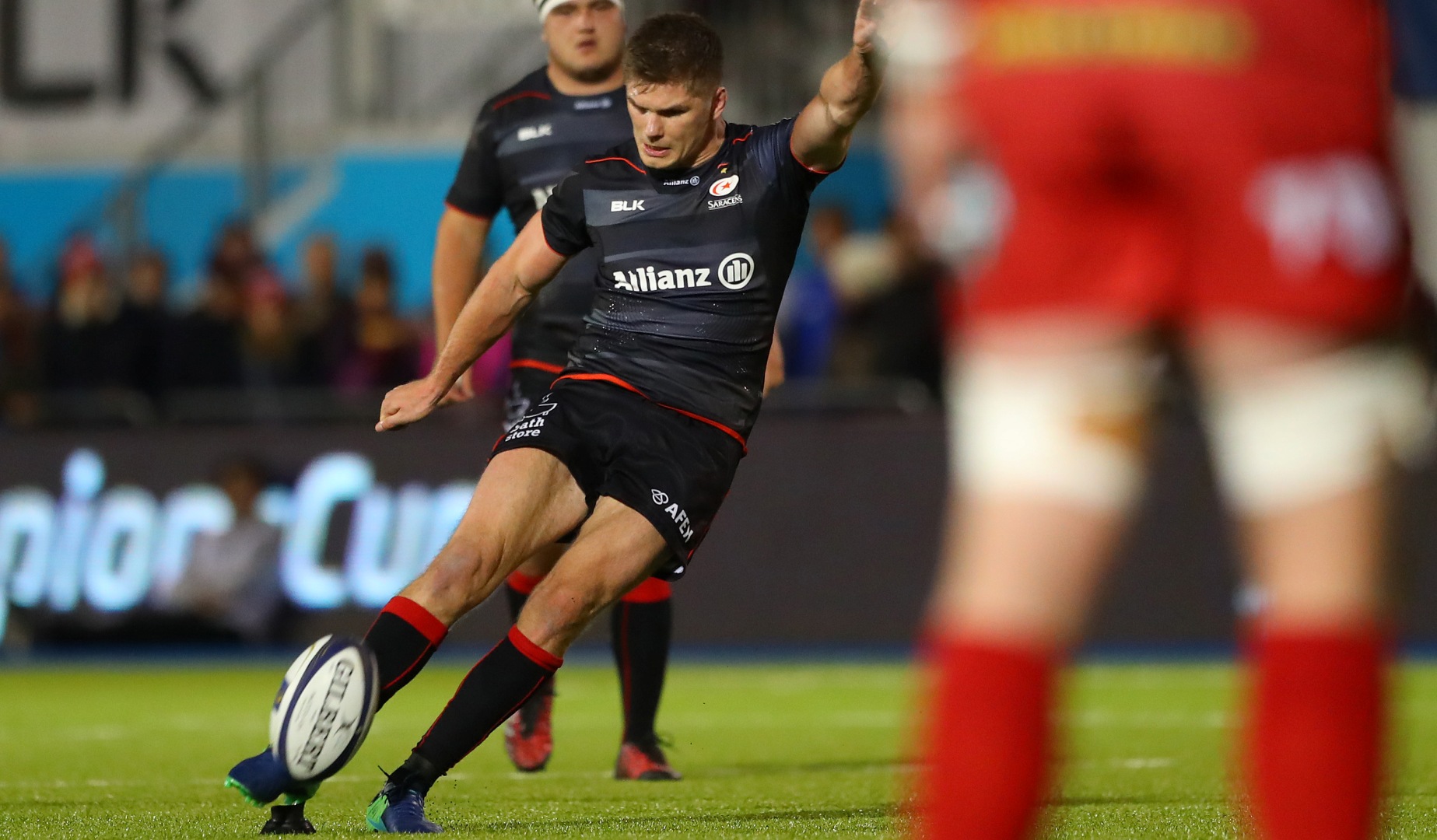 With just four weeks to go until the RBS 6 Nations and just six months until Warren Gatland leads his British & Irish Lions to New Zealand, time is of the essence for players hoping to book themselves one of the most exclusive plane tickets around this summer.

And the battle for the ten jersey is heating up every week, with four potential Lions putting their hands up and catching Warren Gatland’s attention.

Owen Farrell was at the top his game as he scored all of Saracens’ points in their 16-12 win away at Leicester Tigers, as the defending Premiership champions won for the tenth time this season.

Farrell, who plays at inside centre for England, toured with The British & Irish Lions in 2013 – making one appearance off the bench in the decisive third Test as the Lions beat Australia to win the series 2-1.

One of the best kickers in world rugby, it was no surprise to see Farrell slotting over three penalties and a conversion in the tense victory.

But where the 25-year-old will be hoping to show Gatland that he is a candidate for the No 10 jersey is with ball in hand and he did his chances no harm at all at Welford Road.

Saracens captain Brad Barritt, also a 2013 Lion, slipped the ball to Farrell – who threw a dummy and darted under the posts for the only try of the match.

Cipriani continues to make his case

Danny Cipriani is not currently part of the England squad under Eddie Jones, but the Wasps fly-half once again showed how much he has to offer with a stellar performance for Wasps against Newcastle Falcons.

We have lots to improve on. Which is a great thing, we can keep getting better. Attitude and desire can not be questioned ?? @WaspsRugby


Dai Young’s side moved top of the Aviva Premiership, and Cipriani’s moment of magic – where he pounced on a loose ball, chipped over the top of the Falcons backline and strolled in for a try – encapsulated an end-to-end, thrilling first half.

The 29-year-old, who has won 14 England caps, was also reliable with the boot as he slotted over three conversions at Kingston Park.

With George Ford and Farrell in such fine form and proving reliable to Jones as England continue to move on an upwards trajectory, Cipriani may find it difficult to force his way into his side – but if he continues to play at such a high level then he could be a potential Lions bolter.

Stuart Hogg is already locked in an intense battle for a Lions place at full-back – but could his ability to cover fly-half bring a new aspect to the selection battle?

Stuart Hogg is named Man of the Match


The Scotland international started at ten for Glasgow Warriors’ 35-28 win against Benetton Treviso – and he put in an immense display as the Scottish side earned their seventh win of the Pro12 season.

Known for his dangerous running, Hogg darted 80 metres to score a first-half try – and his kicking was impeccable as he booted five conversions. That man of the match display earned praise from coach Gregor Townsend, proof of another string to Hogg’s bow.

If Gatland was looking for further evidence that he has some of the best wingers in the world at his disposal, then he got it once more last weekend with stand-out displays from across the home nations.

I might be 24 hours late but OMG @nowellsy15 was utterly ridiculously brilliant for @ExeterChiefs v @bathrugby as good as you will ever see!


The most intriguing match-up came at The Rec as Semesa Rokoduguni and Jack Nowell went head to head as Bath and Exeter Chiefs clashed – in a match where both excelled.

Rokoduguni scored Bath’s only try of the match after a powerful 80-metre surge, which he finished off shortly after, while Nowell was named man of the match for his barnstorming display – which saw him make 110 metres and beat seven defenders.

There will be further delight for Gatland at seeing Anthony Watson return from injury for Bath, and he will hope to get sharper and fitter before the RBS 6 Nations.

Elsewhere, Wales winger George North made a successful return from injury as Northampton Saints beat Gloucester 13-12, while Tommy Seymour underlined his credentials by scoring a try for Glasgow Warriors.