It's a big weekend of domestic action across both the Aviva Premiership and Guinness PRO12 ahead of the return of Europe next weekend and there are plenty of tantalizing match-ups from a Lions perspective. [more] 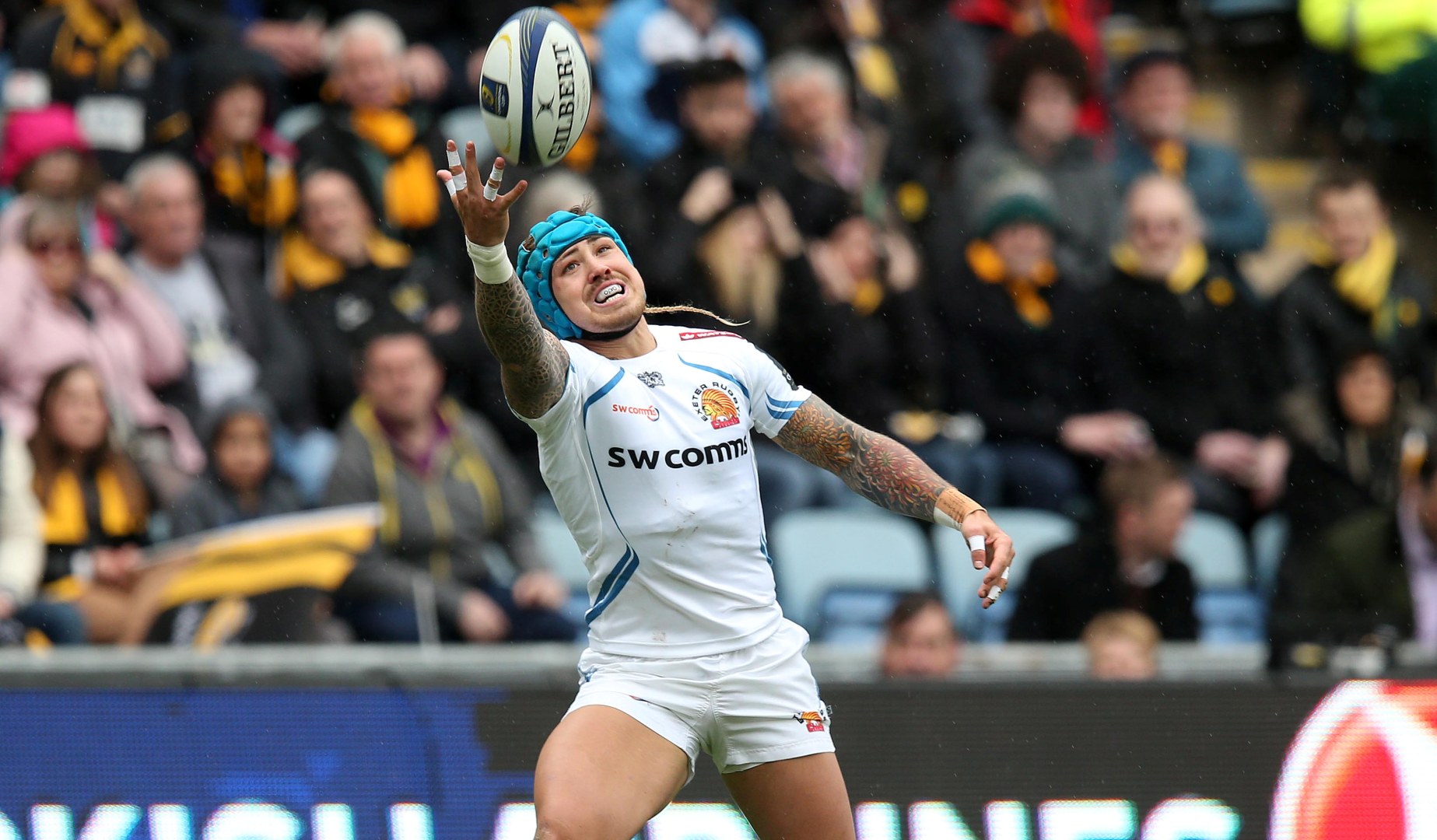 It’s a big weekend of domestic action across both the Aviva Premiership and Guinness PRO12 ahead of the return of Europe next weekend and there are plenty of tantalizing match-ups from a Lions perspective.

At the top of the table in England in-form Exeter Chiefs will travel to champions Saracens, where a trio of 2013 Lions will go up against potential 2017 tourists, while leaders Wasps will be looking to cement their place at the top against Leicester Tigers with one returning flanker looking to make an impact.

Add in back-three battles in both leagues, and a big European encounter for Munster, and it’s a weekend not to be missed.

They will be looking to build on that success, as well as a win at Sandy Park earlier this season, when the two meet this weekend, but the Chiefs arrive brimming with confidence after victories over Bath and Leicester.

There are plenty of intriguing individual battles on show, not least in the second row where Maro Itoje will go head-to-head with 2013 tourist Geoff Parling.

The Chiefs pack is not bursting with big names, but has regularly bested opponents this season, with Parling a key figure for his line-out prowess and leadership ability.

That battle up front will be crucial in determining the influence of the respective backline, where Saracens can call on a pair of 2013 Lions.

Brad Barritt has led by example for Sarries this season, and will look to bring his trademark defensive solidity, while offering plenty in attack, including setting up the only try of last week’s win over Leicester.

He will face off with England rival Henry Slade, who shifts into the inside centre role, having spent much of the season switching between outside centre and fly-half.

Slade returns having missed the win over Bath last time out, and will be looking to stake a claim for a spot in Eddie Jones’ England squad.

Doing likewise will be Jack Nowell on the wing, and he faces the challenge of going up against 2013 Lion Sean Maitland, who has impressed out wide since joining Sarries.

Maitland has a similar task on his hands as he tries to nail down a starting spot for Scotland in the RBS 6 Nations.

There was plenty of movement this week at Leicester with Richard Cockerill moving on after nearly eight years in charge, so Tigers will no doubt be keen to pay tribute to their old boss with a good performance.

It will all start up front, and the battle of the front rows looks an enticing one, with Lions duo Tom Youngs and Dan Cole joined by rising star Ellis Genge for the Tigers.

Wasps have plenty of firepower in their backline, so will be keen for Matt Mullan, Tommy Taylor and Marty Moore to get the upper hand up front to create a platform for them.

There is another notable return on the Wasps side, with James Haskell making his first appearance of the season after undergoing surgery this summer.

Haskell was a key part of Jones’ England side in their Grand Slam victory and Australian whitewash in 2016, and will be keen to re-establish himself before the RBS 6 Nations.

He is due to come off the bench in this one, with Thomas Young, Guy Thompson and Nathan Hughes starting in the back row.

Wing battles across the home nations

The race for wing spots with the Lions will go down to the wire, and there are a number of head-to-heads this weekend that might have a bearing on RBS 6 Nations spots.

North made his return to action last weekend away to Gloucester, but takes on Varndell, who has been scoring tries for fun in a recent Bristol resurgence.

Another man in-form is Sale Sharks’ cross-code convert Denny Solomona, who will be England-qualified by the time the Lions tour rolls around this summer, but he will have it all to do away to Harlequins – still unbeaten at home this season – and current England winger Marland Yarde.

And in the Guinness PRO12, watch out for Glasgow Warriors’ clash with Cardiff Blues, where Tommy Seymour will be battling Maitland from a distance for a Scotland spot, while going up against potential Wales adversary Alex Cuthbert.

Last but not least, Munster will travel to Paris this weekend to take on Racing 92 in their rearranged fixture from October.

That game was postponed after the tragic passing of Anthony Foley, and the Munster players will be eager to pay fitting tribute to Axel with a third win in four games in Europe.

Perhaps the most eye-catching part of their team selection comes in the back row, where CJ Stander starts at No 8, with Peter O’Mahony picked at blindside and Tommy O’Donnell at openside.

With Lions duo Conor Murray and Simon Zebo also starting, Munster know that victory would be a giant step towards reaching the last eight in the competition.