Munster served up another fitting tribute to Anthony Foley as they downed Racing 92 in Paris in their re-arranged European Champions Cup fixture. [more] 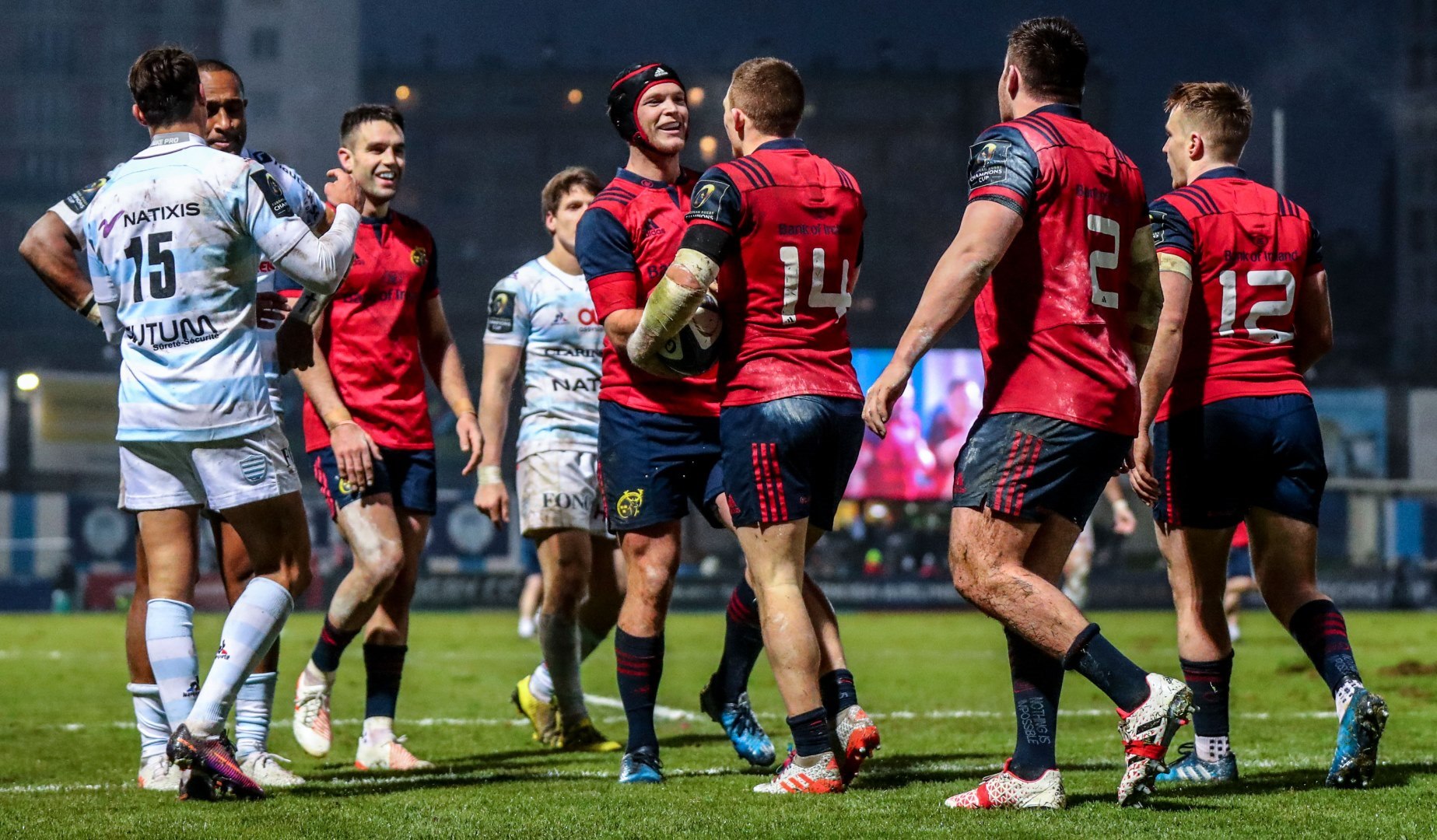 Munster served up another fitting tribute to Anthony Foley as they downed Racing 92 in Paris in their re-arranged European Champions Cup fixture.

Originally scheduled to take place back in October, the death of former Ireland No 8 and Munster coach Foley in Paris rocked the proud province to its core and the game was understandably called off.

But since his death, Munster have been superb both domestically and in Europe and Saturday afternoon was no different at the Stade Yves Du Manoir.

Simon Zebo, man of the match CJ Stander and Andrew Conway all went over for tries in the first half as the Irishmen opened up a 25-0 half-time lead.

And after the interval Niall Scannell sealed the bonus point as the two-time former champions took control atop Pool 1.

Both sides wore red t-shirts to warm up for the clash with ‘Foley 8’ on the back and an impeccable minute’s silence was observed before the clash.

But that was the end of the niceties as Munster then tore into their French opponents for the rest of the first half.

And with a British & Irish Lions Tour to New Zealand coming up later this year, a number of Munster’s star men produced excellent showings.

First to go over was 2013 Lion Zebo, the full-back scrambling over after being fed by fellow Lion Conor Murray.

Man of the match Stander, who finished the game with 21 carries for 62m, then produced a bullocking charge to go over for the second.

And they were not done there in the first half as the irresistible Murray put a perfectly weighted grubber kick through for Conway to dot down the third and effectively seal victory before the interval.

Scannell’s score at the back of a rolling maul – orchestrated by the superb Donnacha Ryan – soon into the second half secured  the bonus point and while Matthieu Voisin scored a consolation for the hosts, Munster are now clear on top of the pool.

Ireland News
Previous story LionsWatch: Scott and May on form for Gloucester
Next story Your Club Your Lions: Bridgend Ravens